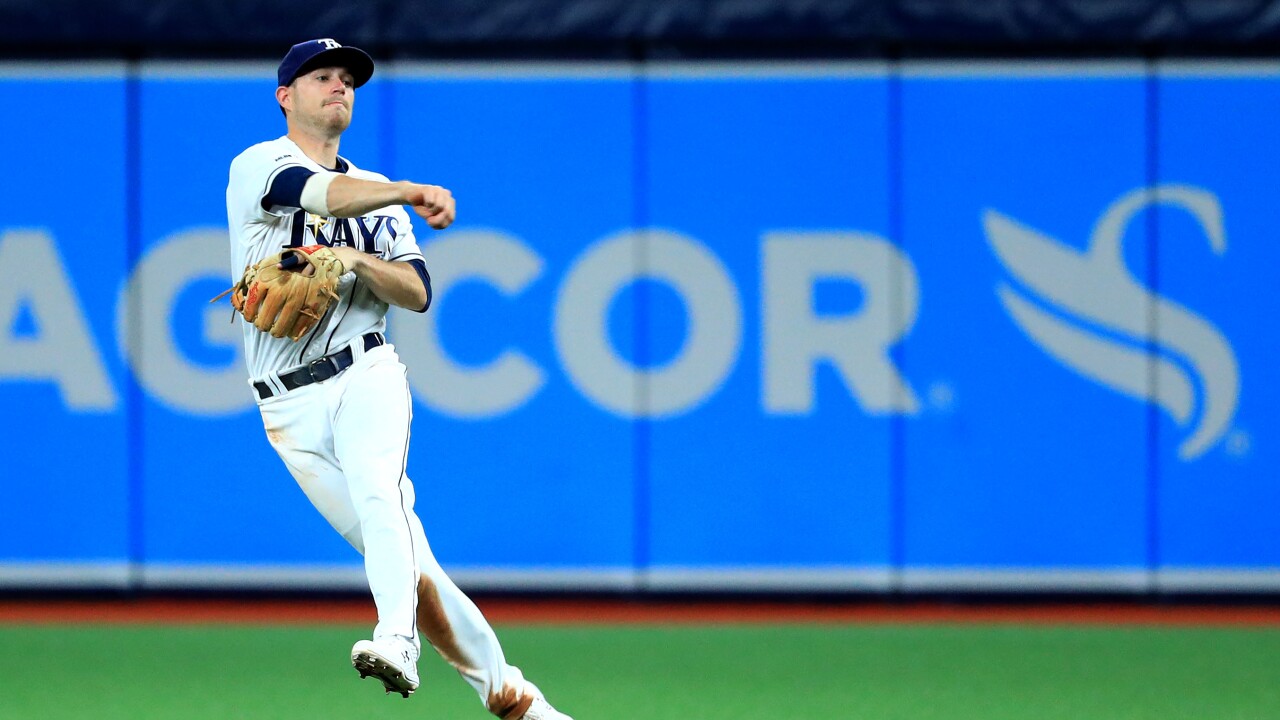 ST. PETERSBURG, Fl. – After suffering a leg injury while on a rehab assignment on August 22nd, it was expected that Tampa Bay Rays infielder Brandon Lowe would be out for the remainder of the 2019 MLB season.

On Sunday, the Nansemond River High School product made an early return when the Rays activated him from the 60-day injured list. In Tampa’s matchup with the Boston Red Sox he played second base and hit fifth, going 1-for-3.

Lowe returns at a crucial point in the season, as the Rays currently have a one-game lead over the Cleveland Indians for the second AL Wild Card spot.

He was one of the most productive members of the roster before his injury. Heading into the All-Star Game, which Lowe was selected to play in, he had a .276 average, 16 home runs and 40 RBI in 279 at bats.

Lowe was drafted by the Rays in the 3rd round of the 2015 MLB Amateur Draft out of the University of Maryland.

Ok, @Sweet_n_Lowe5 got his applesauce.