First Warning Forecast: First day of fall, but summer is holding on strong 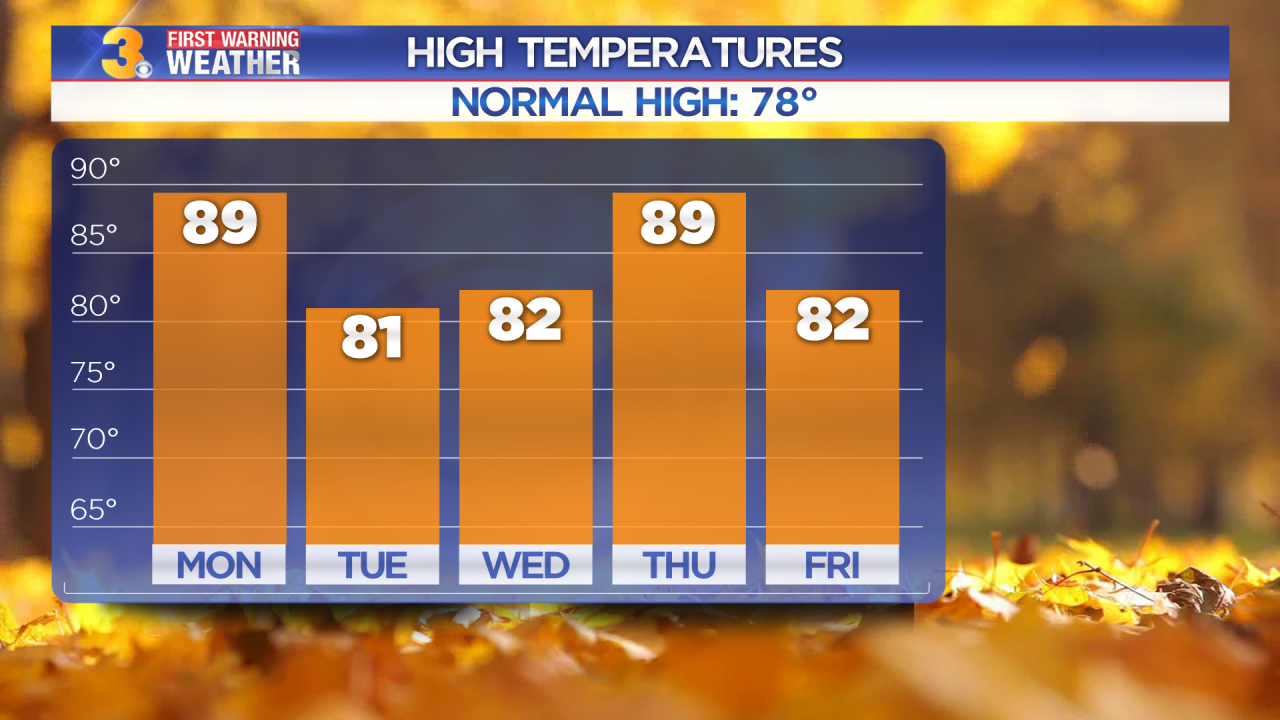 We officially said goodbye to Summer this morning, but Mother Nature has a different plan for our weather. We’ll be trending 10 degrees above normal today and we’ll warm up substantially ahead of a frontal passage with mostly sunny skies and highs in the upper 80s. Humidity will be high as well. By midnight, clouds will be on the increase with a weak cold front moving through.  Showers will be possible overnight through midday Tuesday along the front.

After a cloudy start, Tuesday will gradually turn sunny. It’ll be a little cooler Tuesday with highs in the low 80s. High pressure will build in on Tuesday, which will keep conditions mainly dry with highs in the low and mid 80s. Another cold front will move through Thursday, but again rain chances will remain low. Quiet weather looks to continue to end the work week.

Tropical Storm Jerry is moving toward the north-northwest near 10 mph, and this general motion should continue on Monday. A turn to the north is expected Monday night followed by a turn to the northeast on Tuesday. On the forecast track, the center of Jerry is expected to pass near Bermuda by Tuesday night. Maximum sustained winds are near 65 mph with higher gusts. Gradual weakening is expected during the next few days.

Tropical Storm Karen is moving toward the west-northwest near 12 mph. A turn toward the northwest is forecast to occur on Monday, followed by a turn toward the north on Tuesday. On the forecast track, the center of Karen will move across the eastern Caribbean Sea tonight through Monday night. On Tuesday, Karen is expected to pass near or over Puerto Rico and the Virgin Islands. Maximum sustained winds are near 40 mph with higher gusts. Little change in strength is expected during the next couple of days.