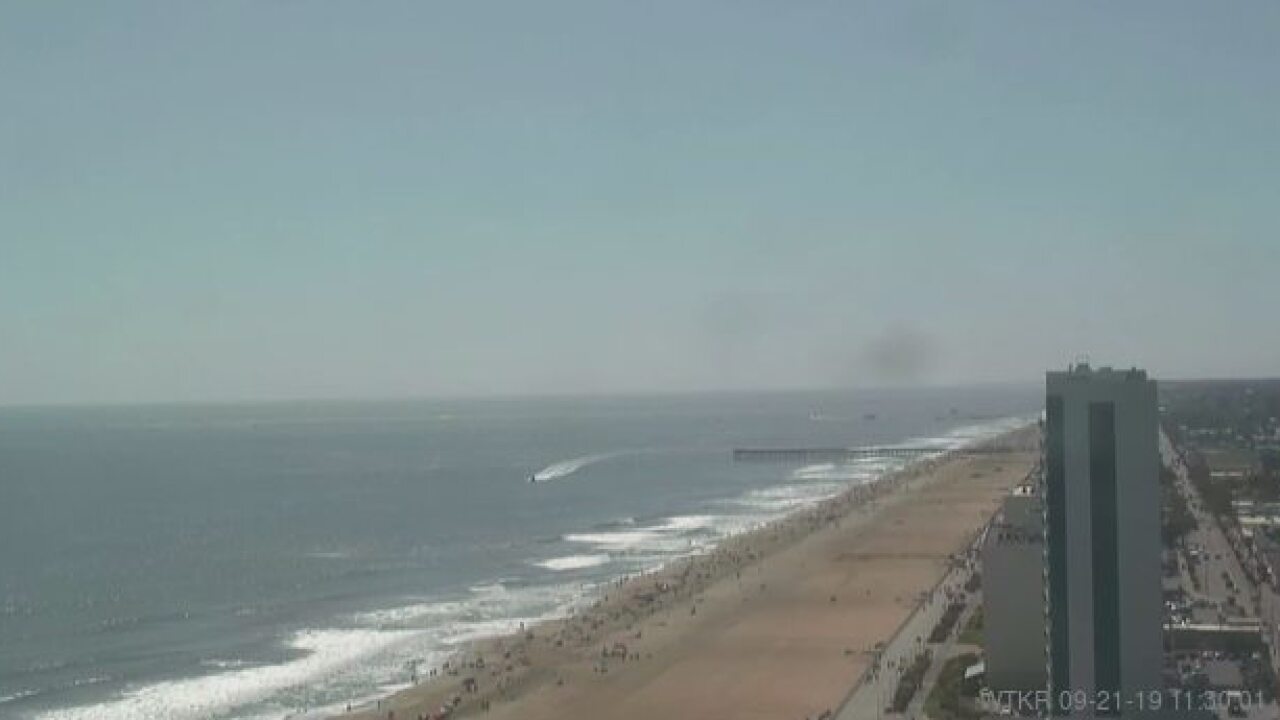 The last two days of summer are shaping up to be gorgeous!

Skies will be mostly sunny today. Temperatures will be warmer with highs in the low 80s. Winds will be out of the southwest around 5-10 mph. It will still be very comfortable with dewpoints in the mid and upper 50s. If you’re thinking about heading out to the beach today, keep in mind there is a high risk of rip currents at area beaches, so the red flags will be flying. Not as cool overnight. Low temperatures will fall to the mid 60s.

Sunday will be another gorgeous day! Expect mostly sunny skies with warmer temperatures. Temperatures will be in the mid and upper 80s. The humidity will start to creep up a bit as well. Overall, a really nice weekend especially if you’re heading out to the air show at NAS Oceana.

We’ll say goodbye to the summer season, but not to the summer temperatures on Monday. Monday is the First Day of Fall, but will also be the warmest day over the next seven. Highs will warm to the mid and upper 80s. A cold front will move in Monday night and Tuesday. Keeping a slight chance for a shower, but most of the moisture will be gone by the time it reaches us here along the coast.

High pressure will build in on Tuesday, which will keep conditions mainly dry with highs in the low and mid 80s. Another cold front will move through Thursday, but again rain chances will remain low. Quiet weather looks to continue to end the work week.

Tropical Storm Jerry is moving toward the northwest near 14 mph, and this general motion is expected to continue today. Jerry is forecast to turn northward on Sunday and then accelerate northeastward early next week. On the forecast track, the center of Jerry will continue to pass well north Puerto Rico today and pass well east of the southeastern Bahamas on Sunday. Data from an Air Force Reserve hurricane hunter plane indicate that the maximum sustained winds of Jerry remain near 65 mph with higher gusts. Little change in strength is forecast during the next several days.

A tropical wave located several hundred miles east of the Windward Islands is producing a large area of showers and thunderstorms. The wave is forecast to move quickly westward to west-northwestward at 15 to 20 mph for the next day or two, crossing the Windward Islands on Sunday. Although the system is currently disorganized, environmental conditions appear to be conducive for some development and a tropical depression could form later this weekend or early next week. A NOAA Hurricane Hunter aircraft is scheduled to investigate this system this afternoon.

A broad area of low pressure centered near the eastern tip of Cuba continues to produce only disorganized showers and thunderstorms. Significant development of this system is not expected while it moves slowly west-northwestward during the next couple of days due to strong upper-level winds and interaction with land.

A tropical wave is forecast to move off the west coast of Africa by Sunday. Environmental conditions are expected to be conducive for development, and a tropical depression or tropical storm is likely to form early next week while the wave moves westward across the eastern tropical Atlantic.