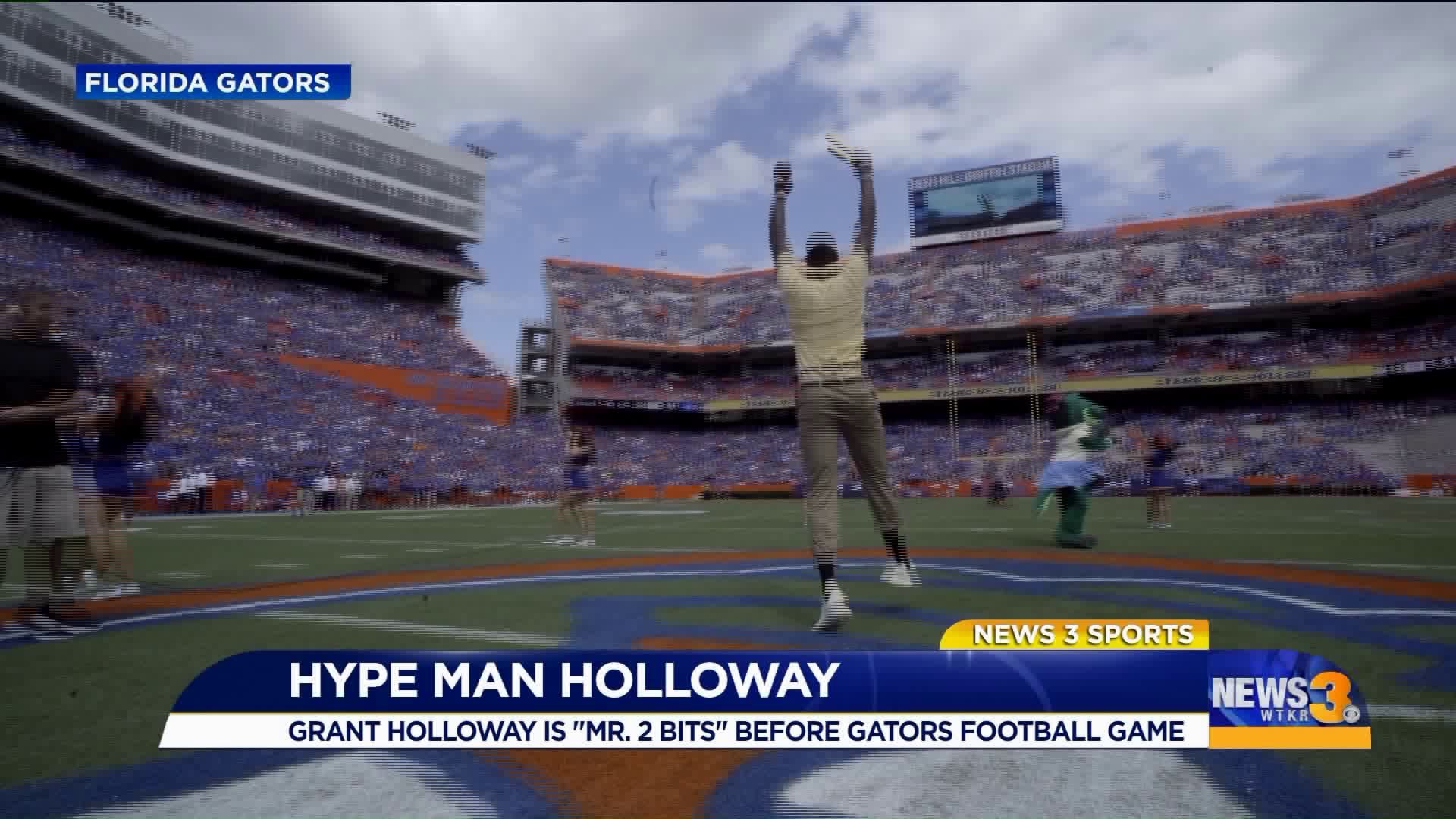 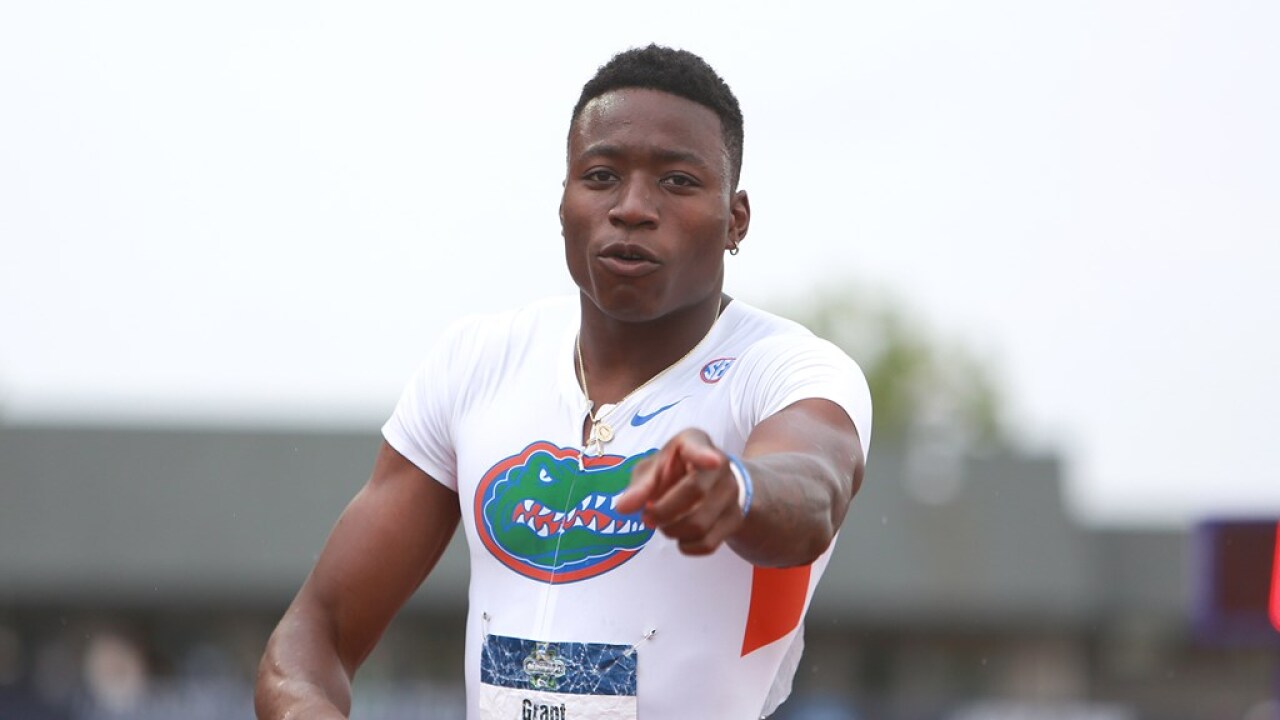 DES MOINES, IA - JUNE 24: Grant Holloway clears a hurdle in the semifinal of the Mens 110 Meter Hurdles during day 4 of the 2018 USATF Outdoor Championships. (Photo by Andy Lyons/Getty Images)

GAINESVILLE, Fl. - Chesapeake native Grant Holloway, the 2018-19 SEC Male Athlete of the Year, created an impressive legacy for himself during his time with University of Florida track and field.

Holloway decided to go pro earlier this year, but there was one more thing he had to accomplish at the University of Florida.

Before Gators home games, an honorary "Mr. Two Bits" performs a routine in The Swamp that gets the crowd hyped up for the game.

Before Saturday's Florida-Tennessee game, his wish was granted and he got to perform the routine in front of a packed house.

I mean, did we expect anything other than one of the greatest #MrTwoBits routines ever?

He holds Florida's program record as an eight-time NCAA champion, is a six-time SEC champion and a two-time The Bowerman finalist.

On Sunday, he heads to Doha, Qatar for the IAAF World Championships with this year's fastest time in the 110-meter hurdles.