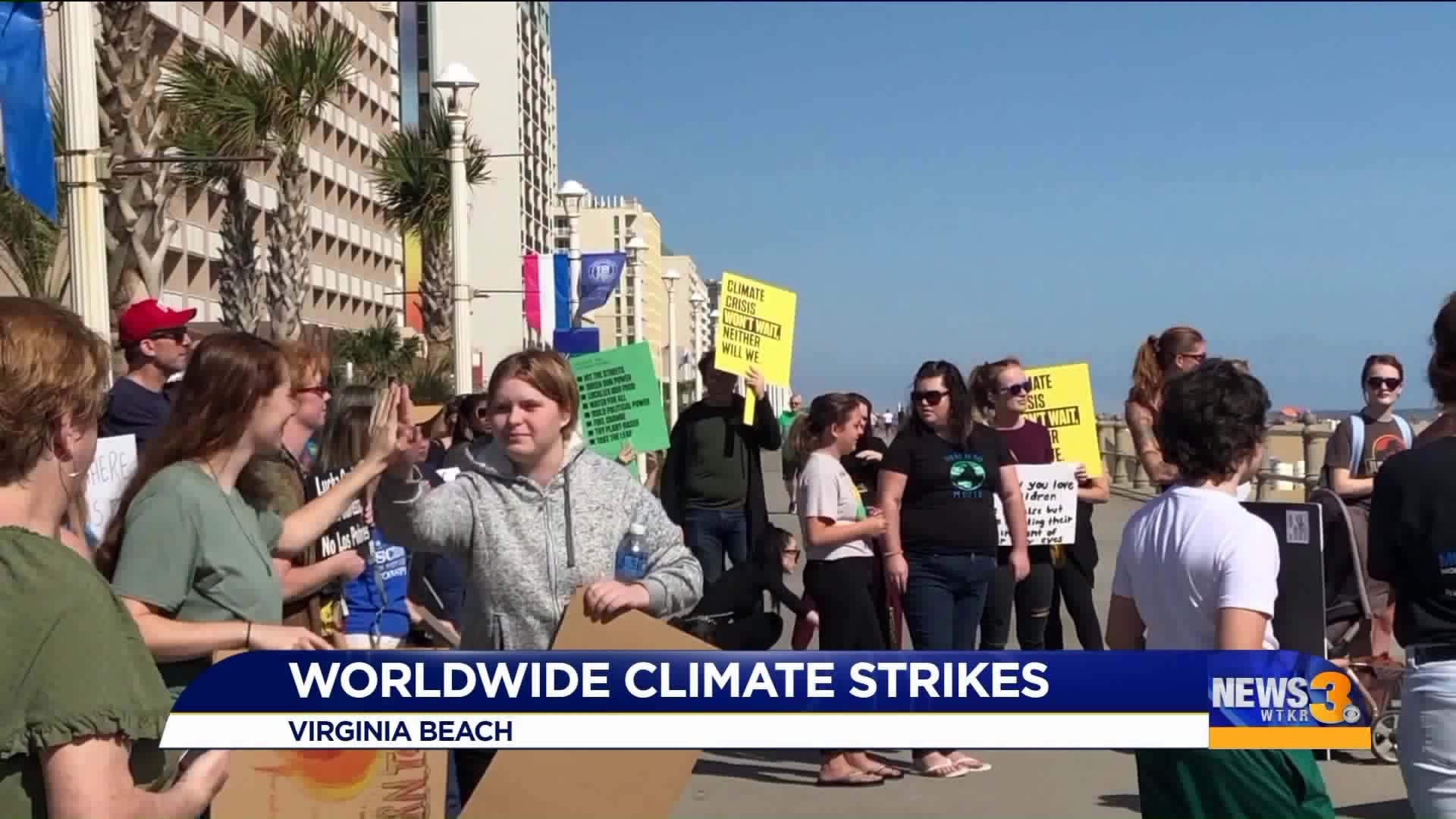 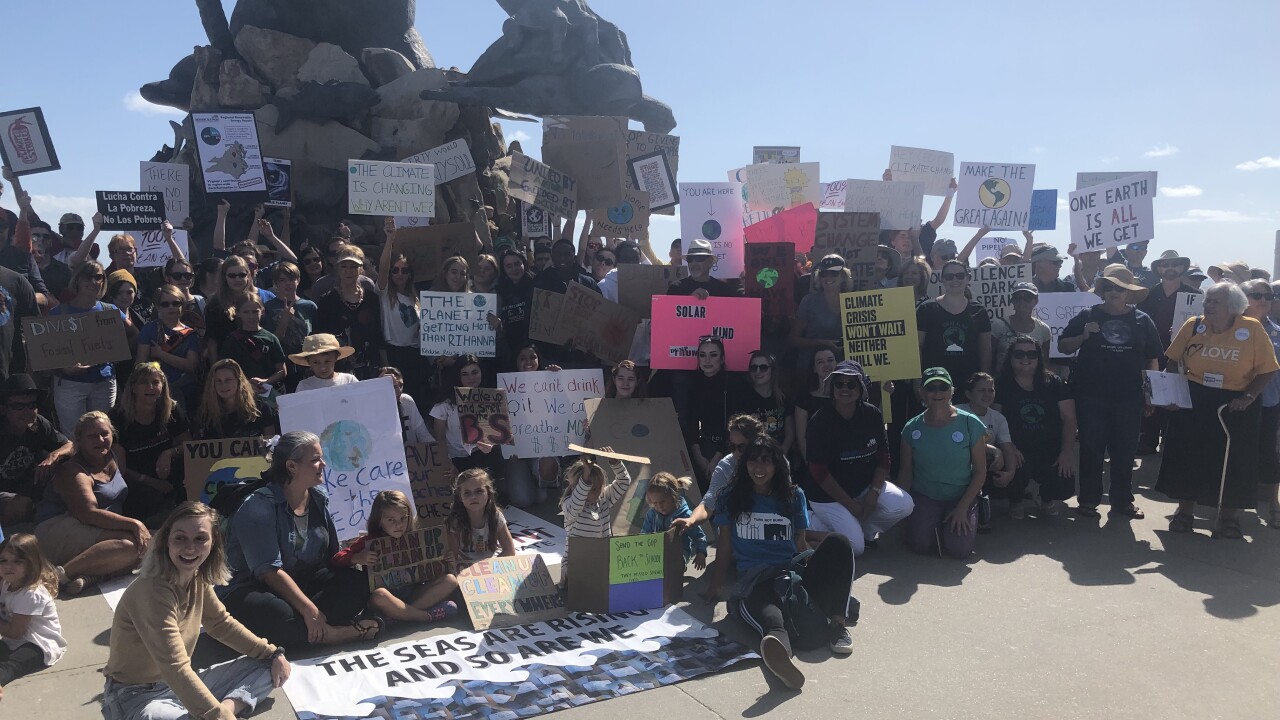 “Fossil fuels have got to go,” the crowd yelled.

Students - and adults supporting their mission - gathered in Virginia Beach and Newport News to demand action on the global climate crisis.

Morgan Duyos was one of the organizers at the strike along the Oceanfront.

“I hear from a lot of my friends that they don’t want to have kids because they don’t want them to grow up in a ruined world. Their moms aren’t gonna get grandkids,” Morgan Duyos, a Virginia Beach student, said.

A ruined world they said is brought on by fossil fuels.

The strikers here joined thousands across the world as they walked out of school and their jobs, calling on change.

“My concerns are the warming climate, increased weather events such as back in May we had four tornado warnings in Virginia Beach,” said Mother Up Front volunteer Golden Carter. “I’ve lived in Virginia since 2006, and we’ve never had that. Hurricanes are worse.”

Two years ago, President Trump pulled out of a climate agreement, which set the standard to combat the issue.

"The Paris Accord would do nothing to improve our environment,” the president mentioned last week in Baltimore.  "It would only punish our country while foreign polluters operate with impunity."

“People are blaming just individual people. You’re not gonna ruin the world with just a plastic straw. It’s really the huge companies that are getting away with massive amounts of pollution,” Duyos explained.

The strikers say the urgency of this crisis requires a new approach and a just response from lawmakers.

“We have to do something now. A lot of politicians and corporations, their goals are set out too far ahead, too far down the line - 10, 15, 20 years from now - and we don’t have that much time,” Carter said.

Strike organizers said the Youth Climate Strike Coalition in the U.S. issued a set of policy demands calling for a just transition to 100% renewables by 2030, a halt to all leasing and permitting for fossil fuel extraction, protections for frontline communities, indigenous people and biodiversity through transformative and decisive climate action.

VegODU is also planning a strike for next Tuesday.