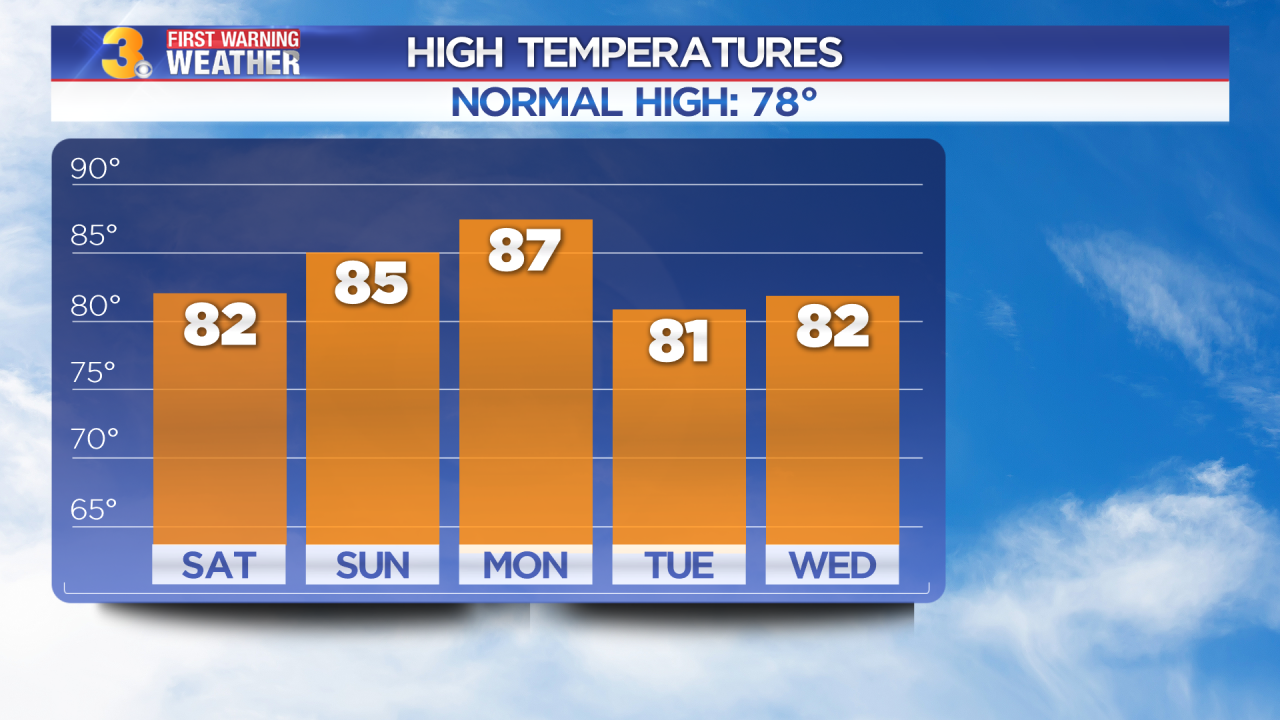 Warming up this weekend… Expect a gorgeous Friday night. Skies will be mainly clear with cool lows in the mid to upper 50s. Winds will be light out of the north.

Get ready for a beautiful weekend! We will see mostly sunny skies Saturday with highs in the low 80s. Sunshine will continue for Sunday as we warm to the mid 80s. Humidity will begin to increase this weekend (dew point in the mid 50s to low 60s) with light winds mainly from the south.

We are tracking a cold front that will move through Monday to Tuesday.  Expect partly cloudy skies early next week with a few showers possible. Highs will remain in the 80s for most of next week.

Hurricane Jerry weaker but closer to the Leeward Islands today. Jerry is centered about 130 miles NE of Barbuda and moving WNW at 17 mph. On the forecast track, the center of Jerry will move north of the northern Leeward Islands later today, pass well north of Puerto Rico on Saturday, be well ENE of the southeastern Bahamas on Sunday and turn north on Monday. Data from the Air Force Reserve and NOAA Hurricane Hunter aircraft indicate that the maximum sustained winds have decreased to near 85 mph with higher gusts. Further weakening is forecast during the next day or so, with some re-strengthening possible early next week.