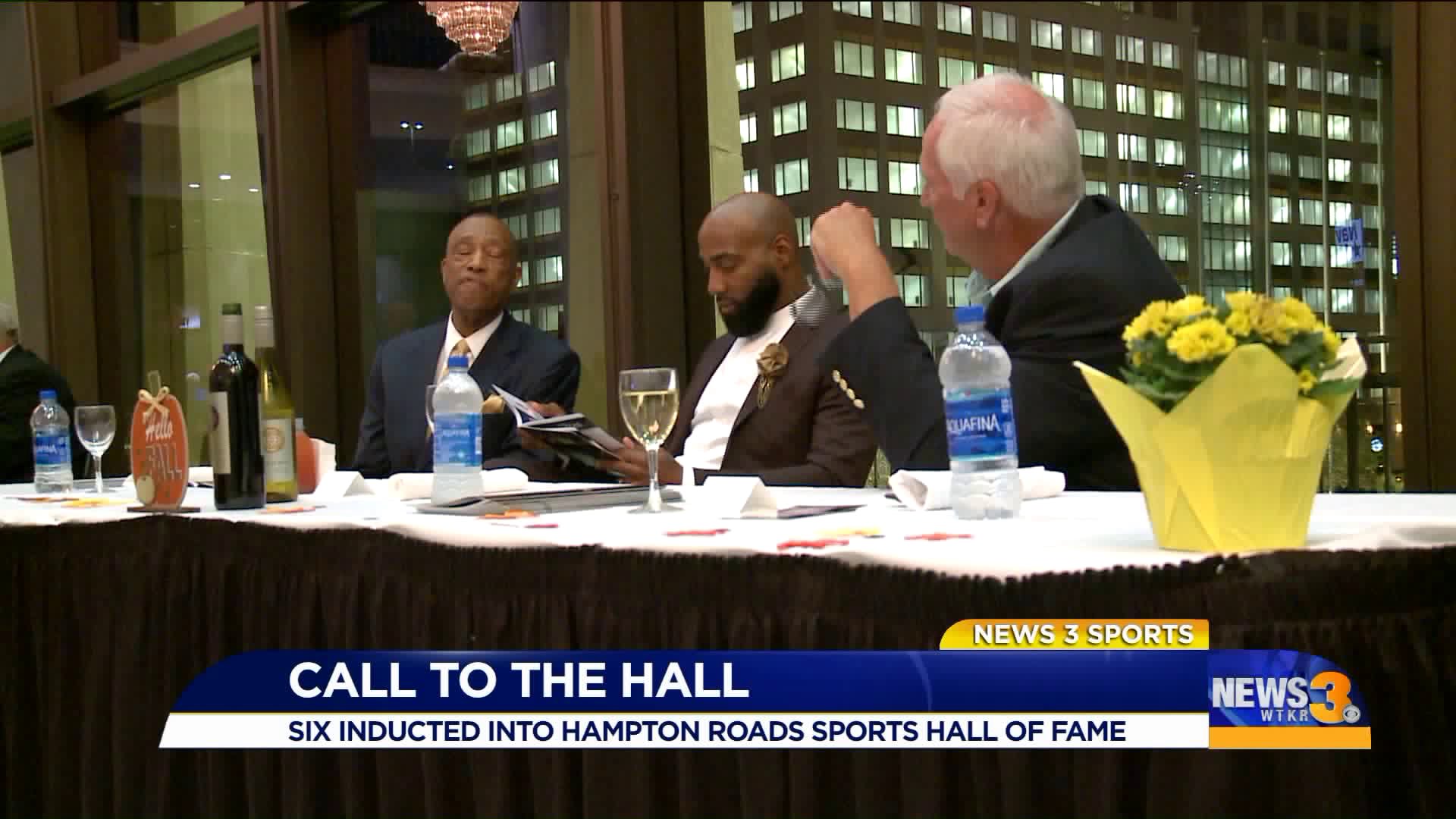 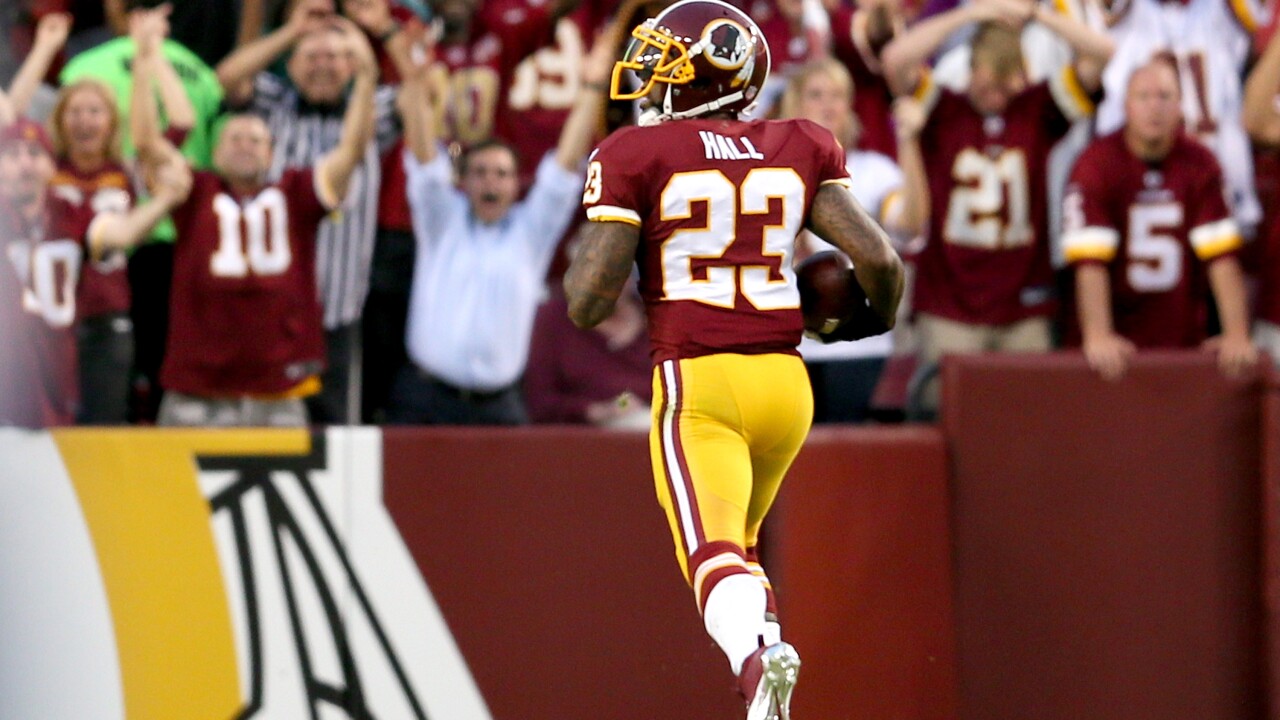 DeAngelo Hall reacts to a play against the Buffalo Bills. (Photo by Matt Hazlett/Getty Images)

DeAngelo Hall (Chesapeake) graduated from Deep Creek High School where he was a national caliber sprinter and a two-way standout on the football team. After becoiming an All-American defensive back at Virginia Tech, he was a first-round draft pick and three-time Pro Bowl selection in the NFL. Hall had 43 career interceptions, including a record-tying four in one game.

La’Keshia Frett (Hampton) broke records as a basketball player at Phoebus High School, becoming national Gatorade Player of the Year as a senior. As the country’s top recruit, she went to University of Georgia where she averaged 15 points and 7 rebounds and played in two final fours. Frett had a nine-year professional career in ABL and WNBA.

Matt Kelchner (Christopher Newport Univeristy, William and Mary) was an assistant coach on Jimmye Laycock’s staff at the College of William and Mary from 1984-2000. Christopher Newport University hired him in 2000 to launch its new football program, and he quickly took the Captains to national prominence. Kelchner, who was named USA South Coach of the Year seven times, retired after the 2016 season with a career record of 109-60, 10 conference titles and nine appearances in the NCAA Division III playoffs.

Gary Lavelle (Virginia Beach) spent 13 seasons as a major-league relief pitcher, making two All-Star appearances over the course of his 745 games, which included more than 100 career saves. Lavelle retired to Virginia Beach and began a coaching career that would see him mold the talent of young pitchers for more than three decades. As head coach at Greenbrier Christian he won 12 state titles and 556 games. In 2016 he started the new program at Bryant and Stratton College in Virginia Beach and led the program to a winning record in its second season.

Buster O’Brien (Virginia Beach) was a record-setting quarterback at Princess Anne High School during an era dominated by running games. He passed for 5,435 yards in high school, a local record that stood for 40 years. He went on to set passing records and earn all-conference honors at University of Richmond.

The late Joseph Echols (Norfolk State University) began his tenure at NSU as head football coach in 1955. As athletic director, he played an instrumental role in the expansion of NSU athletic program to include varsity programs in baseball, track and field, wrestling, swimming, tennis and golf. Echols was a former Negro League baseball player and football scout for Vince Lombardi. He died in 1977, and the campus arena was named in his honor in 1982.

Th banquet also included a tribute to boxing champion Pernell “Sweetpea” Whitaker, who died earlier this year. Whitaker was a member of the 2010 induction class.