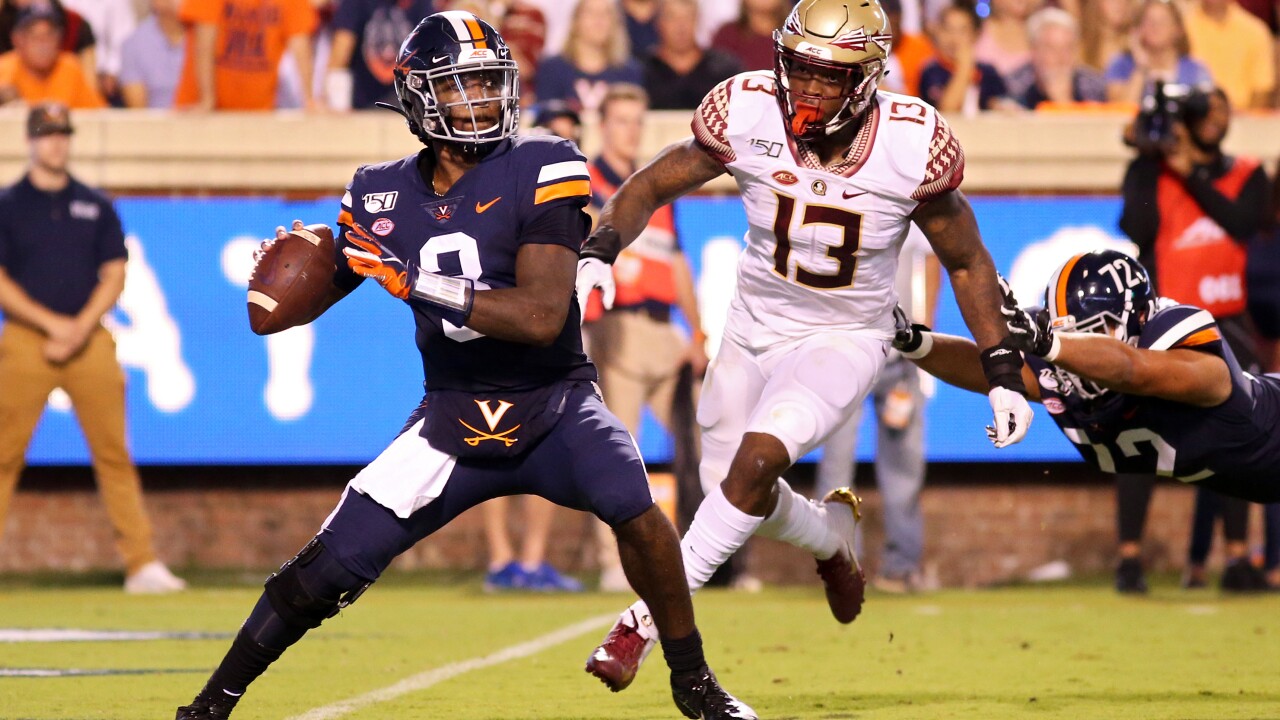 CHARLOTTESVILLE, Va. (VirginiaSports.com) – Virginia quarterback Bryce Perkins has been named the Co-Atlantic Coast Conference Quarterback of the Week for games played through Sept. 15. This is the first weekly accolade for Perkins in his career. He shared the honor with Clemson’s Trevor Lawrence.

Perkins (Sr., Queen Creek, Ariz.) led then-No. 25 UVA over Florida State, 31-24. Against FSU, Bryce Perkins was near perfect in the second half as the senior helped lead UVA to victory. In the second half against the Seminoles Perkins was 17-of-19 for 156 yards with one passing touchdown, while also rushing for a two-point conversion that helped give the Cavaliers a seven-point lead late in the game.

Saturday, UVA hosts Old Dominion for the first time ever. Kickoff from Scott Stadium is set for 7 p.m.