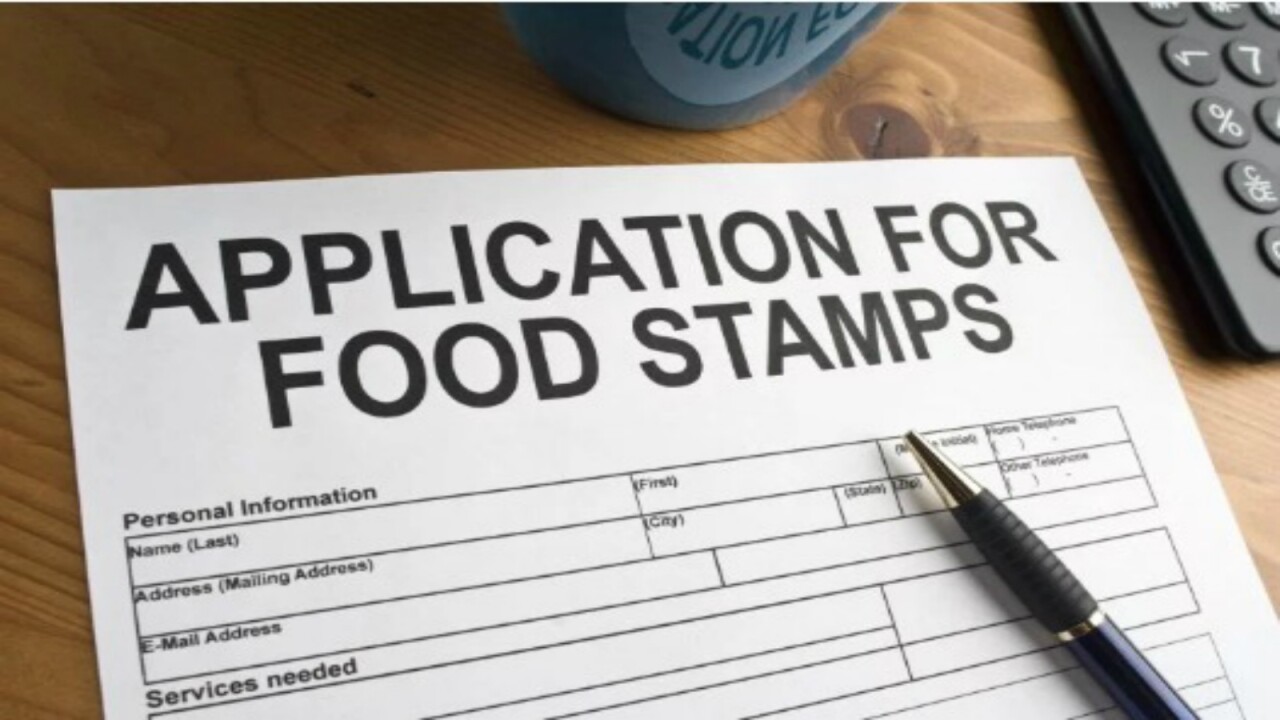 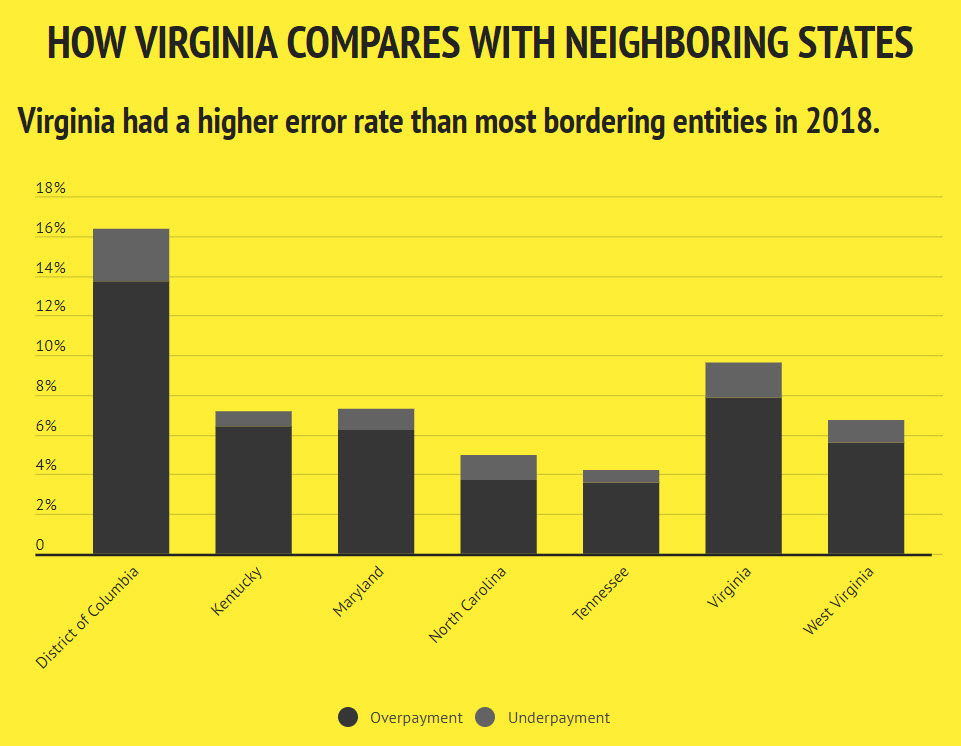 RICHMOND, Va.  — The federal government has slapped Virginia with a $3.8 million penalty because of mistakes made processing almost one in 10 food stamp applications last year — the eighth-highest error rate among states administering the Supplemental Nutrition Assistance Program.

“If (a high error rate) occurs two consecutive years, the state receives a fiscal sanction based on the SNAP caseload size and the difference between the state’s payment error rate and the national payment error rate,” said Patrice Hagan, public relations manager for the Virginia Department of Social Services.

SNAP, formerly known as the Food Stamp Program, is a federal initiative that provides food purchasing assistance to low-income individuals. The USDA oversees the program.

The state can spend half of the penalty on efforts to reduce errors.

Payment errors do not necessarily stem from fraudulent activity, according to the Department of Social Services. More often than not, the caseworker miscalculated how much assistance the SNAP applicant qualifies for.

Errors don’t always mean people received more SNAP benefits than they deserved. In about one-fifth of the errors, the applicants received less assistance than they were eligible for.

“Virginia got hit with higher error rates over the past couple years because we are one of the last few states to not adopt broad-based categorical eligibility,” said Salaam Bhatti, the director of Virginia Hunger Solutions, a nonprofit group that advocates for SNAP and similar programs.

“The Trump administration is seeking to cut the broad-based categorical eligibility option,” Bhatti said. “So it is likely that many states will have higher error rates once that comes to pass.”

This is not the first time Virginia paid fines over SNAP errors.

In 2017, the Department of Social Services agreed to pay more than $7 million after the U.S. Justice Department accused state officials of using fraudulent methods to make their previous years’ SNAP error rates appear artificially low. (In 2013, Virginia claimed that its error rate was less than one-half of 1% — the lowest in the U.S.)

Last year, the error rates ranged from 1% in South Dakota to 16% in Washington, D.C. Virginia was among 20 states sanctioned by the USDA for having higher-than-average SNAP error rates in 2018.

In response to the penalty, Virginia has drafted a corrective action plan as required when a state’s error rate exceeds 6%.

The plan calls for biannual meetings in each region with all local agencies to identify causes for errors and develop a strategy to prevent them. In addition, Virginia has asked for permission to use the U.S. Social Security Administration’s data to verify a SNAP applicant’s income.

State officials also plan to address turnover among caseworkers. The statewide turnover rate among Virginia’s SNAP employees is 19%, and one-third of the staff positions in Richmond are vacant.

“We look forward to DSS training their staff to minimize these error rates, guiding counties to pay their caseworkers more, and doing whatever else they can to minimize error rates,” Bhatti said.