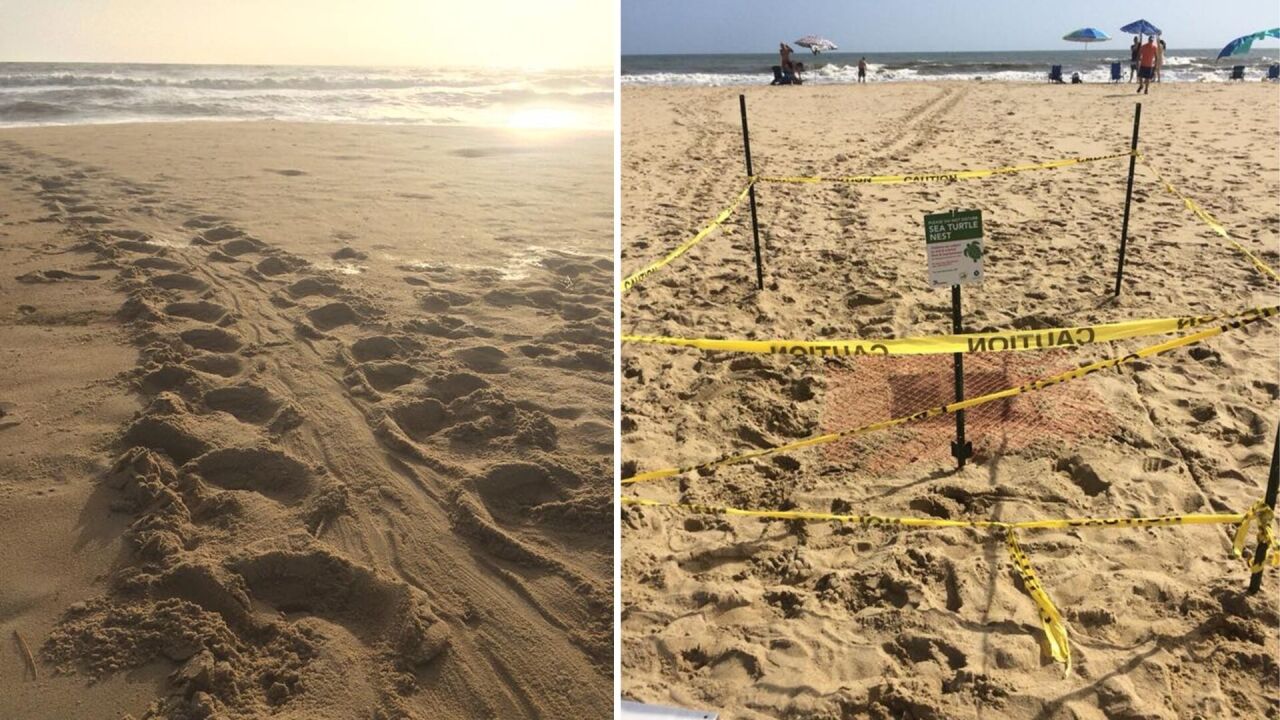 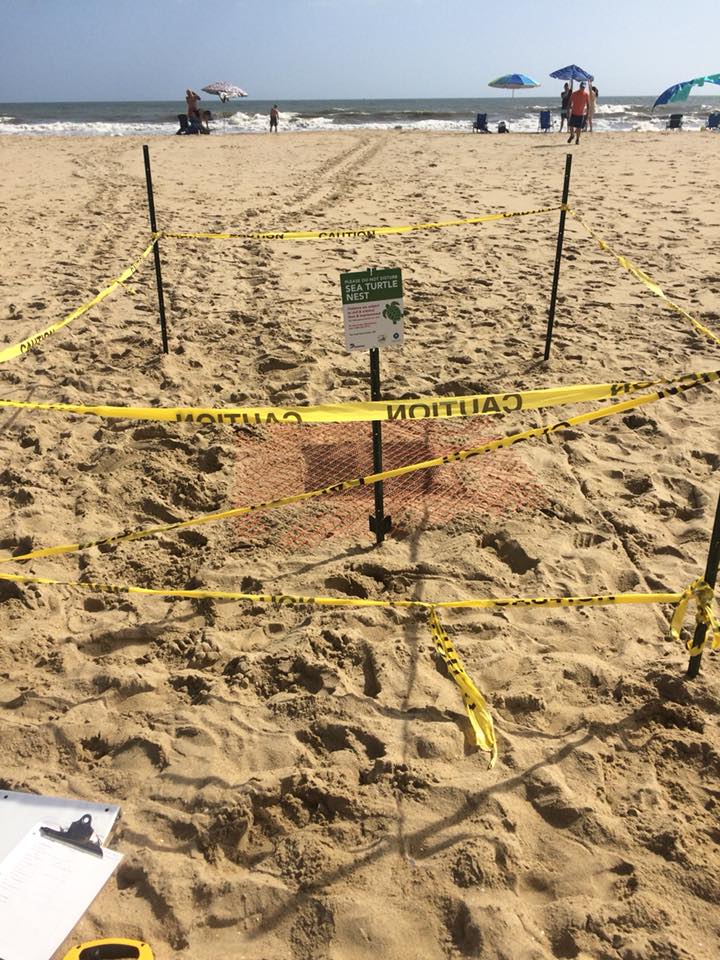 VIRGINIA BEACH, Va. – The Virginia Aquarium announced that on Friday the 13th, a loggerhead sea turtle laid a nest along the beach.

The team was notified of a sea turtle crawl on Saturday morning, which is when the Aquarium confirmed the nesting.

Officials checked the contents and decided to leave it in place.

The Aquarium says that though they’re hopeful, it would be unusual if any hatchlings emerge because the nest was laid so late.

The mother turtle laid its eggs on the North End Beaches of the Virginia Beach Oceanfront.