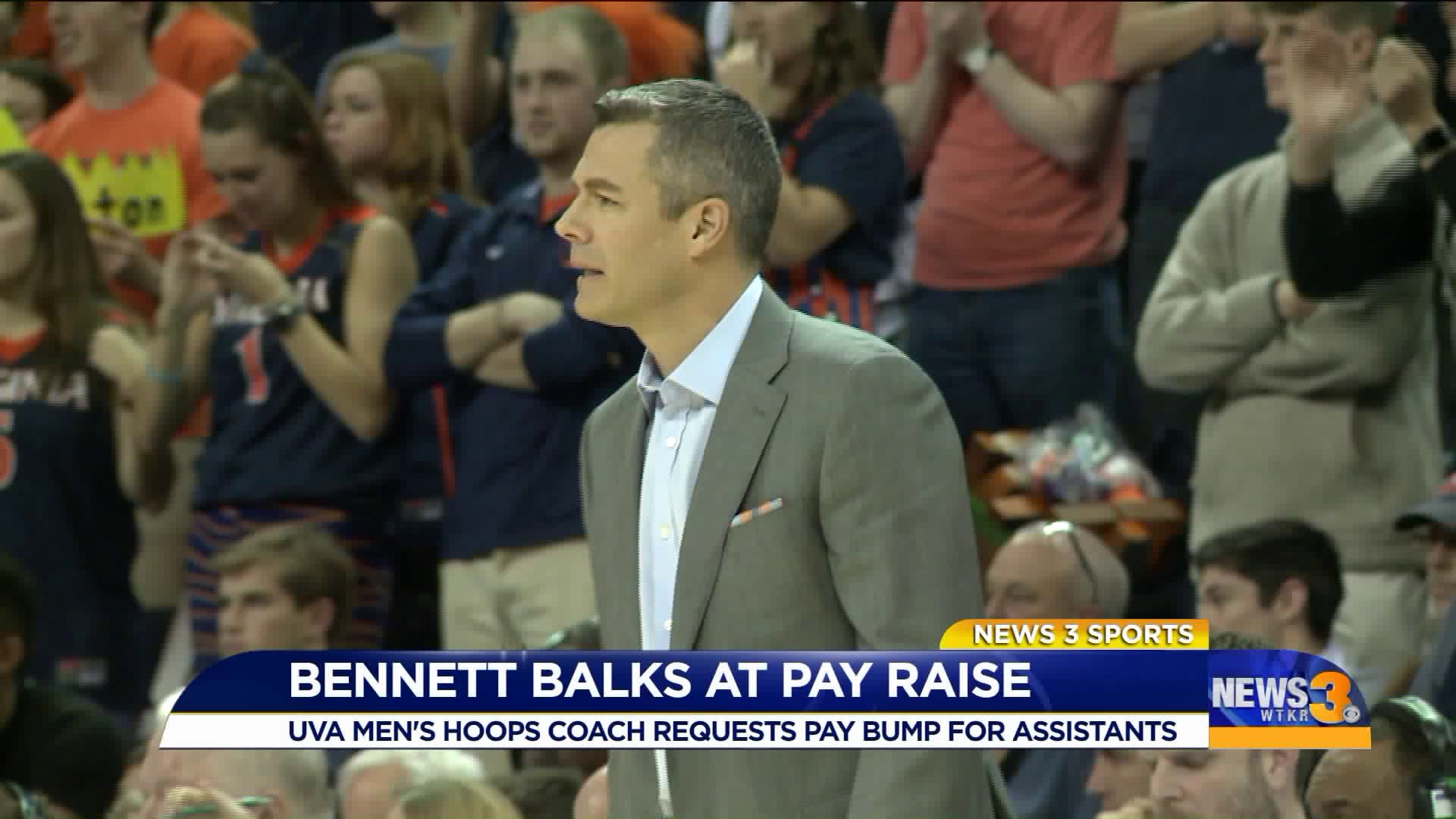 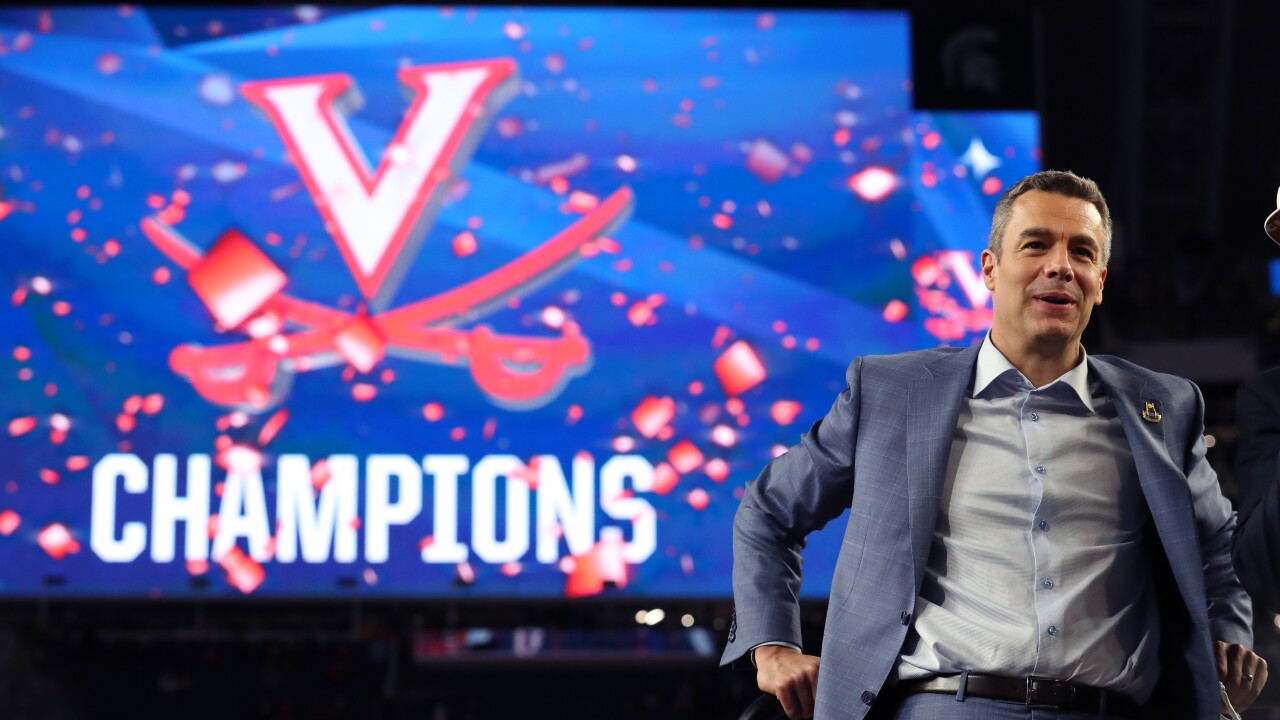 CHARLOTTESVILLE, Va. – It's the college basketball equivalent of a slam dunk. After a head coach makes history, he or she often earns a raise.

Tony Bennett, head coach of the Virginia men's basketball program, earned his raise. After all, in April - he guided UVA to its first ever NCAA title in men's hoops.

But Bennett won't receive one - and it's his choice.

“I have more than I need,” said Bennett to Jeff White of VirginiaSports.com. “I’m blessed beyond what I deserve.”

Following UVA's NCAA title after the program's first Final Four appearance in 35 years, athletics director Carla Williams, with approval from UVA president Jim Ryan, met with Bennett to discuss revisions to his contract that would have included a substantial raise.

Bennett discussed the offer with his wife, Laurel. Then he declined the raise, according to UVA.

“This just does not happen in our industry,” Williams said.

According to Jeff White, Bennett asked Williams to focus instead on additional compensation for his staff and improvements that would benefit his program. He extended his contract another year and now has seven years remaining on his deal. Additionally, the Bennetts have pledged $500,000 toward a career-development program that’s been launched for current and former UVA men’s basketball players.

“Tony’s decision—to turn down a well-deserved raise and instead invest in his players and UVA athletics more broadly—tells you everything you need to know about him as a leader and as a human being,” Ryan said. “Tony is one of the most selfless people I’ve ever met, and this is just the latest example. He and Laurel show us what it means to be great and good, and I hope they will continue to be a part of the UVA family for many years to come.”

In 10 seasons as UVA bench boss, Bennett has a record of 254-and-89. He's guided the Wahoos to the NCAA tournament seven times. The Cavaliers' 2019 NCAA national championship came with a school-record 35 wins and a share of their ninth ACC regular-season title.

Virginia has reached the postseason in each of the past eight seasons. In addition to their school-record 35-3 national championship season in 2018-19, the Cavaliers were 31-3 overall in 2017-18 to earn the No. 1 overall seed in the NCAA Tournament.

Related: Benn-efiting from the past: The education of UVA's Tony Bennett