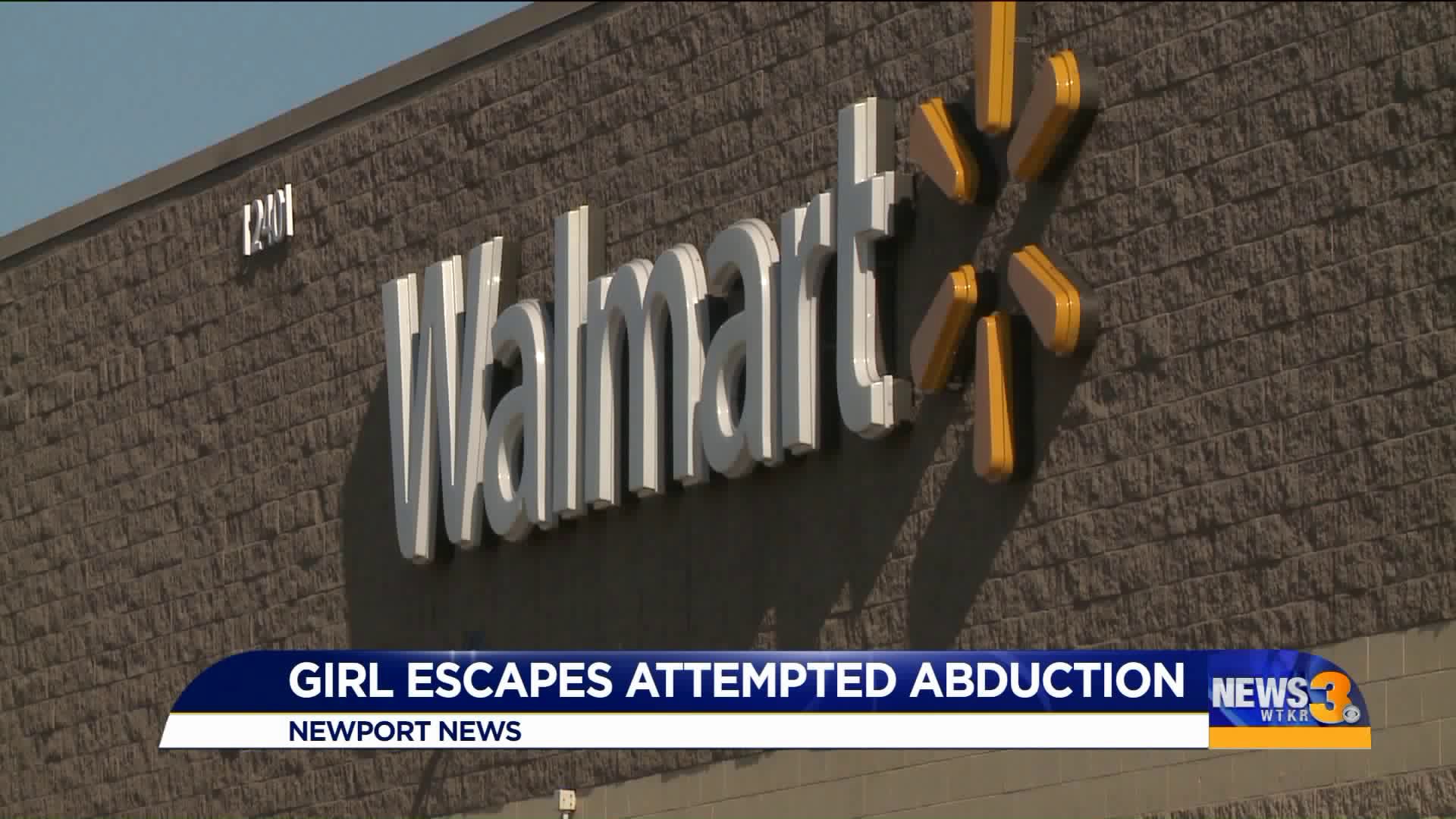 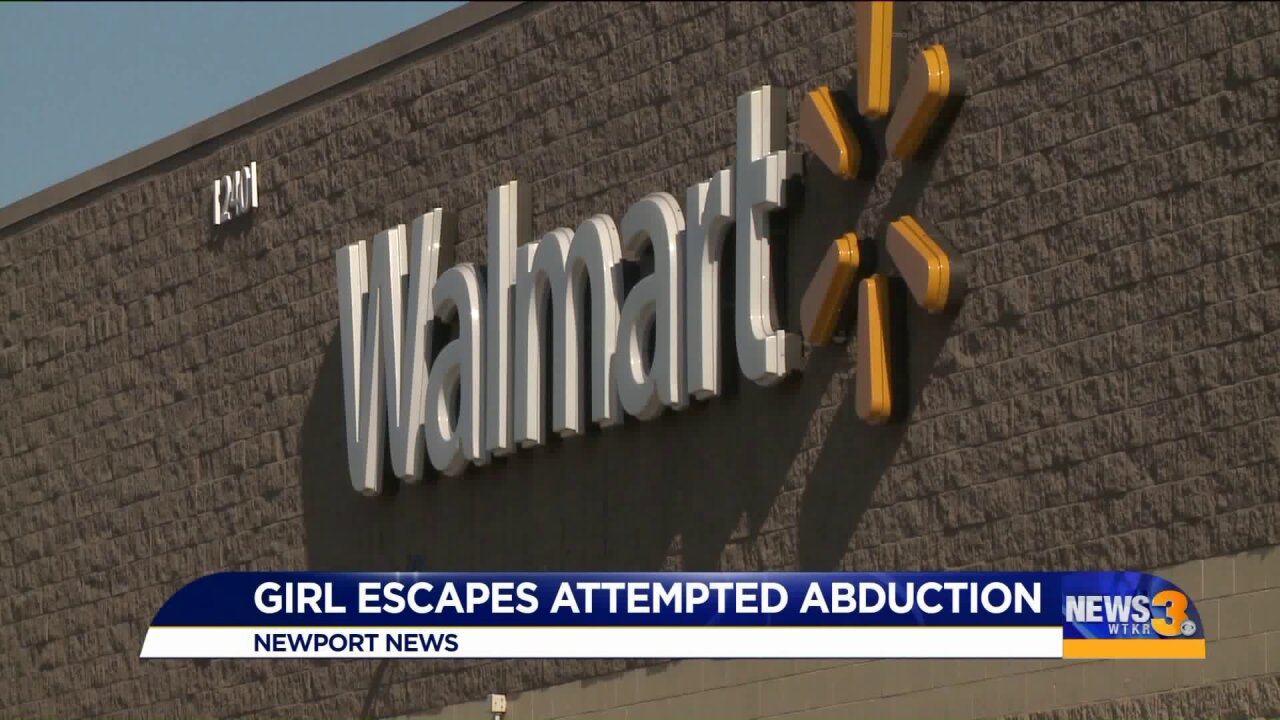 NEWPORT NEWS, Va. - A man assaulted and attempted to abduct an 11-year-old girl inside a Newport News Walmart Sunday afternoon, according to police.

Police responded around 4:46 p.m., to the Walmart located at 12401 Jefferson Avenue for the report of an attempted abduction of a child.

Officers spoke with the 11-year-old girl who told officials that a man she didn’t know approached her and started asking her questions. She also told police she did not respond to him and started to walk away, but he grabbed her.

The day after the incident, parents shopping at the Walmart said they were surprised to hear about the abduction. One parent said he would take action against someone if that person laid a hand on his three-year-old son.

"You know, the animals in the animal kingdom, you try to touch one of their cubs, what happens," Antonio, a father shopping with his son, said. "You’ll get attacked."

Antonio, who did not disclose his last name, said he does not let his guard down when his son is with him. He also keeps his son next to him.

"The world is crazy. You’ve got to protect your children," Antonio said. "There’s a lot of weird people out here."

Luis Parker-Cruz, another parent who was shopping alone, said he never expected to hear an incident like this happened at this local Walmart.

"I think that I would be very devastated for something to happen like that," Parker-Cruz, said. "To me or anybody in this community."

Meanwhile, Toni Barnes, a grandmother of three children said she wondered why the girl was by herself and where the parents were. Barnes added that it is a matter of being conscious of your surroundings.

"Be conscious of your children, know where they are," Barnes said. "It’s easy for a stranger to just walk up and walk off with your child."

As for the girl, she was not hurt and police confirmed there was an adult with the child at the store, but they did not witness the incident.