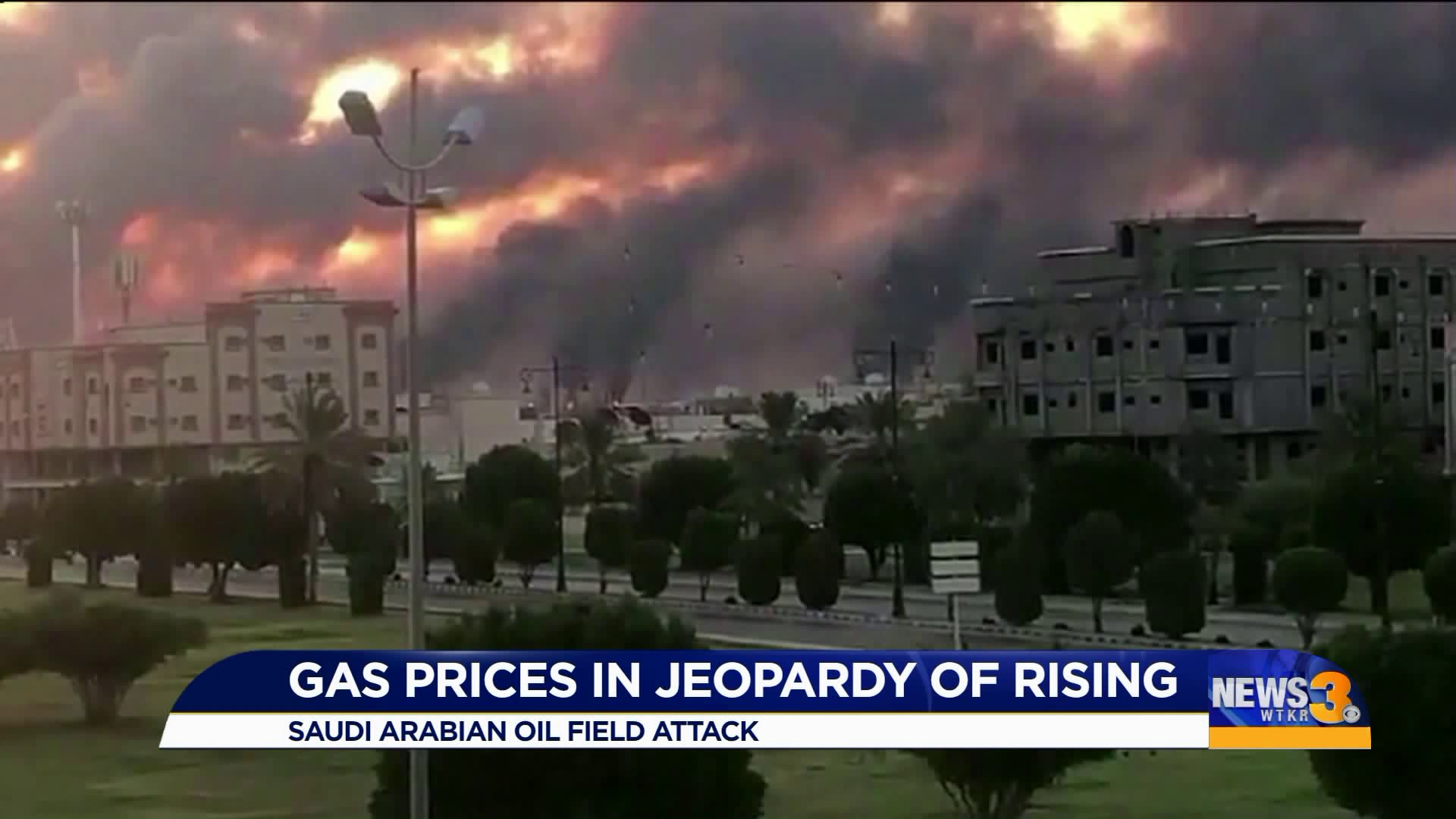 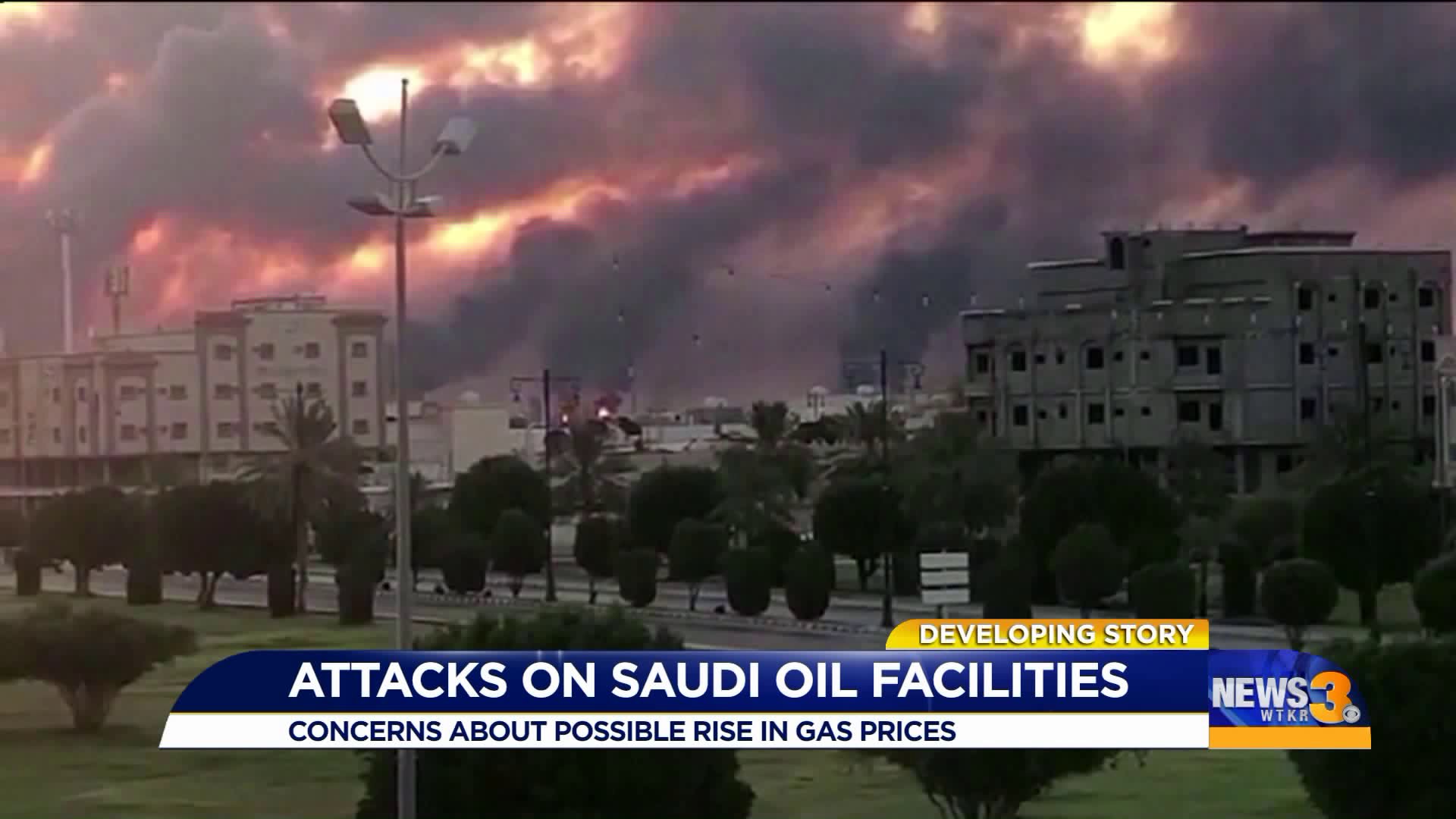 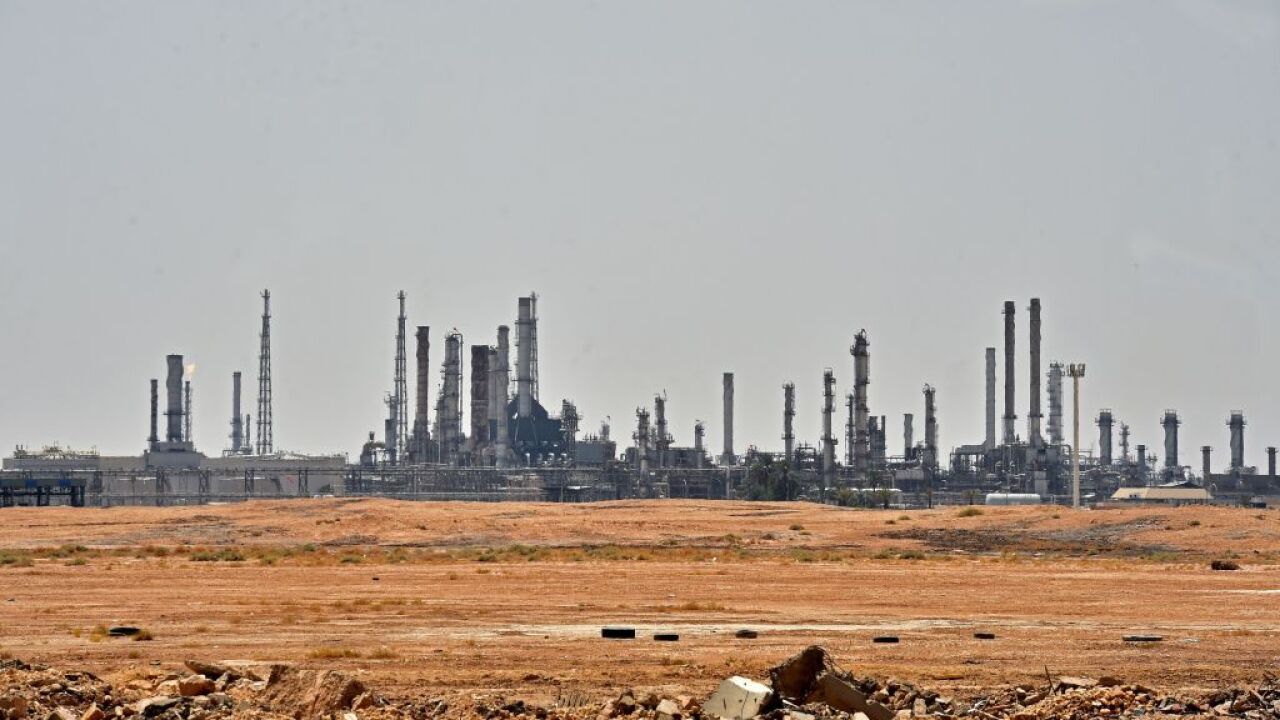 Oil prices are trading at their highest levels since May after Saturday's attack on Saudi Arabian oil facilities disrupted the global supply of crude.

Futures retreated slightly after US President Donald Trump said he had authorized the use of oil from the country's emergency reserve. In a series of tweets, Trump said that he had ordered that oil from the Strategic Petroleum Reserve, or SPR, be used "if needed." He said he would use enough oil "to keep the markets well-supplied."

Even so, US oil futures were trading at more than $61 a barrel during Asia hours — a spike of nearly 10%. Earlier, the price jumped as much as 15%. Futures of Brent crude, the global benchmark, traded at nearly $68 per barrel, an 11% increase.

Gasoline futures, meanwhile, were up about 9%.

"This is a big deal," said Tom Kloza, chief oil analyst for the Oil Price Information Service. "It is the biggest shock to the oil markets since [Hurricane] Katrina. And like Katrina it will likely haunt us for months, at least weeks."

Kloza said gasoline prices will likely "creep up" this fall, rather than drop steadily, as they historically have done.

Prices had been slumping

Saudi Arabia, the world's largest oil exporter, had cut back on production of crude and other energy products as part of an OPEC effort to boost prices. The kingdom produces approximately 10% of the total global supply of 100 million barrels per day.

Saturday's coordinated drone strikes on key Saudi Arabian oil facilities disrupted about half of the kingdom's oil capacity, or 5% of the daily global oil supply. The location is the world's largest oil processing plant. Saudi Energy Minister Prince Abdulaziz bin Salman said that 5.7 million barrels a day of crude oil and gas production have been affected.

CNOOC, China's biggest offshore oil producer, spiked 8.7% in Hong Kong, making it the best performer on the Hang Seng. PetroChina, another Hang Seng component and Asia's largest oil and gas producer, rose 7.4%. And Sinopec, a major global refinery that also trades on the index, jumped 3.4%. PetroChina and Sinopec also trade in Shanghai, and their stocks rose there, too.

Airline stocks in Asia, meanwhile, tumbled. Fuel is a massive expense for airlines, so their stocks are typically hit when there is a major surge.

China's three biggest airline operators all dropped sharply in Hong Kong. China Eastern Airlines fell more than 4%, while China Southern Airlines and Air China each fell at least 2.5%. All three trade in Shanghai, and they also fell in that market.

Cathay Pacific, the flagship airline of Hong Kong, fell 3.9%. That airline already has been struggling with fallout from months of pro-democracy protests in the city.

India is also feeling the effects. Two of the country's state-run oil refiners were among the biggest losers on the Bombay Stock Exchange on Monday.

Hindustan Petroleum and Bharat Petroleum both fell around 6% in early trading. The two companies were part of a consortium that signed a $44 billion deal with Saudi Aramco last year to build a "mega-refinery" in India.

The shock to oil prices is already been felt, but its longterm impact has yet to be realized. Some analysts expect the rally could be relatively small in the short term if the damage to Saudi Aramco, the state-run oil company in Saudi Arabia, is minimal.

"A small $2-$3 per barrel premium would emerge if the damage appears to be an issue that can be resolved quickly, and $10 if the damage to Aramco's facilities is significant," Ayham Kamel of the Eurasia Group said in a research note. Others told CNN Business they believe prices could jump even higher because of the amount of saudi oil affected by the attacks.

The fallout for stocks also depends on how long it takes Saudi Arabia to resume output, said Oscar Yee, an analyst for Citi Research in Hong Kong, in a report on Monday.

Kerry Craig, global market strategist at JPMorgan Asset Management based in Australia, said the ability of oil producers to dip into stockpiles may mitigate some of the rise in prices in the near term.

But he said in a note that the "bigger issue is what premium markets will build in to reflect the risk of further attacks."

The SPR contains 645 million barrels — the world's largest backup oil supply. It was established by Congress after the oil shocks following the OPEC oil embargo in the 1970s. It has been drawn on only three times, most recently in June 2011 when civil unrest in Libya unsettled global oil exports. The US government, worried that supply disruptions would threaten a fragile global economy still recovering from the Great Recession, ordered the sale of 30 million barrels.

It was also deployed in 2005 after Hurricane Katrina devastated the nation's oil infrastructure along the Gulf of Mexico. Its first use was in 1991 when the United States attacked Iraq in Operation Desert Storm.

The reserve is a complex of four sites along the Texas and Louisiana gulf coasts that have deep underground storage caverns, 2,000 to 4,000 feet below the surface. Any oil drawn from the SPR would not give an immediate boost to global supply. It has to be pulled out of storage and then sold into the marketplace of buyers and sellers, a process that could take about two weeks.