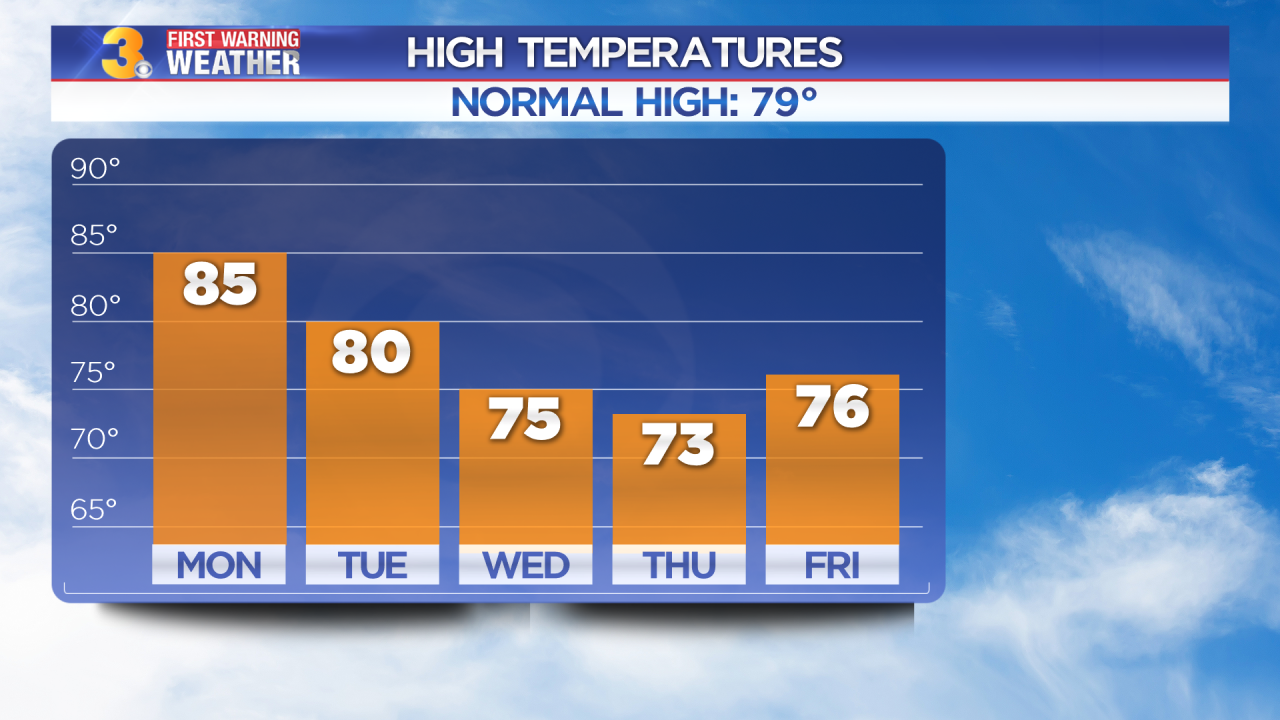 Fall-like changes on the way… We will see a nice mix of sun and clouds today with slim rain chances. Highs will return to the mid 80s today and it will still be muggy.

More clouds will mix in tomorrow with a few isolated showers possible. Highs will drop to near 80 and humidity will start to fall though the day. Winds will pick up by the afternoon, NE at 10 to 20 with gusts to 25 mph.

Highs will drop to the low and mid 70s for the second half of the week. Humidity will continue to drop, making it feel more like Fall. We will see mostly sunny to partly cloudy skies with low rain chances. It will still be windy through midweek with NE winds at 10 to 20 and gusts to 30 mph.

We are keeping a close eye on Hurricane Humberto. Humberto will move closer to Bermuda this week. We can expect rough surf, a high risk for rip currents, and some minor tidal flooding through midweek.

Hurricane Humberto bringing rough surf to much of the southeastern US coast. Humberto is between the northern Florida coast and Bermuda, moving ENE at 7 mph. This general motion with a gradual increase in forward speed is expected through early Thursday. On the forecast track, the center of Humberto is forecast to approach Bermuda Wednesday night.

Data from an Air Force Reserve reconnaissance aircraft indicate that maximum sustained winds are near 85 mph with higher gusts. Strengthening is expected during the next 48 hours, and Humberto could become a major hurricane by Tuesday night.

We are tracking a small low pressure system located over the central tropical Atlantic. Satellite data also indicate that the low has become better defined, and environmental conditions are expected to be conducive for the formation of a tropical depression during the next couple of days while the system moves slowly NW to WNW.