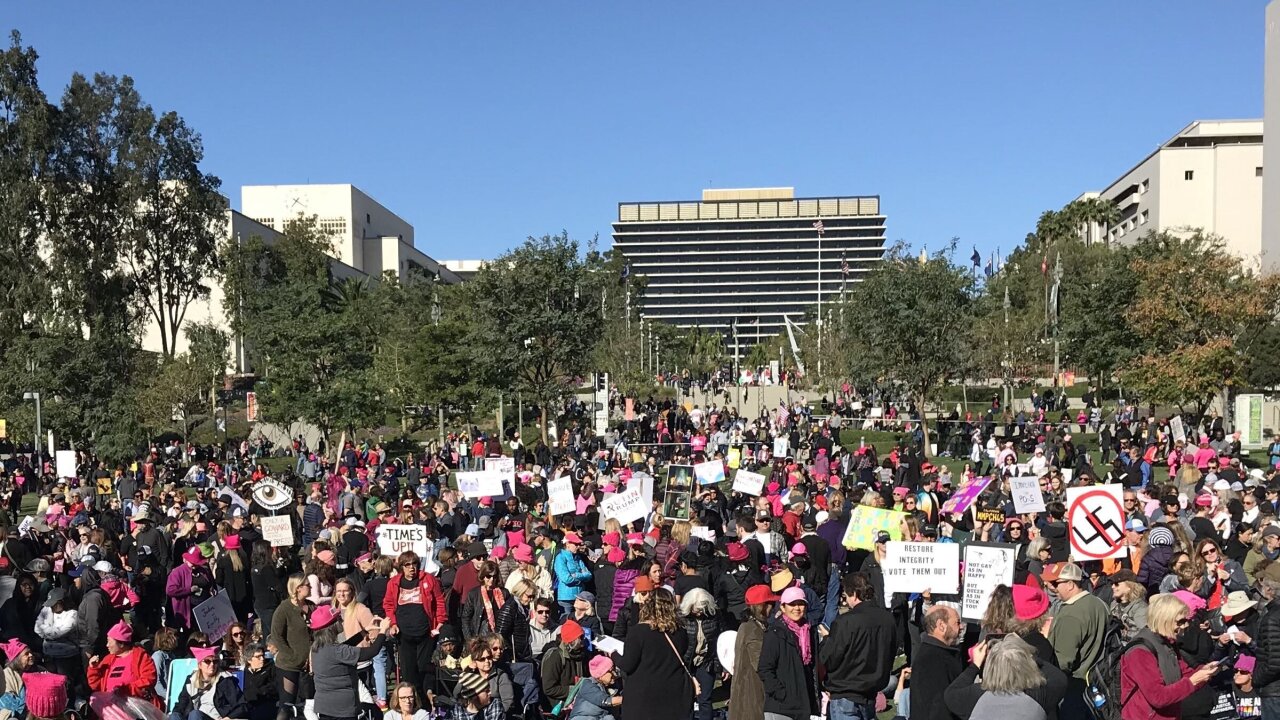 The Women’s March announced Monday that Tamika Mallory, Bob Bland and Linda Sarsour will transition off of the board and focus on other advocacy projects. The group’s leadership has faced criticism for their association with the leader of the Nation of Islam, Louis Farrakhan.

The Nation of Islam is a designated hate group by the Southern Poverty Law Center, and Farrakhan is known for hyperbolic hate speech aimed at the Jewish community.

“The organization has not cut ties with the three departing board members; their terms have ended,” the Women’s March said in a statement to CNN, adding Mallory, Sarsour and Bland have been “instrumental” to the group’s accomplishments.

“Our inbound board members represent a truly diverse swath of women who have fought and will continue to fight tirelessly for women’s equal rights,” the statement added.

The group has released numerous statements condemning anti-Semitism and vowing to learn from its missteps through training and discussions.

The Washington Post first reported the leadership changes. CNN has reached out to Mallory, Bland and Sarsour for comment.

The Women’s March brought millions of people to the streets the day after President Donald Trump’s inauguration for what has been heralded as the largest single-day protest in American history. The group has organized other protests, including against Trump’s immigration policies and Brett Kavanaugh’s nomination to the Supreme Court after allegations of sexual assault, which he has denied, surfaced.

The leadership shakeup comes ahead of an election year, and weeks before the group hosts a planned October demonstration “to protest Brett Kavanaugh and his work to overturn Roe v. Wade.”

Mallory and current Women’s March board member Carmen Perez each posted photos on Instagram of themselves with Farrakhan and praised the Nation of Islam leader. Sarsour spoke at a rally headlined by Farrakhan in 2015.

Perez will stay on the board, according to the Women’s March.

In February 2018, Mallory came under fire for attending a large event where Farrakhan delivered a speech with anti-Semitic rhetoric, including “the powerful Jews are my enemy.”

The Women’s March issued a statement distancing themselves from Farrakhan and condemned “expressions of hatred in all forms” but Mallory did not denounce Farrakhan.

Later that year, the founder of the initial Women’s March, Teresa Shook, called for Bland, Mallory, Sarsour and Perez to step down for allegedly allowing bigotry into their mission.

Vanessa Wruble, a former member of the organization told the New York Times in December 2018 that her Jewish heritage played a role in her being pushed out of it. Mallory and Perez told the Times that when they asked Wruble to leave the group it had nothing to do with her being Jewish.

The Democratic Party and Emily’s List pulled out as sponsors ahead of the third annual Women’s March earlier this year.

Bland was criticized earlier this year for sharing a Facebook post that drew links between the rhetoric of the “American Jewish Establishment” and a shooting in March at a New Zealand mosque in which 51 people were killed. The Jerusalem Post reported Bland later apologized and the post has been deleted from her Facebook page.