UVA football comes up with thrilling victory over Florida State 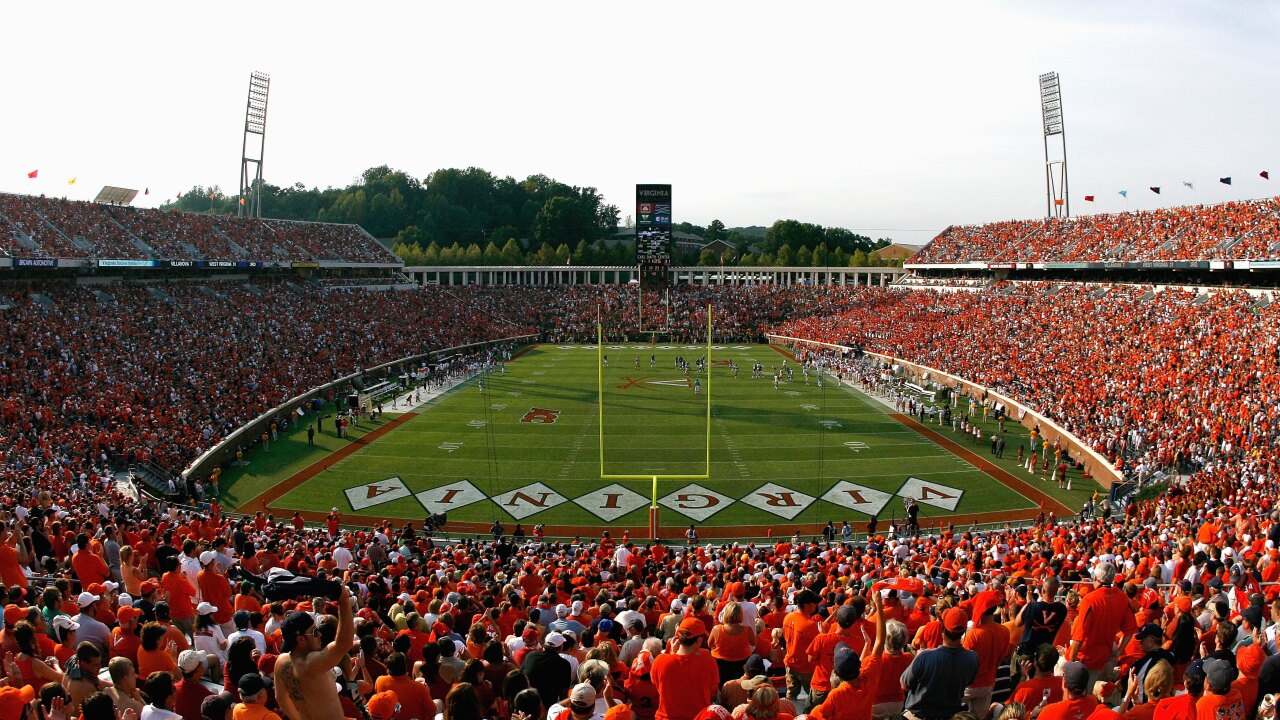 CHARLOTTESVILLE, VA – AUGUST 30: A general view of Scott Stadium taken during the game between the Virginia Cavaliers and the Southern California Trojans at Scott Stadium on August 30, 2008 in Charlottesville, Virginia. (Photo by Kevin C. Cox/Getty Images)

CHARLOTTESVILLE, Va. – UVA football was down by one, with a chance to tie it in the fourth quarter with an extra-point attempt.

It was no good.

The Cavaliers defense stopped Florida State, getting the ball back to the offense with less than three minutes remaining in the game.

UVA reached the one-yard line and quarterback Bryce Perkins handed the ball off to running back Wayne Taulapapa. The Cavaliers would need to go for two in case the Seminoles scored again and Perkins relied on his running game, juking defenders left and right as he danced his way into the end zone for a successful two-point conversion.

The Hoos were then up 31-24, but Florida State wouldn’t go down without a fight.

1st and goal with one second remaining in the game, the Seminoles managed to get one last play in. Running back Cam Akers tried to power through the Cavaliers’ defense, but he’d be stopped and UVA picked up their third win in a row.

This marks the first time since 2005 that Virginia has started a season with three straight wins.