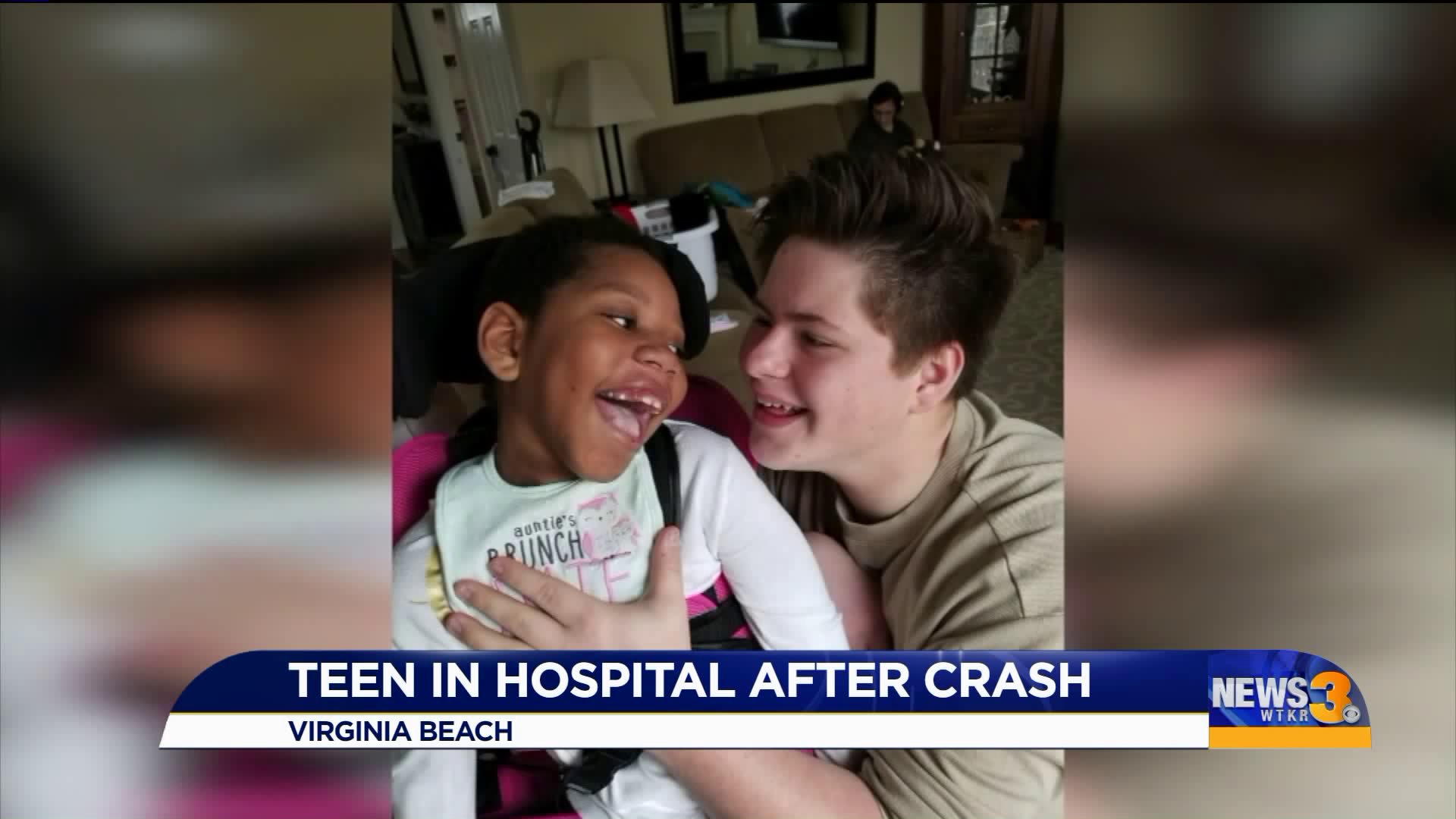 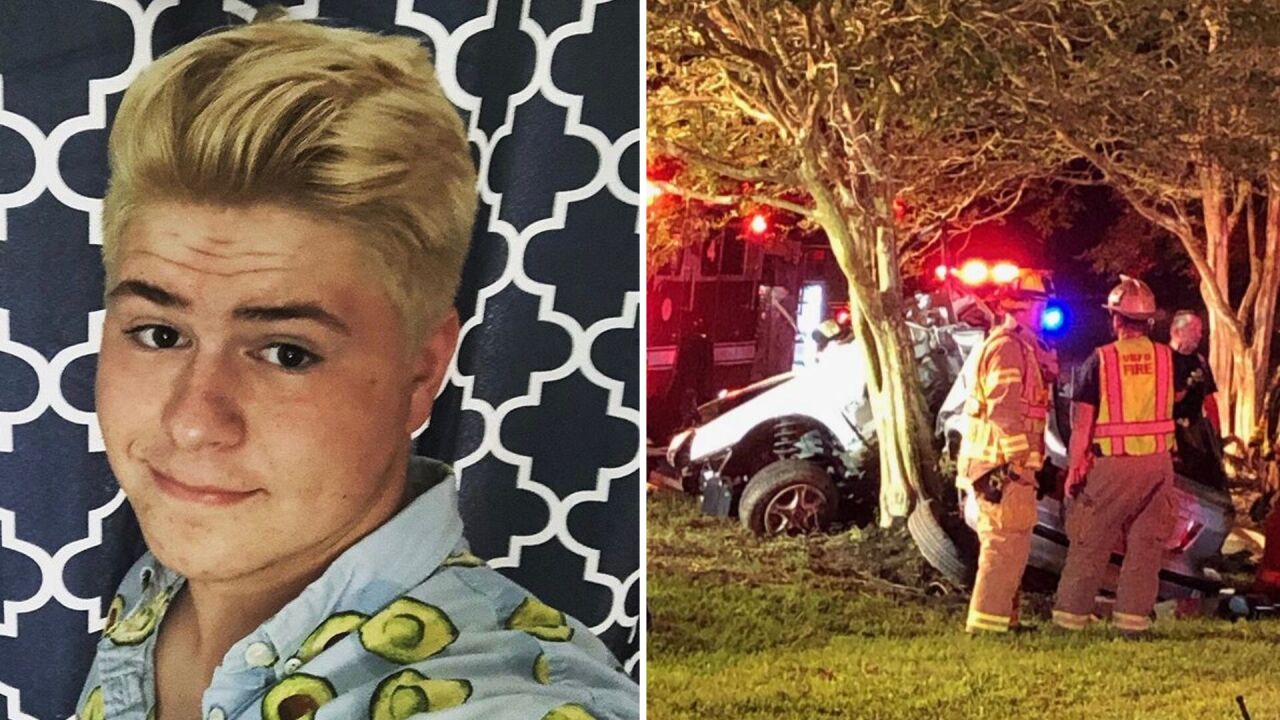 VIRGINIA BEACH, Va. - A teenager is in the hospital following an early-Sunday morning crash in the 4900 block of Northampton Boulevard in Virginia Beach.

According to the Virginia Beach Police Department, the call for the single-vehicle crash came in at 12:08 a.m.

Jeannette Jacob says her son, Josh Jacob, was inside the car.

Jeannette says Josh is a typical 17-year-old. He’s sarcastic, loves to play practical jokes, but has a big heart.

"He teaches children Sunday school, he cuddles with his disabled siblings when they’re having a rough day, he will drop everything to go help out friends who need help."

Sunday morning Josh was the one who desperately needed help.

He had to be extricated from the vehicle by members of the Virginia Beach Fire Department. He was the driver, and the vehicle's only occupant.

"His car flipped, was airborne, landed in a tree. The entire driver’s side door was crashed in on the trees and when the paramedics, the first responders went to take him out of the car expecting to find a body," says Jeannette.

Josh’s car was mangled, wrapped around the tree on the driver’s-side where Josh should have been sitting, but Jeannette says paramedics found him in the passenger seat.

And even more shocking— the Jacob family was told Josh he has no internal bleeding and not a single broken bone in his body.

"It defies the laws of physics and even our understanding of how that situation should of gone down so that means there must be a supernatural power," says Jeannette.

Josh was rushed to the hospital, but Jeannette says he’s speaking and only has a few marks on his neck from where his seat belt restrained him.

"Love your kids, call your family, don’t wait another day because you might not get it."

The crash remains under investigation by members of the Fatal Accident Crash Team.