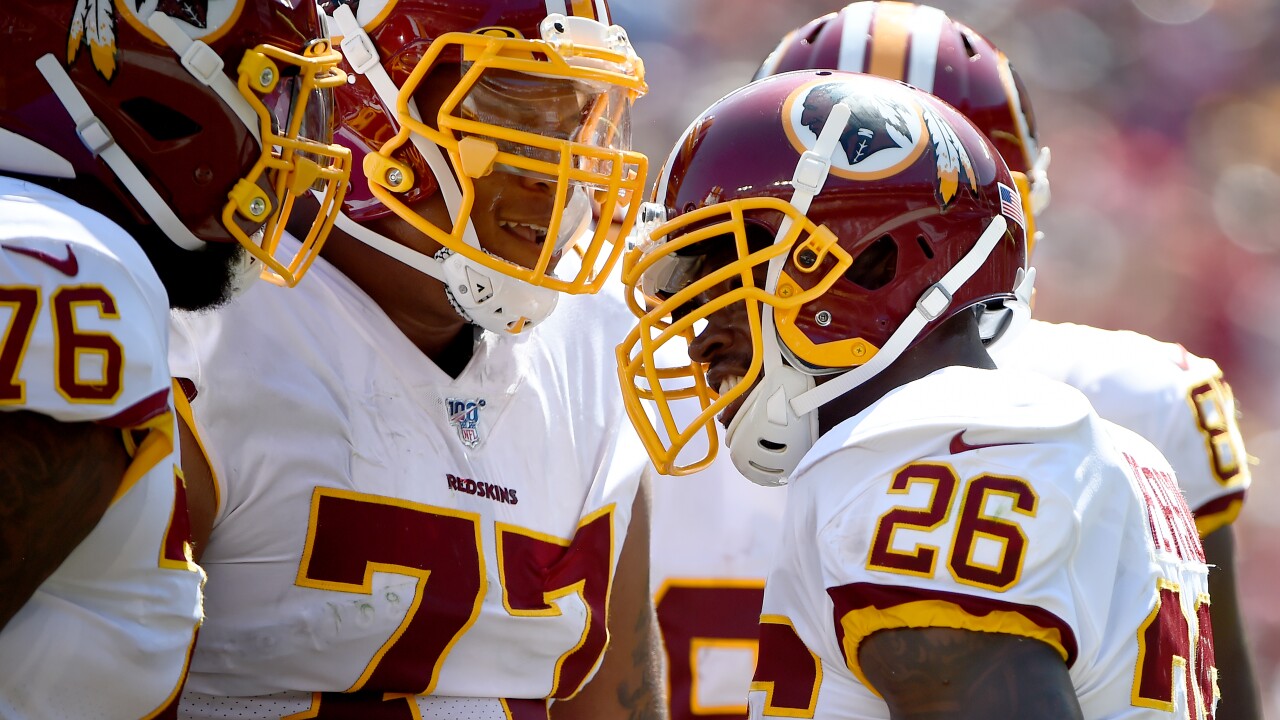 Adrian Peterson #26 of the Washington Redskins celebrates. (Photo by Will Newton/Getty Images)

Adrian Peterson #26 of the Washington Redskins celebrates. (Photo by Will Newton/Getty Images)

One week after being inactive, a healthy scratch vs. Philadelphia in the season opener, Peterson returned to the Redskins backfield vs. Dallas. With the game’s first touchdown, Peterson found the end zone for the 107th time in his incredible career. That total passes Jim Brown for fifth place on the NFL’s all-time rushing TD list.