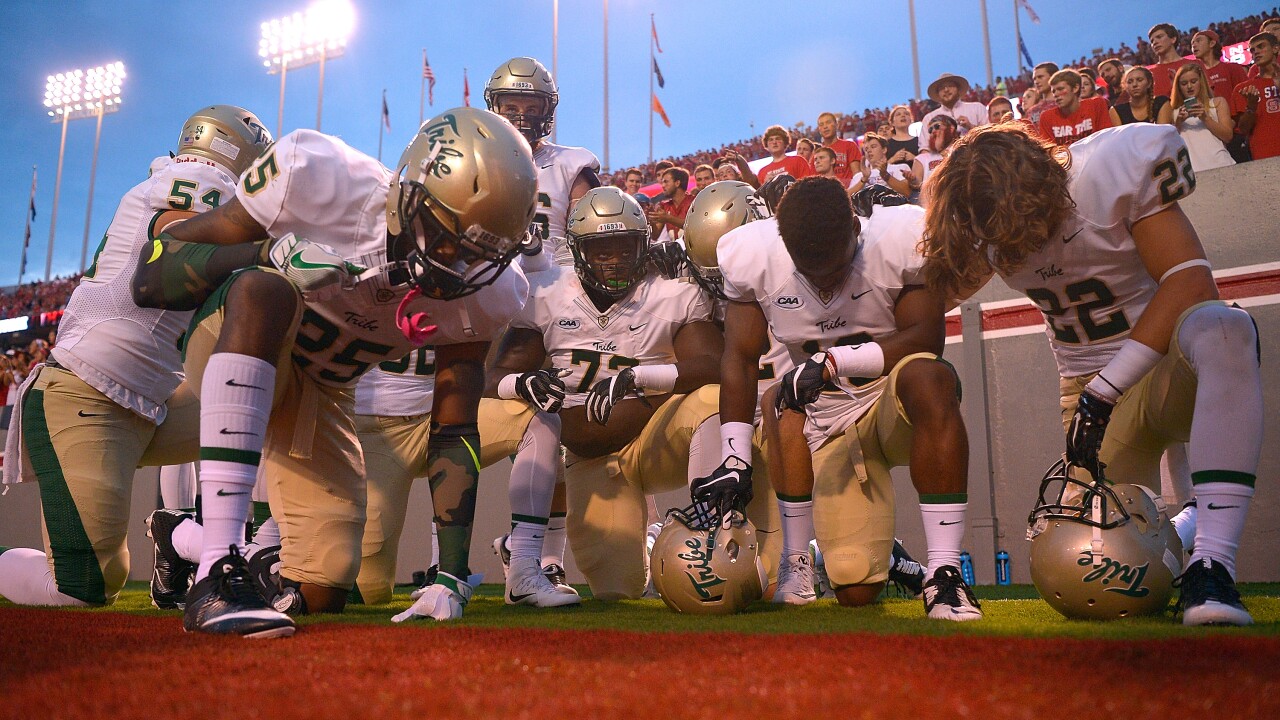 WILLIAMSBURG, Va. (Tribe Communications) – The William & Mary football team will conclude its non-conference home slate when it hosts Colgate at Zable Stadium on Saturday at 6 p.m.

After opening the 2019 campaign with a victory against Lafayette, the Tribe fell at Virginia last Saturday. In addition to owning a +6 turnover margin, W&M has generated eight turnovers – an impressive figure that leads the nation. Highlighting those turnovers was a 47-yard pick-six by linebacker Arman Jones last week at UVA, which marked his second-career pick-six. Additionally, the Tribe leads the conference in sacks (6). Offensively, wideout Zach Burdick has emerged into a big play threat and ranks third nationally with 31.25 yards per catch.

Running back Albert Funderburke #26 of the William & Mary Tribe carries the ball while being pursued by defensive lineman Emmanuel Belmar. (Photo by Michael Shroyer/Getty Images)

Tabbed 13th in the preseason polls, Colgate is off to an 0-2 start this year after dropping contests against Villanova and Air Force. The Raiders are averaging just 10.5 points per game and 224.5 total yards per game. Defensively, CU is surrendering 41.0 points per game and 454.0 total yards per contest. The Raiders are led by the Patriot League Preseason Offensive and Defensive Players of the year in quarterback Grant Breneman and defensive lineman Nick Wheeler. Through the opening two games, Wheeler has already posted 3.0 TFL with a sack.

Saturday’s game against Colgate will mark the second consecutive season in which W&M and the Raiders have met. W&M controls the all-time series, 6-4, and has won the last three of the last four meetings. Additionally, the Tribe owns a 4-3 advantage in games played in Williamsburg. Colgate won the first two matchups (1973, 1975), but the Tribe has won six of the last eight contests.