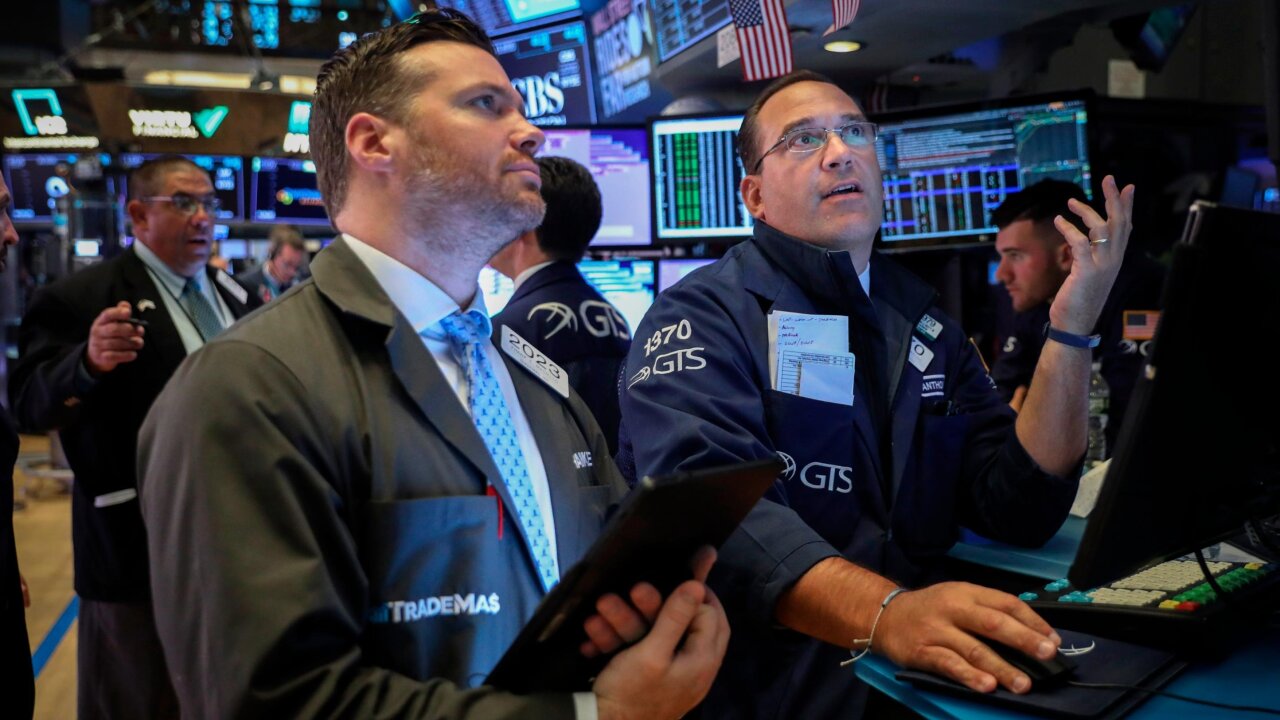 Nothing is spooking investors on this particular Friday the 13th. Two major stock indexes were up slightly in early trading on the news that China will exempt US soybeans and pork from its next round of tariffs.

The S&P 500 rose modestly and was within striking distance of a new all-time high while the Dow gained more than 40 points and is inching closer to a record as well. The tech-heavy Nasdaq fell slightly.

It’s been a stellar week for stocks, thanks to the US and China extending olive branches to one another.

Earlier this week, China agreed to exempt shrimp, cancer drugs, pesticides and more than a dozen other products from tariffs.

US President Donald Trump responded with a conciliatory move of his own, agreeing to delay a planned tariff increase from October 1 until October 15 in what Trump called “a gesture of good will” in a tweet.

The Dow is up 1.6% so far this week and is on track for its eighth straight daily increase and third consecutive weekly gain. The S&P 500 and Nasdaq have each risen about 1% this week and are also on pace for a third straight weekly win.

In economic news, the latest retail sales figures from the US government showed that consumer spending remains relatively healthy. Total retail sales were up 4.1% in the past 12 months.

Despite these solid numbers, investors are still betting the Federal Reserve will lower interest rates for the second straight time at its meeting next Wednesday. The rate cut in July was the Fed’s first since December 2008.

The Fed is also expected to signal that several more rate cuts are possible later this year and in 2020, partly due to the effect of the trade war but also because rates in other parts of the world remain much lower than they are in the US. Rates are even negative in Europe and Japan.

On the corporate front, WeWork owner We Company said it plans to list its initial public offering on the Nasdaq and also announced several corporate governance changes to address concerns that CEO and co-founder Adam Neumann wields too much control over the money-losing coworking space owner.