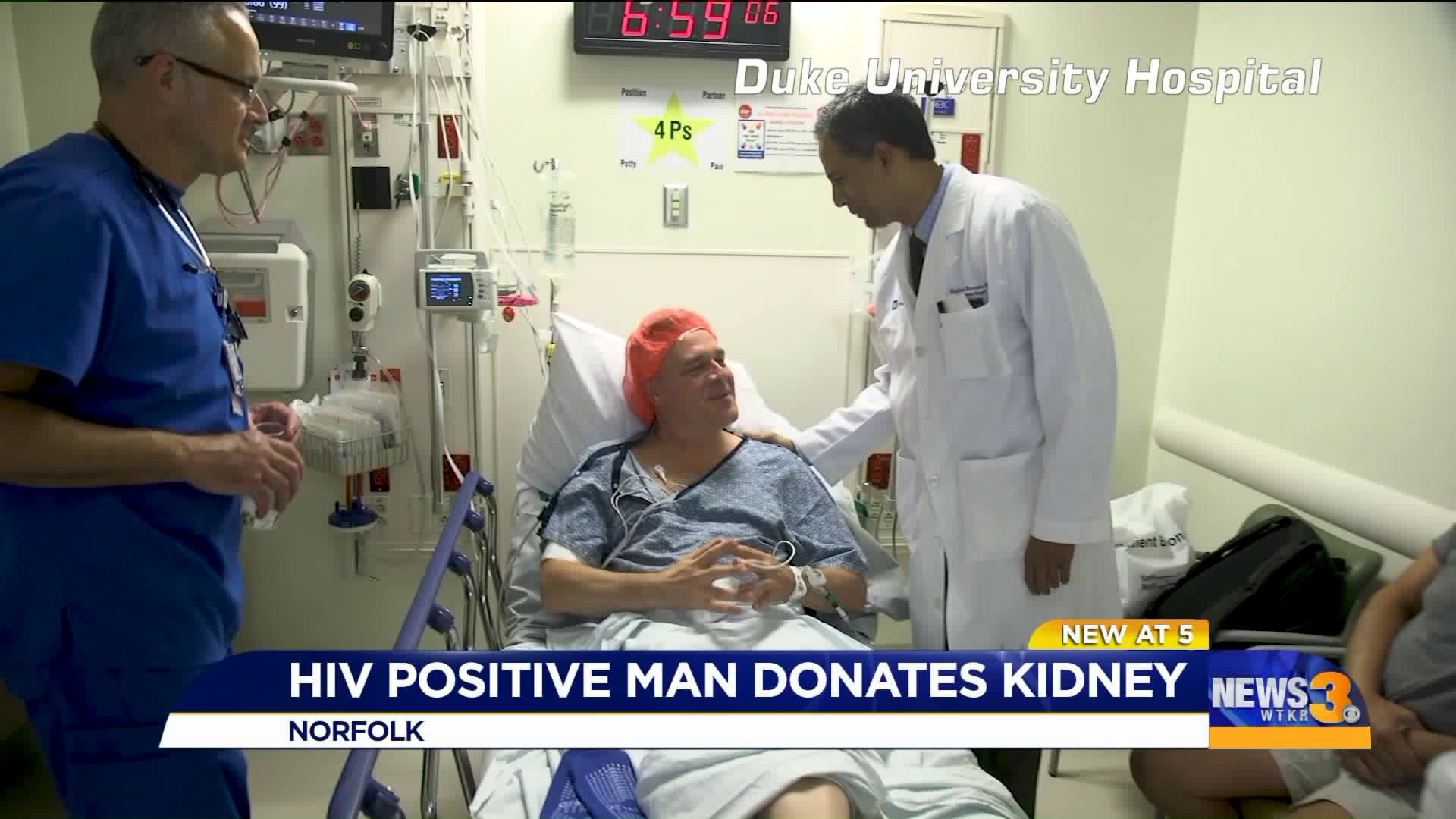 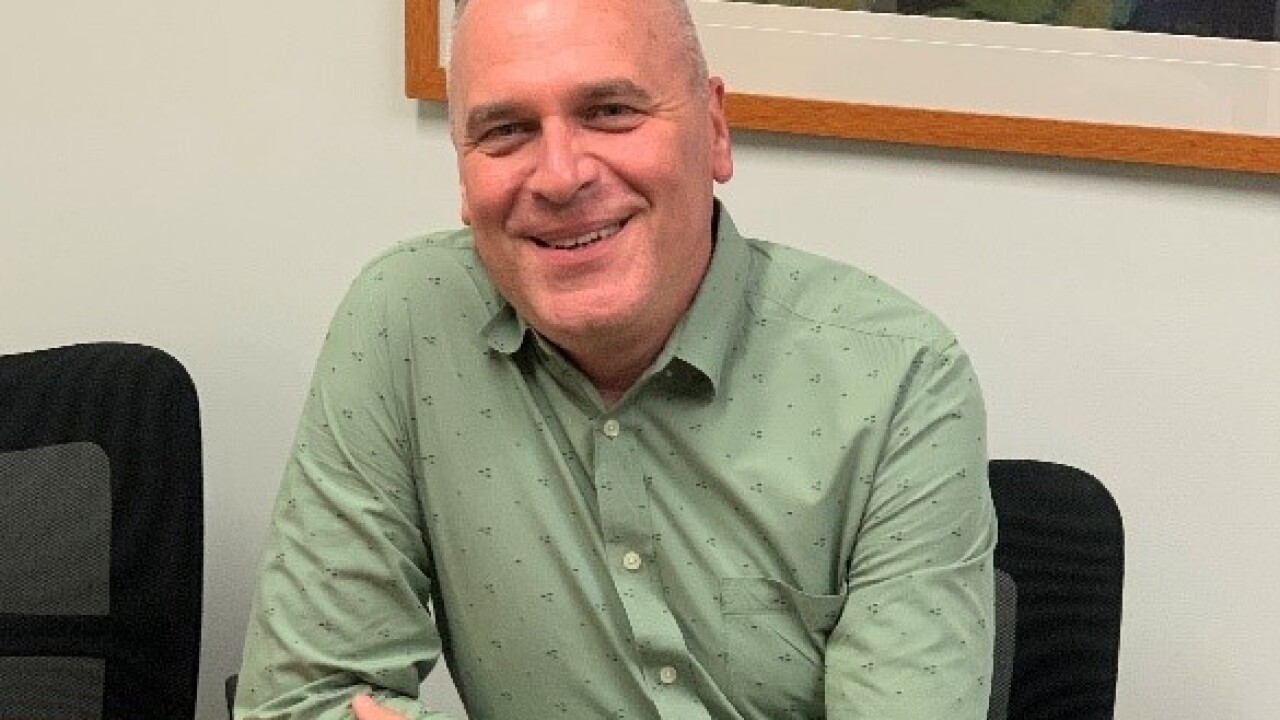 NORFOLK, Va. - Karl Neumann is a Transplant IT Coordinator at Sentara Norfolk General Hospital. About a month ago, he provided an organ instead of just coordinating the logistics of it.

Neumann says he has always wanted to help someone through organ donation, but until recently, he wasn't able to.

"11 years ago, I became HIV-positive, so I had no option," explained Neumann.

"HIV-positive organs were thrown out before, so it was a total waste," said Neumann, "It was a federal law since 1985. HIV was completely exclusionary, so anyone who was registered, their organs were either thrown out or used for research."

When Neumann found out about the Hope Act, he began taking the next steps to become a donor. Soon, he found himself talking to doctors at Duke University Hospital, where he learned that his organ donation would make history.

"They were like, 'Well, you’d be the first person.' That put me back a little bit. The first 100 that had been done were all deceased donors -- I didn’t realize no living donors had been accomplished yet," laughed Neumann.

By the time he had the surgery, he was only the second person to go through it.

Related: The gift of life: How one hour changed a Norfolk biologist's life forever

"I was taking it very matter-of-fact. I mean, this is what I do for a living, so, I was kind of distancing that way. But then when I donated, I was like, 'Well, this is kind of cool.'"

Now, Neumann is back to work and bringing a new understanding to his job.

"I think it gives a lot more respect for the donors themselves."

But, he's also hoping that his story will bring a new sense of awareness and hope.

"There's a very large HIV stigma out there, and also a stigma against gay men in general. I mean, we can't donate blood, but we can donate an organ, so we don’t register," he explained. "But really, really organ donation is for anyone."

Learn more about the Hope Act on their website. Hope Act-participating hospitals can be found here.