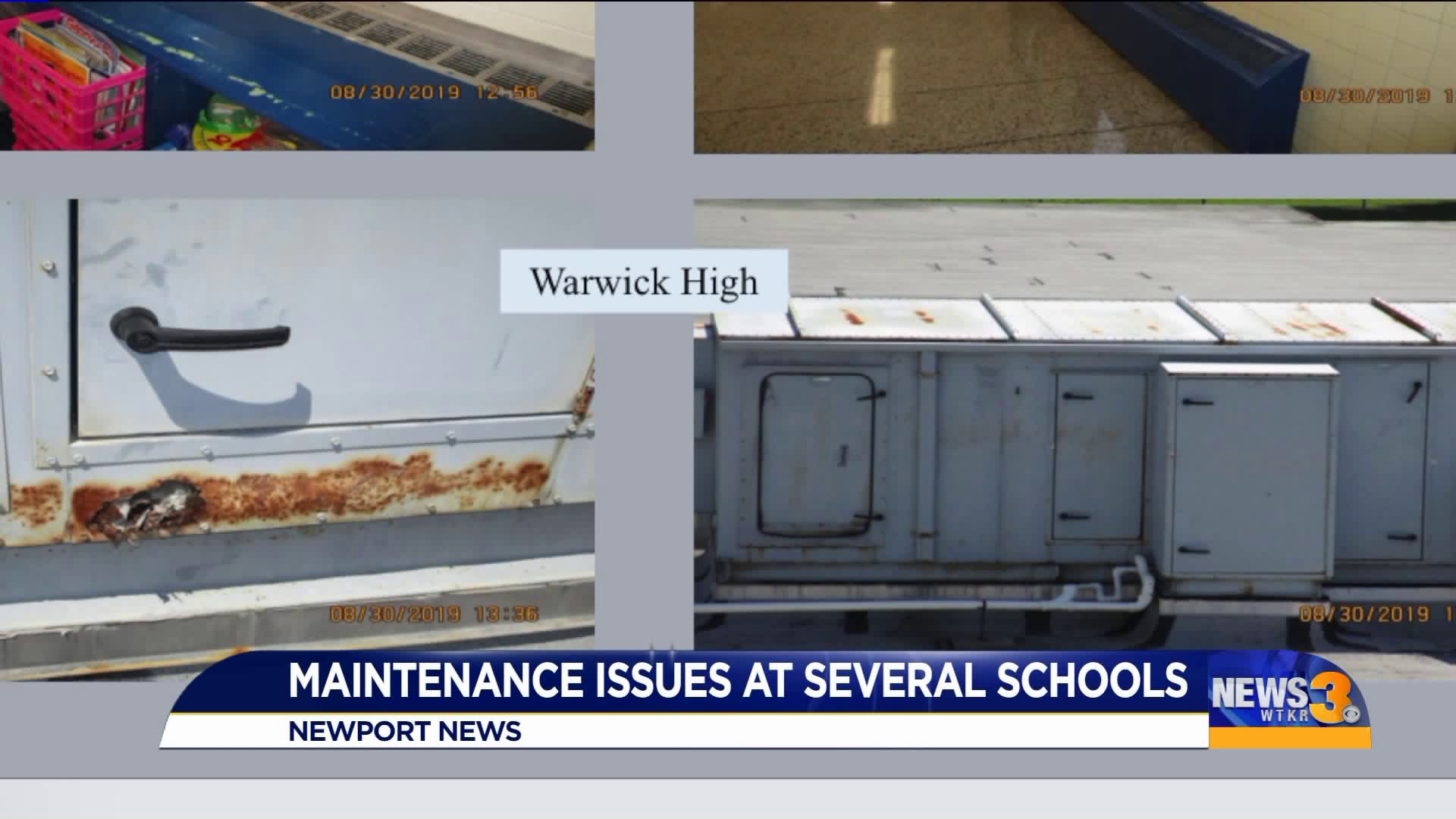 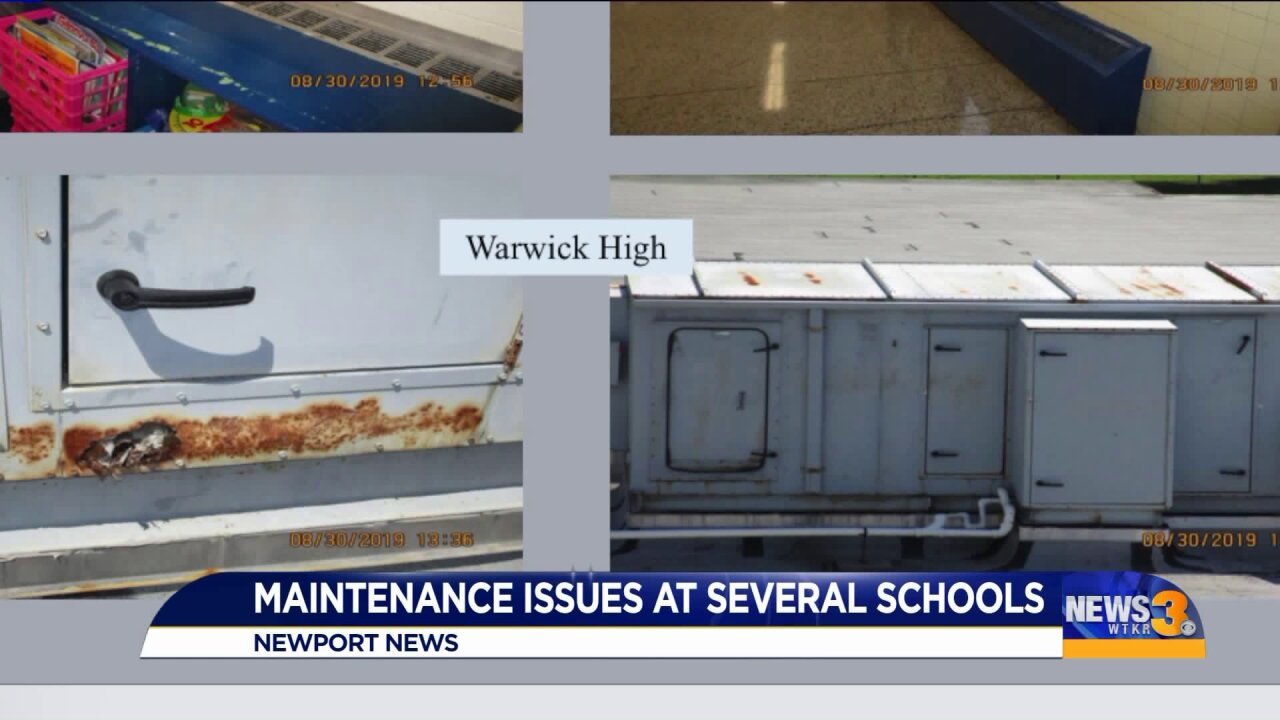 NEWPORT NEWS, Va. - Photos shown to city council and school board members this week demonstrate some of the issues Newport News' aging school buildings are facing.

"I think it's really important to communicate with the city council and community what the state of our school buildings are," said School Board member Shelly Simonds.

The average age of the school buildings is 47 years old, according to Simonds. That number is close to the 50-year lifespan for the buildings.

"They're getting up there, and it takes millions of dollars out of our budget each year to maintain things like roofs, HVAC systems, paving, parking lots and the learning cottages," she said.

Among the schools facing the biggest challenges is Warwick High School. The building needs to be replaced or renovated within the next 10 years, school leaders estimate. It was built in 1968.

"Warwick High School is one that I really worry about. It does have some issues. It's got a lot of different entrances. It's one that our architects have said really needs to be replaced," Simonds said.

Budgets are tight, and it's not always easy coming up with the money to address every single issue. Simonds, a candidate for state delegate in the 94th district, said the state needs a better plan to help local governments.

"I've been really disappointed with the state of Virginia. I feel like there's no plan to rebuild some of these school buildings," she said.

While the conditions might not seem the best, Simonds says the school are still safe.

"I would say we're not at a crisis moment yet," she said. "We're slowly dealing with the roofs and the HVACs."

It's an issue she and other city leaders will have to confront before there's a bigger problem.