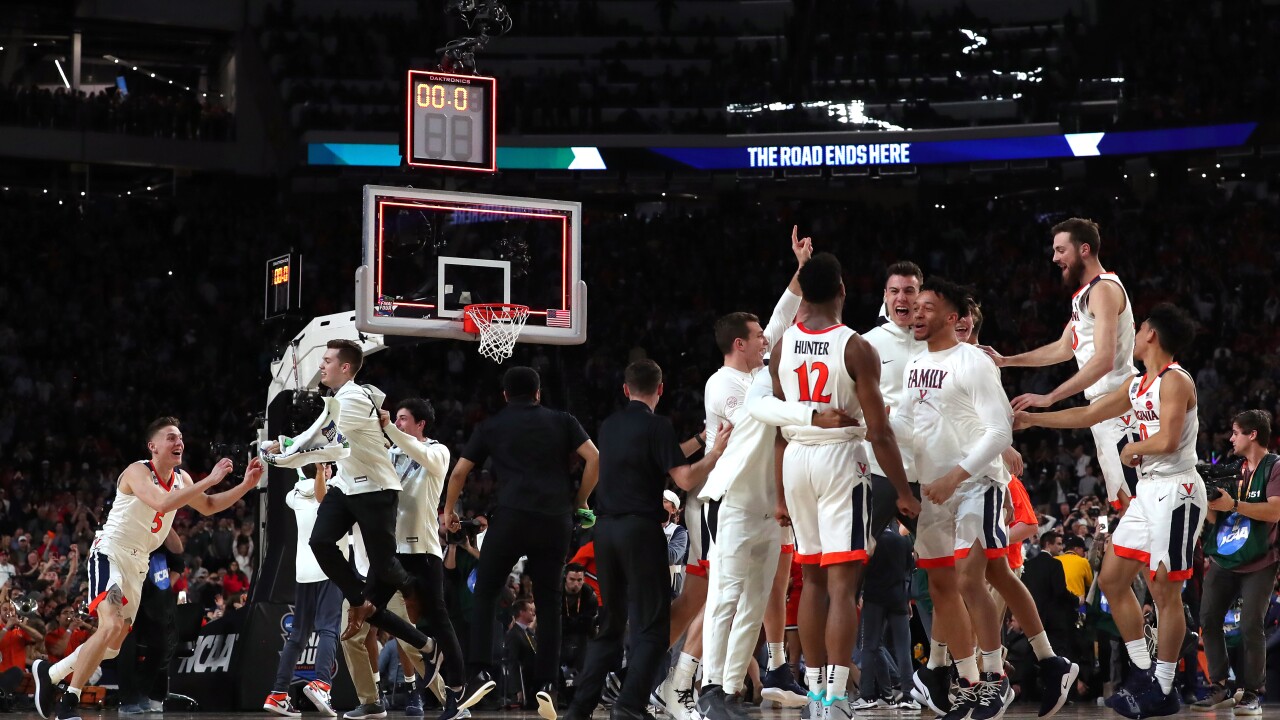 “There is always tremendous excitement surrounding ACC Basketball, and that’s no different as we look ahead to the 2019-20 season,” said ACC Commissioner John Swofford. “The league is coming off its third national championship in the last five seasons, and the collective success by our programs is second-to-none.

“In addition to the anticipation for the season to begin, this year also marks the debut of ACC Basketball on ACC Network which will provide our fans with even more opportunities to follow all of our programs.”

The national champion trophy is presented to the Virginia Cavaliers after their 85-77 win over the Texas Tech Red Raiders in the 2019 NCAA men’s Final Four National Championship game. (Photo by Streeter Lecka/Getty Images)

Ahmed Hill #13 of the Virginia Tech Hokies dunks the ball against the Duke Blue Devils. (Photo by Patrick Smith/Getty Images)

The full non-conference schedule for every team, including game times and television designations, also will be announced at a later date.

The Duke Blue Devils celebrate with the ACC Championship Trophy after their 75-58 victory over the North Carolina Tar Heels in the championship game of the 2011 ACC men’s basketball tournament. (Photo by Streeter Lecka/Getty Images)

The ACC’s current 15 member schools have captured eight of the last 19 NCAA Championships and 17 overall, including Virginia’s first title in 2019. Current ACC member schools have combined for 64 Final Four appearances and a national-best 639 NCAA Tournament wins. League teams have combined to win an NCAA-record 74 NCAA Tournament games over the past five seasons, highlighted by a 68-29 mark versus teams from outside the conference.

Additionally, four of the top eight and six of the top 30 winningest programs in NCAA Division I basketball history currently reside in the ACC. Three of the six active Division I coaches currently in the Naismith Basketball Hall of Fame are competing in the ACC again this season – Duke’s Mike Krzyzewski, North Carolina’s Roy Williams and Syracuse’s Jim Boeheim.