The United States is delaying some tariffs on China. Markets are moving higher 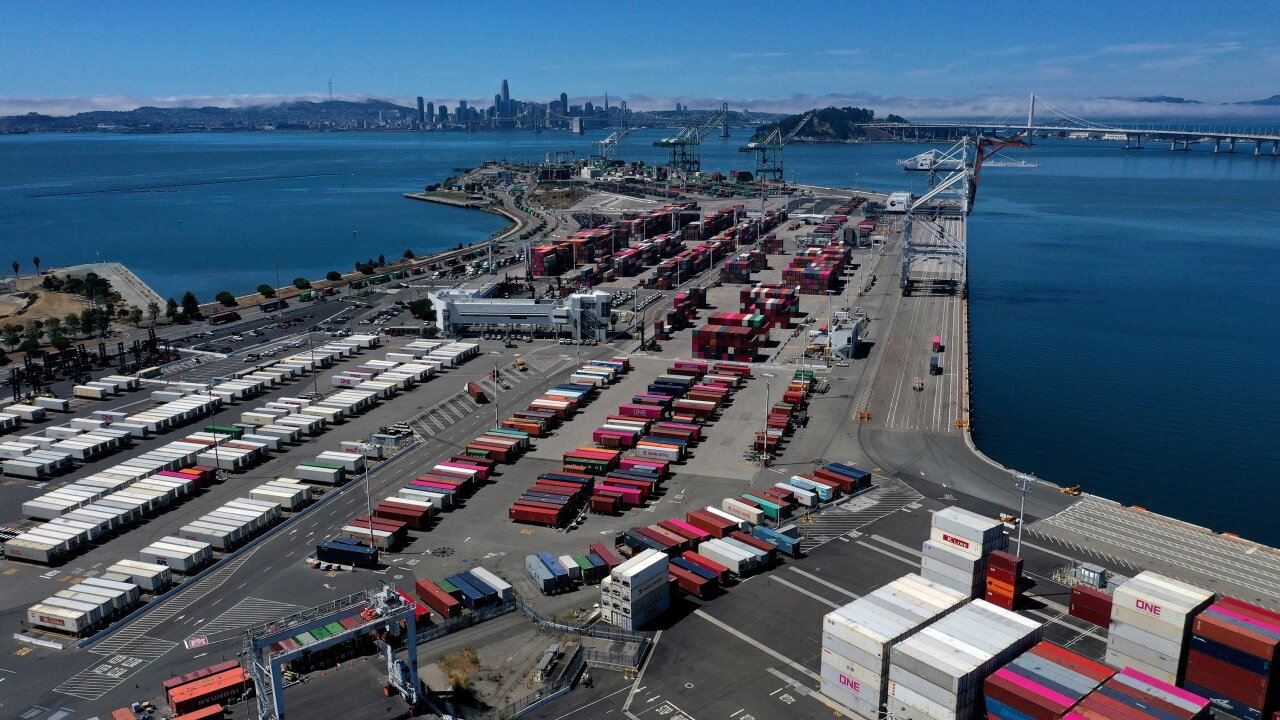 US market futures climbed as President Donald Trump announced he would push back new tariffs on Chinese goods for two weeks.

Global stocks are mostly on the rise after the United States and China took small steps toward cooling trade tensions between each other.

China announced Wednesday that it would waive tariffs on some US goods. US President Donald Trump followed with plans of his own to push back new tariffs on Chinese goods by two weeks.

Chinese companies are also looking into the cost of buying US agricultural products — including major imports like soybean and pork, a spokesman for China’s Commerce Ministry said Thursday.

Trump declared the US tariff delays as a sign of “good will” toward China. He said that an increase of tariffs from 25% to 30% on $250 billion worth of goods will be pushed from October 1 — the 70th anniversary of the People’s Republic of China — to October 15.

The exemptions announced by China also indicate an “olive branch” that suggests the country’s willingness to end or at least de-escalate tensions between the two sides, said Stephen Innes, a market strategist for Asia Pacific at AxiTrader.

But weak economic data from both countries is likely fueling a desire to reach some sort of agreement, according to Innes and other analysts. American manufacturing, for example, shrank for the first time in three years this summer.

That sector is “absolutely the chunk of the economy the president most wants to safeguard,” Innes wrote in a research note.

Trade data out of China, meanwhile, has indicated that soft global demand and tariffs are weighing on the country’s economy.

Hu Xijin, the editor of the Chinese state-run media outlet Global Times, told Bloomberg on Wednesday not to think of China’s exemptions as a “concession” from the country. But the Chinese government’s announcement still “reflects the growing impact of the tariffs upon the wider Chinese economy,” wrote Jingyi Pan, a strategist for IG Group, in a research note.

Others have also pointed out that China’s exemptions — which start September 17 and continue for a year — so far don’t include major goods that are subject to tariffs, like soybeans or meat. They instead include products like shrimp, fish meal and cancer treatment drugs.

“Chinese tariffs that really matter are the ones on US agricultural and manufacturing goods, produced mainly in states with strong support for Donald Trump,” said Artur Baluszynski, head of research at Henderson Rowe, on Wednesday. “We just don’t see China willing to negotiate on them before the race for US presidential elections really kicks off.”

The United States and China are expected to meet again face-to-face in Washington in the coming weeks for another round of trade negotiations. Experts have previously noted that a genuine compromise will be difficult, since the United States wants China to implement sweeping structural changes that would mean a significant reduction in the state’s role in the economy. China is reluctant to make reforms that would overturn its fundamental state-driven development model.

Other market moves in Asia

Hong Kong’s Hang Seng Index was the only loser among major Asian indexes Thursday. It ended down 0.3%, dragged down by Hong Kong Exchanges and Clearing. The company, which owns the Hong Kong Stock Exchange, tumbled 3.5% Thursday — the day after it made a $37 billion takeover bid for the London Stock Exchange.

Meanwhile, Anheuser-Busch InBev — the world’s biggest brewer — said Thursday that it will resume exploring a potential IPO in Hong Kong for its Asia business. The company earlier shelved that plan in July.

And Cathay Pacific, the flagship airline in Hong Kong, fell 0.9% Thursday after it announced an 11.3% drop in passengers for August compared to a year earlier. Ongoing mass protests in the city have taken a toll on the airline.

“August was an incredibly challenging month, both for Cathay Pacific and for Hong Kong, ” the airline company said in a filing Wednesday after market close. “Overall tourist arrivals into the city were nearly half of what they usually are in what is normally a strong summer holiday month, and this has significantly affected the performance of our airlines.”