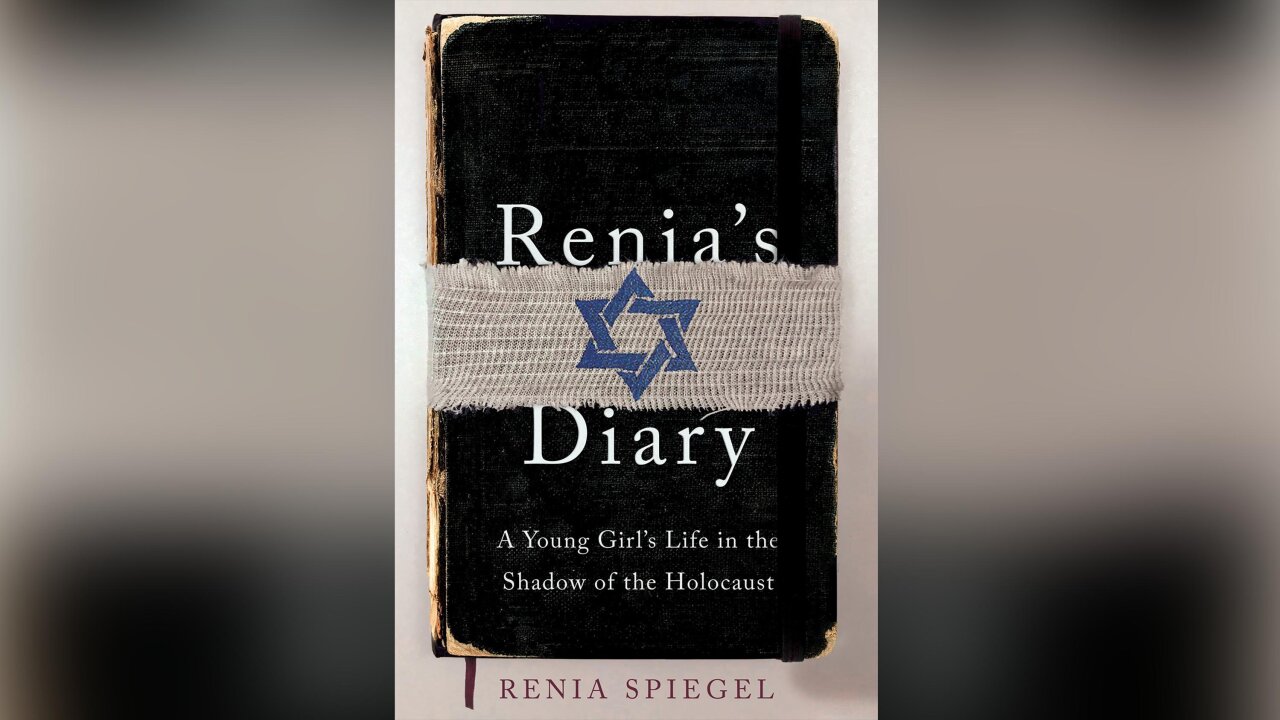 For almost 70 years, the secret Holocaust diary of the Polish Jewish teenager Renia Spiegel was sealed away in a New York bank vault.

Shot dead by the Nazis just as she reached adulthood in 1942, Renia’s story was too painful for her surviving sister and mother to read.

Now, Renia’s Diary: A Young Girl’s Life in the Shadow of the Holocaust is finally to be published by her family. And it is already drawing comparisons to the diary of Anne Frank for its clarity and skillful writing.

Described by its publisher, Penguin Books, as “an extraordinary testament to both the horrors of war, and to the life that can exist even in the darkest times,” the journal will be released on September 19.

The girl lived in Przemysl, south-east Poland, which was under Soviet occupation until the Nazis invaded the Soviet Union in 1941.

The diary, almost 700 pages, begins in January 1939 when Renia was 15 and chronicles her escape from bombing raids in her hometown, the disappearance of other Jewish families and the creation of the ghetto.

Renia and her sister Elizabeth (nee Ariana) got separated from their mother, who was on the German side during the war. Almost every entry of the diary ends with “God and Bulus will save me,” using the girl’s pet name for her mother.

An aspiring poet, Renia also fills her diary with dozens of compositions, as well as accounts of her falling in love for the first time for a boy named Zygmunt Schwarzer.

The two exchanged their first kiss a few hours before the Nazis reached Przemysl.

Related: Anne Frank’s stepsister meets the teens who partied with a swastika

Renia was murdered in July 1942 at the age of 18 when the Nazis discovered her hiding in an attic. She left the diary with her boyfriend, who wrote the chilling, heartbreaking last lines in the journal: “Three shots! Three lives lost! All I can hear are shots, shots.”

Schwarzer shared it with someone else for safekeeping before he was deported to Auschwitz. He survived, moved to the US and in 1950 managed to return the diary to Renia’s sister Elizabeth along with her mother Róża, who were both living in New York

Elizabeth couldn’t bring herself to read it, so she decided to deposit it in a bank vault. It wasn’t until 2012 that her daughter Alexandra Bellak pushed to have the diary translated into English so people from all over the world could read it.

“I was curious about my past, my heritage, this special woman I was named after (middle name is Renata) and I don’t speak Polish (thanks mom!) And she never read it as it was too painful,” Alexandra told CNN in an interview conducted over Facebook Messenger.

When she read it for the first time, she was “heartbroken”, she said.

“I understood its depth and maturity, and fine writing and poetry, and with the rise of all the isms – anti semitism, populism and nationalism – both me and my mom saw the necessity in bringing this to life.”

Alexandra said her mom, now 87, hasn’t read the diary in its entirety because it’s too painful for her. “She read only the excerpts that were printed in the Smithsonian,” she added.

She added that the first reaction from people who have read it has been overwhelming. “From young and old, they’re praising the outstanding writing, the yearning for a normal life, the longing for her mother,” Alexandra said.

Here are some extracts from the book:

I haven’t spoken to you for a while. The end of the school year is long gone, my summer vacation is

almost over, and I haven’t spoken to you. I went to see my aunt in the countryside, I went to Warsaw,

saw Mama and now I’m back. But you don’t know about any of tha . You were lying here, left on your

own with my thoughts and you don’t even know that we have a secret mobilization, you don’t know

that the Russians have signed a treaty with the Germans. You don’t know that people are stockpiling

Wherever I look, there is bloodshed. Such terrible pogroms. There is killing, murdering. God Almighty, for the umpteenth time I humble myself in front of you, help us, save us! Lord God, let us live, I beg You, I want to live! I’ve experienced so little of life. I don’t want to die. I’m scared of death. It’s all so stupid, so petty, so unimportant, so small. Today I’m worried about being ugly; tomorrow I might stop thinking forever.

Will slide between us, you see

But today there is still time for life

With blood, with dirty, stinking slag

Today you are alive

There is still time to survive

When the song still moves ahead

The song of the wild and furious flood

Brought by the living dead

Listen, my every muscle trembles

My body fumbles for your closeness

It’s supposed to be a choking game, this is

Not enough eternity for all the kisses

Remember this day; remember it well. You will tell generations to come. Since 8 o’clock today we have been shut away in the ghetto. I live here now. The world is separated from me and I’m separated from the world.