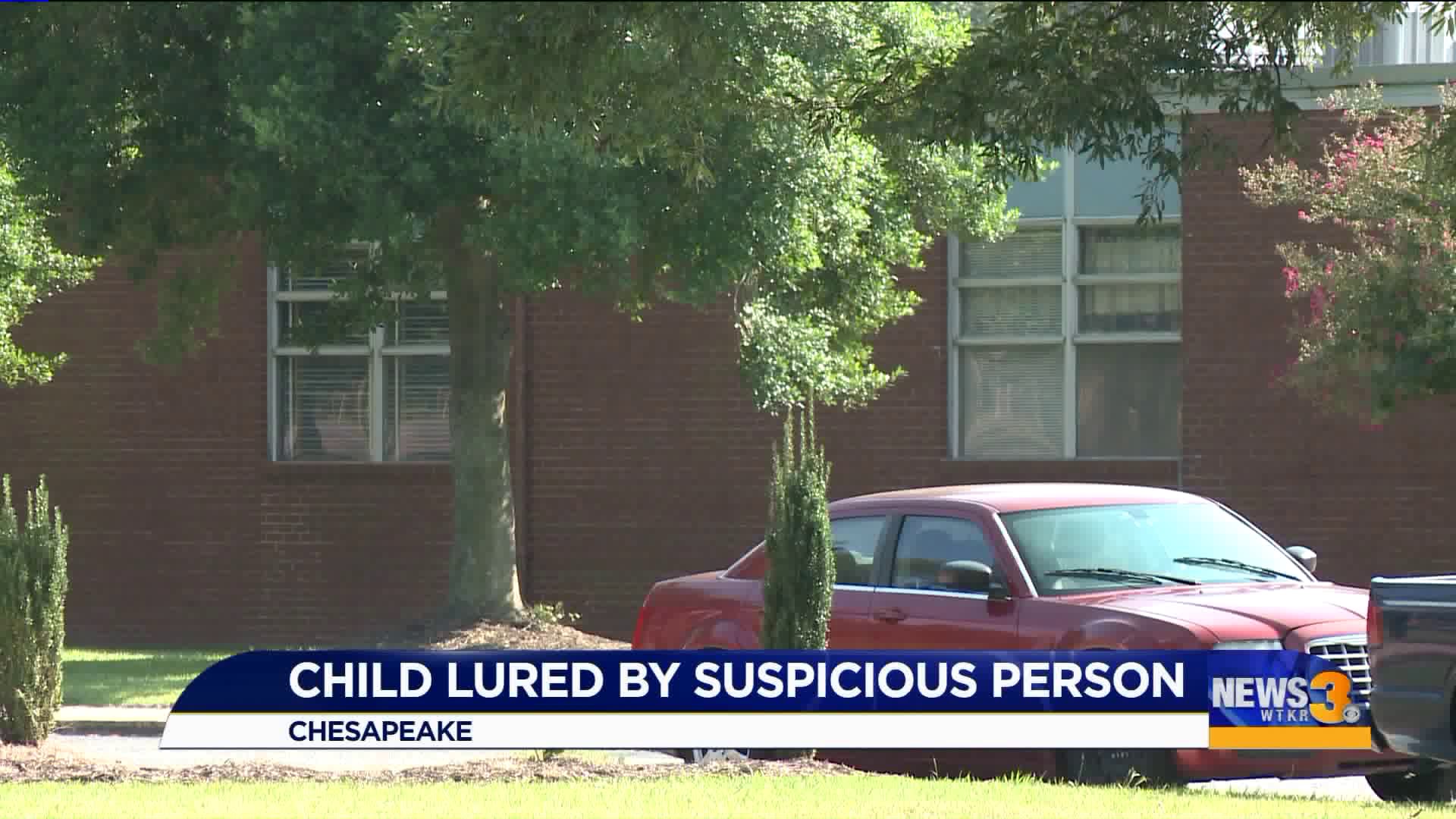 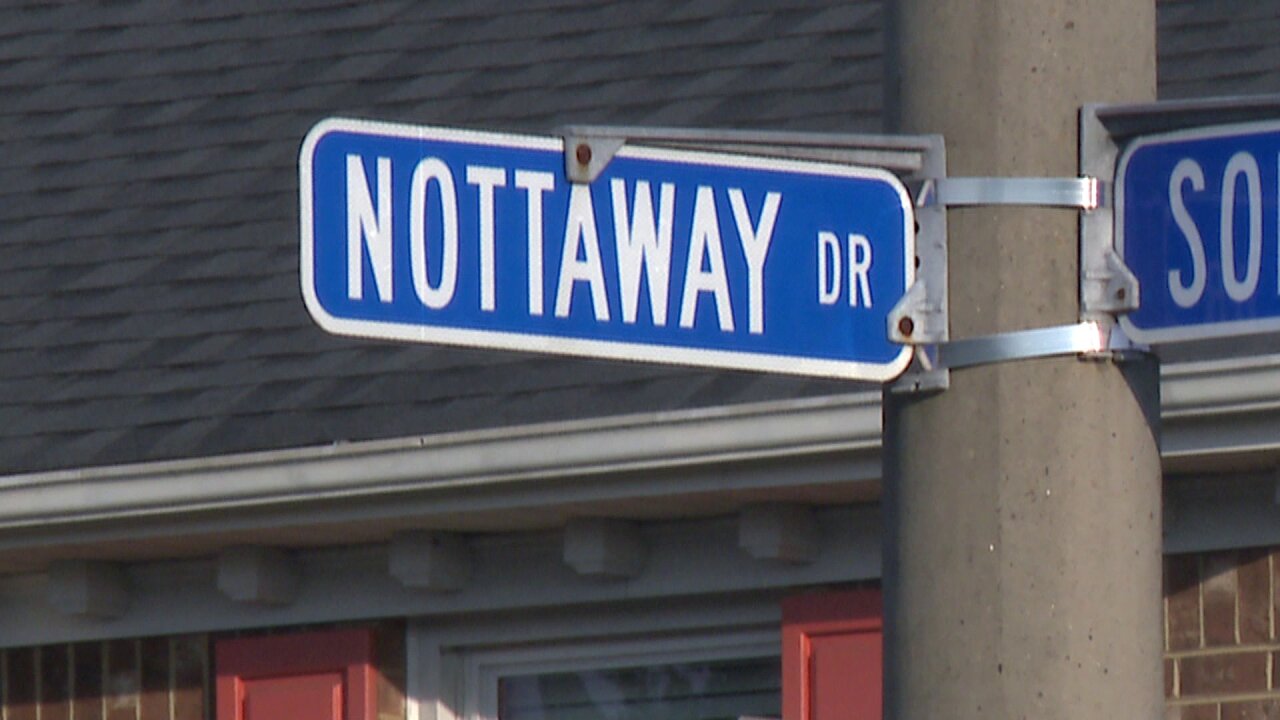 CHESAPEAKE, Va. - Amber Tyndall’s fourth grader goes to Crestwood Intermediate School. She came home on Tuesday with a letter from her principal about a man who tried to lure two students.

“It scares me it really does because, I mean, I have my little girl and it’s a crazy world out there," she said.

Chesapeake Police tell us the man approached the kids while they were walking home from the bus stop near Nottaway Drive. Neighbors in the area say it’s a quiet neighborhood, but it does get a lot of traffic.

“We are worried about the children who do go to school out here," said Kathy Cayaba.

Cayaba walks her two grandchildren almost every day.  She couldn’t believe the news when she found out.

“It scared me to death when my next-door neighbor told me that. I panicked last night. As soon as we got home from walking, I locked the windows and both doors.”

Investigators say the man they are looking for has red hair, a beard, a hoop nose ring, tattoos on his neck and drives a white car. Even though the incident didn’t happen in Tyndall's neighborhood, she says it easily could’ve been her child.

“I work and I’m not always going to be home to be with them. It scares me to know that they walk home from their bus stops by themselves.”

“Never accept rides unless they know the person through us and it’s an A-okay with us," she adds.

Police say it’s also good for children have a neighbor or two that they can trust if they are in immediate danger.

“If they feel uncomfortable, they can go ahead and go to a neighbor's house that already knows, 'Hey, just keep and eye out on them for me.'"

After what happened on Monday, Tyndall says she’s keeping close watch on her children - and everyone else’s.

“Because I don’t want to see a child abducted. It's a scary situation.”

Police say they are adding additional patrols to the neighborhood and working with school resource officers.