Fugitive couple facing murder charges are in custody after a tip 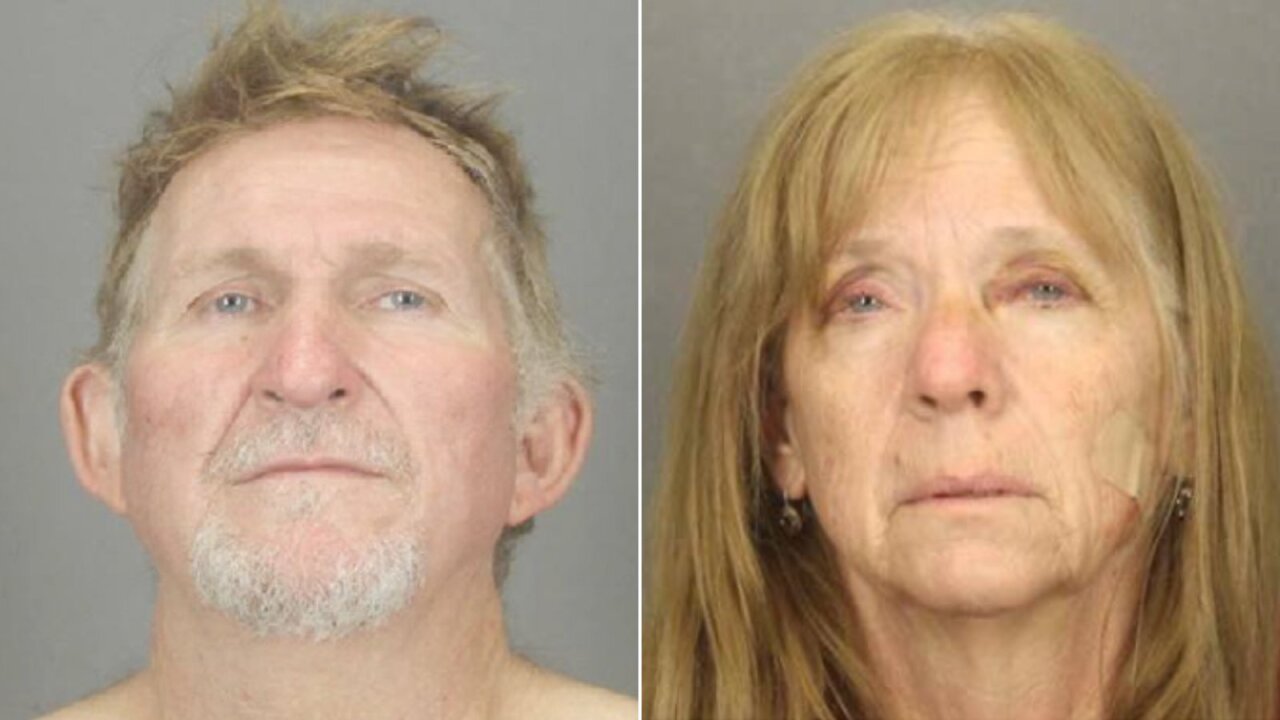 Blane and Susan Barksdale were located and arrested without incident by the Navajo County Sheriff’s Office and the US Marshals Service, the Sheriff’s Department announced on its Facebook page late Wednesday.

The married couple accused of killing a 72-year-old man and then escaping while being transported from New York to Arizona were recaptured after a tip that they were hiding out with an acquaintance on federal probation for selling meth, the US Marshals Service said Thursday.

Blane and Susan Barksdale were located and arrested without incident by the Navajo County Sheriff’s Office and the US Marshals Service, the Sheriff’s Department announced on its Facebook page late Wednesday.

Blane and Susan Barksdale were located and arrested by a team of Navajo County Sheriff’s deputies and US Marshals in the remote community of Punkin Center, northeast of Phoenix, US Marshal for the District of Arizona David Gonzales told reporters.

Their acquaintance came out first, followed by a sobbing Susan Barksdale, who told authorities her husband Blane was still inside the home, Gonzales said.

Blane Barksdale then stepped outside and initially responded to commands before becoming “verbally abusive to the officers, flipping them the bird, not responding to their commands, and deputy marshals at the scene had to use a Taser and what we call a bean bag round in the leg to take him down,” Gonzales said.

Barksdale was cooperative until he got about 15 feet from officers, Assistant Chief Deputy US Marshal Van Bayless said. He was taken down after being verbally abusive and making “pretty aggressive movements,” Bayless said.

The arrests ended a 16-day manhunt by authorities, who received hundreds of tips, including the one that led officers to the isolated modular home near Tonto National Forest, Gonzales said.

Once in custody, Barksdale told Bayless that he “didn’t choose wisely with his actions.”

“He admitted to me in the jail that he brought it on himself and that was his fault, and we’re all doing our job and he has nothing but respect for law enforcement,” Bayles said at a news conference. “On the way out, he told a trooper and myself, ‘Be safe out, it’s dangerous.”

Several people are under investigation for allegedly assisting couple during their time on the run, officials said.

The Barkdales have an initial appearance in Tucson Thursday afternoon on an unlawful flight to avoid prosecution charge, which will be dismissed, Gonzales said.

The couple will then be turned over to Tucson police for booking into Pima County jail in connection with the homicide.

Blane Barksdale had been on the Marshals Service’s list of the 15 most wanted fugitives since Monday.

“Persons placed on the US Marshals top 15 list are usually career criminals with histories of violence, and whose incident offenses pose a significant threat to public safety,” Gonzales said Monday. “Blane Barksdale has the dubious distinction of fulfilling that requirement.”

The couple escaped custody in late August as they were being extradited on charges of arson, burglary and murder in connection with the death of a Vietnam veteran in Tuscon, Arizona. They used a medical emergency to get the guards to pull over and then threw them in the back of the van, Gonzales said.

While on the run, they might have been getting help from white supremacists, Gonzales said at a news conference Monday.

“Somebody like Blane in prison — with both local — with both state and federal prison, would be associated with Aryan Brotherhoods, white supremacist gangs. So those are the type of individuals we think that might be assisting,” Gonzales said.

In April, police responded to a fire that led to an explosion at Vietnam veteran Frank Bligh’s home.

But he and his vehicle were nowhere to be found, and investigators discovered evidence the fire was set intentionally and that Bligh had been killed, Tucson police said.

On May 1, an arrest warrant was issued for the Barksdales on charges including first-degree murder, first-degree burglary, arson and auto theft, police said.

But the Barksdales had fled the state, sparking a nationwide search. They were found in Henrietta, New York, a suburb of Rochester, and arrested without incident on May 24.

Bligh’s brother said the victim was good friends with Susan Barksdale but she had changed since meeting her new husband.

CNN was not able to identify an attorney for the couple.