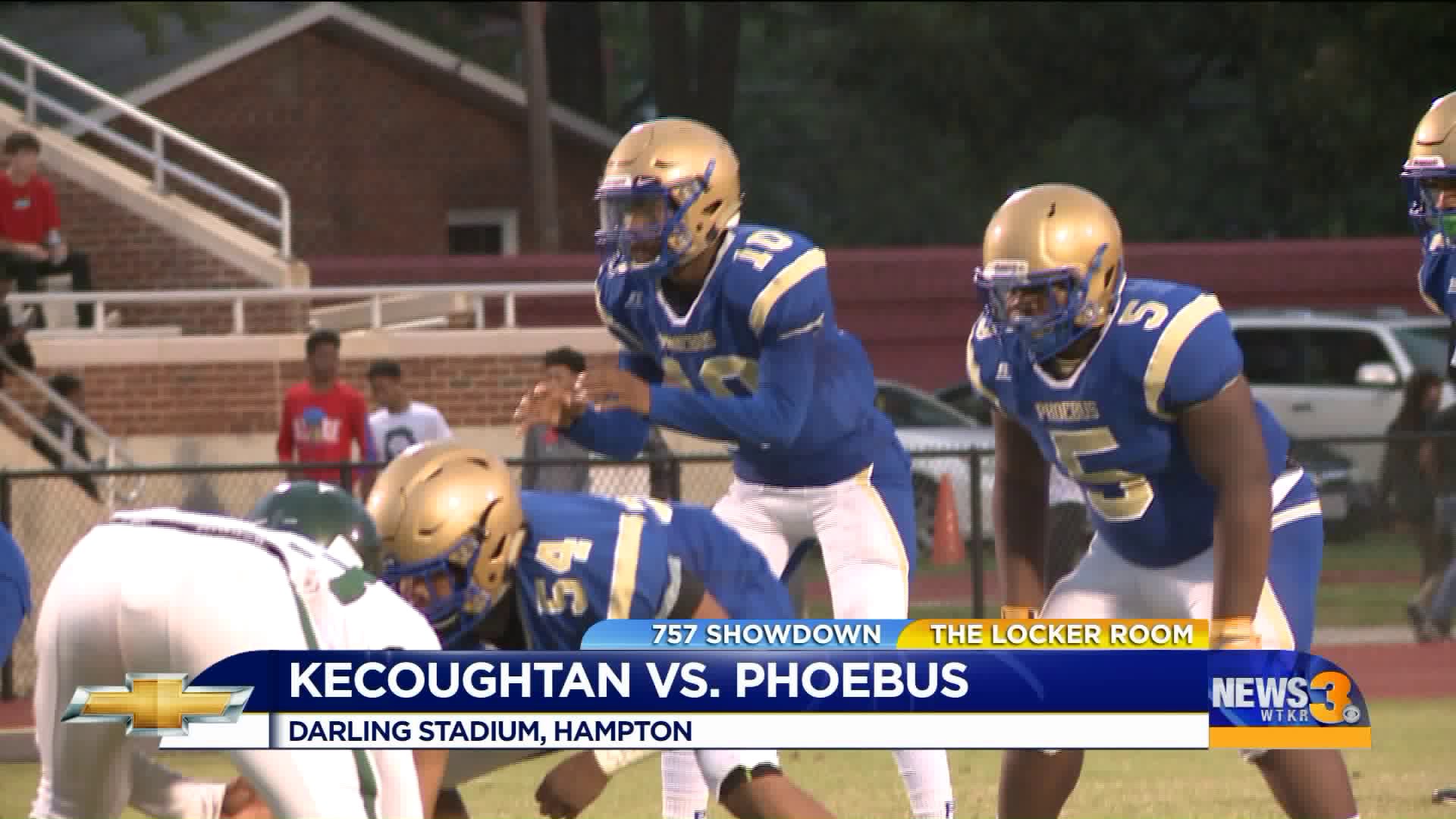 HAMPTON, Va. - With Kecoughtan High School and Phoebus High School located less than ten minutes apart, the football players at each school are very familiar with one another.

"We grew up with these players that play for Phoebus," Kecoughtan safety James Mozelle said.

"It goes way back from Pop Warner to Rec league," Phoebus safety Corey Wilson added. "We know each other very well, being that it's so close."

On Saturday night, those friendships had to be put aside when the two teams squared off in a Crosstown Showdown.

On the Phantoms' first possession, it took just two plays before Phoebus would get on the board. Quarterback Chris Daniels handed it off to Anthony Turner to go up 6-0.

They'd rely on the ground game again, but this time it'd only take one play to score. Jaylen White gets the carry and put his team up 12-0.

In this week’s 757 Showdown matchup, Phoebus has a 39-0 lead at the half #HSFBhttps://t.co/jHKQiCf2wl pic.twitter.com/PCueGIWHJg

After carrying a 39-0 lead into the half, Phoebus would put together a 53-0 route of Kecoughtan.

"It's what we needed," Phoebus head coach Jeremy Blunt said. "We had two weeks off, the guys were anxious to get on the field, excited, so we just really wanted to get out there tonight and dominate, just focus on execution."

Both tams return to Darling Stadium next week, when the Phantoms face Hampton Friday and the Warriors have a matchup with Bethel Thursday.