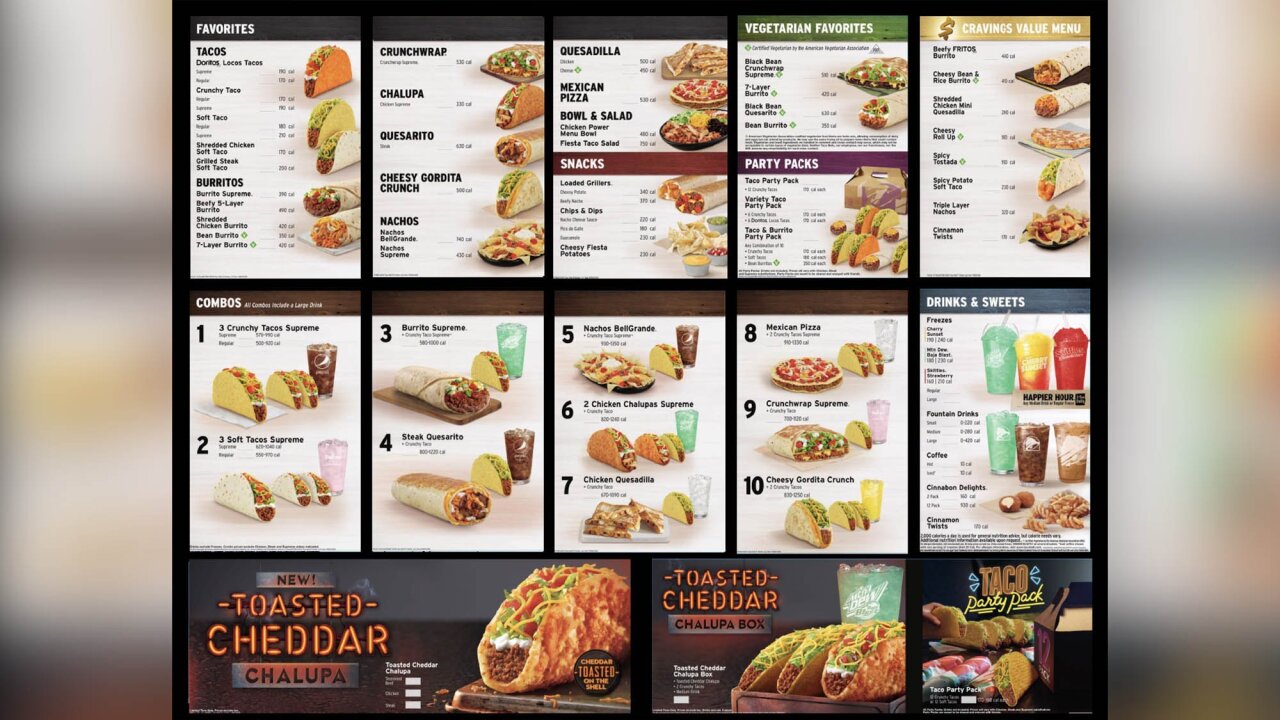 Beginning Thursday, the fast food chain will offer two new vegetarian items: a Black Bean Crunchwrap Supreme and a Black Bean Quesarito. Those are in addition to its two other existing vegetarian options that will be displayed prominently in a new “Vegetarian Favorites” menu.

With customers becoming more health conscious, the changes makes it easier for vegetarians to see their options, the Yum Brands-owned company previously explained

The nationwide expansion of the new menu items to Taco Bell’s 7,000 US restaurants comes after a test earlier this year. It’s also planning a new advertising campaign to promote the new section.

In total, there are more than a dozen vegetarian items on Taco Bell’s menu. They will feature a new green emblem that shows off Taco Bell’s American Vegetarian Association certification. It be came the first and only quick service chain to receive the certification in 2015.

Taco Bell emphasized that non-vegetarian items can be made vegetarian by substituting beans for meat. The chain said that its menu items “can be customized more than 8 million ways” to fit a vegetarian diet.

Noticeably absent from the menu are any products featuring alternative meats from Impossible or Beyond Meat. KFC, which is also owned by Yum Brands, tested out Beyond Meat’s new plant-based chicken in Georgia.

Plant-based meat alternatives have grown popular in supermarkets and restaurants across the world, as people search for environmentally friendly and healthier foods to eat. Taco Bell said in a release said it plans to “further innovate in this growing space.”

Other companies are trying to capitalize on diet-based resolutions. Chipotle launched “lifestyle bowls,” a new collection of meals that fit into paleo, ketogenic and Whole30 diets.