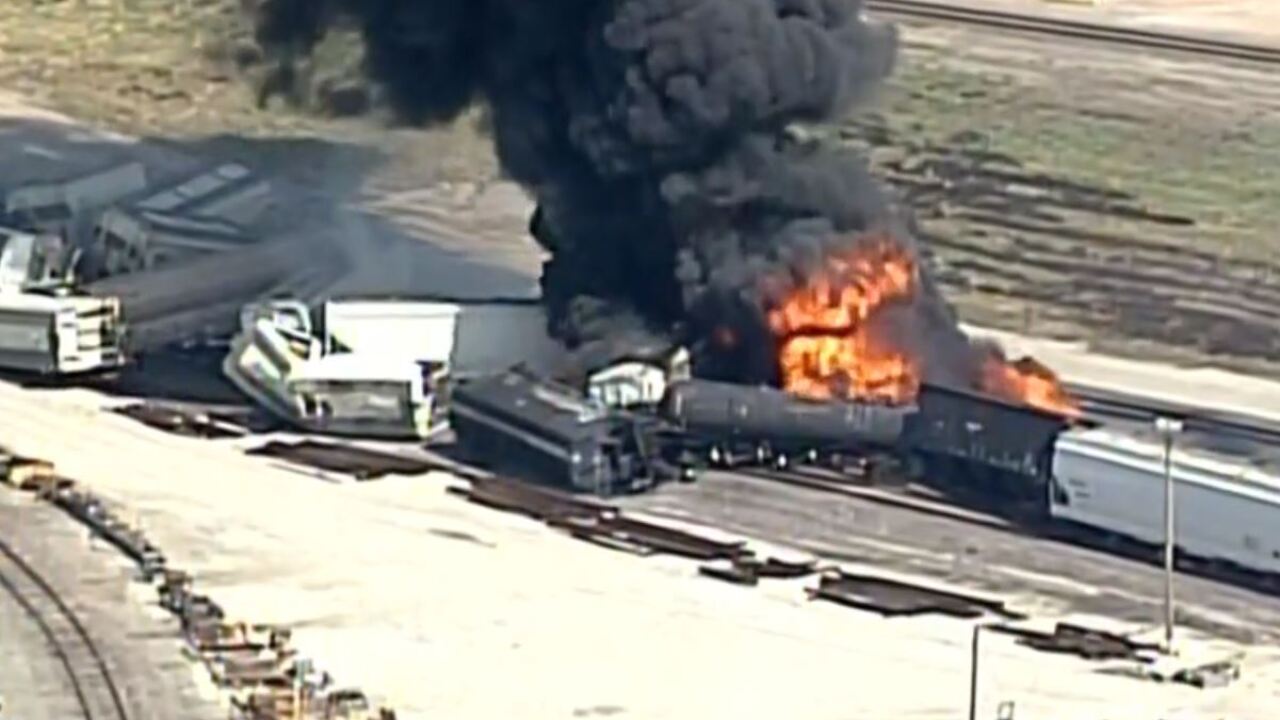 There are several cars off the track and from a live stream it looks as if at least one car is on fire.

A KTVI reporter in St. Louis said  the material inside the train was ethanol so people are being told to stand upwind as the fire burns.

The station said they have 90-degree temperatures Tuesday and that firefighters are working to keep the blaze under control so it does not spread.

KTVI got a statement from Union Pacific which said:

“Around 12:45 p.m., a derailment occurred in Union Pacific’s Dupo Yard near Carondelet Avenue between Main and Adams Road. Both crossings are closed. The train was being built for departure at the time of the derailment, which caused a tank car to catch fire. Initial information from the scene indicates that the tank car contains a flammable liquid called methyl isobutyl ketone. It is typically used as a solvent.

Union Pacific is working with area first responders to put out the fire. Our yard and nearby intermodal ramp were safely evacuated. At this time, no injuries have been reported.”