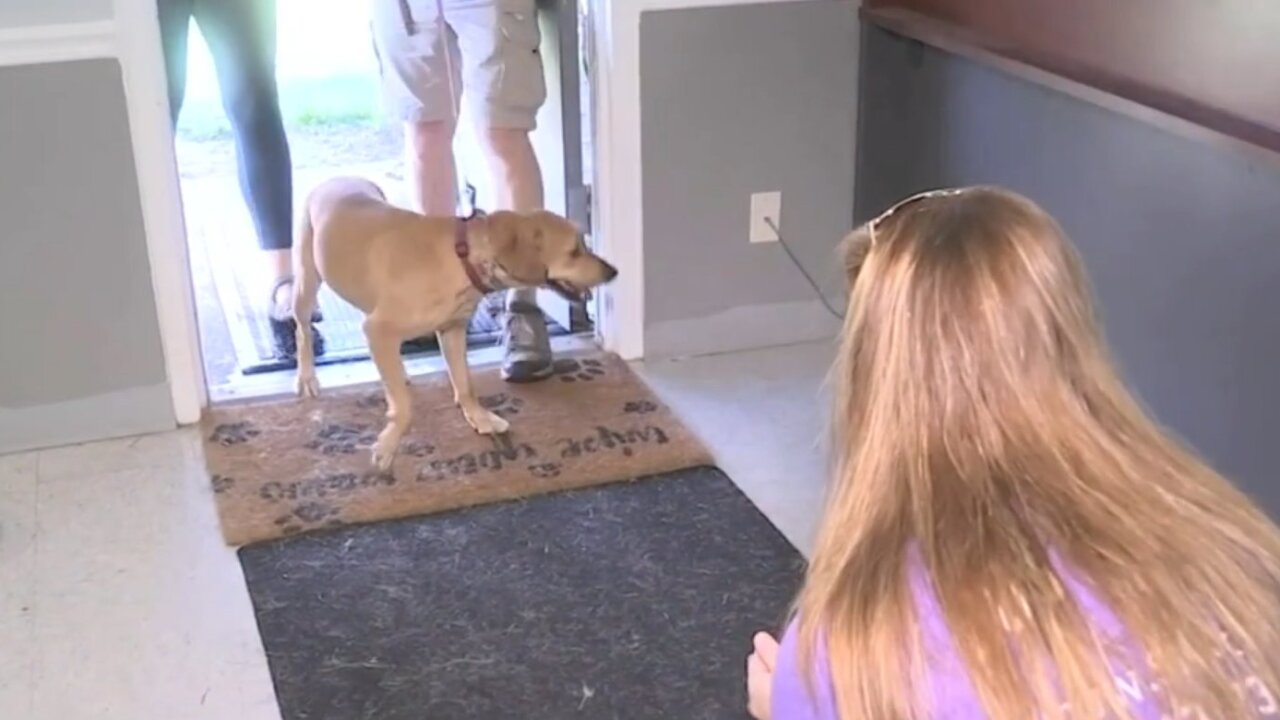 Embargo ** Kansas City, MO ** A Lenexa family is counting their blessings after a woman walked away from a rollover crash and her service dog was recovered after running away during the ordeal.

Lenexa, KS (KCTV) — A Lenexa family is counting their blessings after a woman walked away from a rollover crash and her service dog was recovered after running away during the ordeal.

Embargo ** Kansas City, MO **
A Lenexa family is counting their blessings after a woman walked away from a rollover crash and her service dog was recovered after running away during the ordeal.

There were dozens of “missing” posters posted all over the area, but as of earlier this morning the service dog is no longer lost.

The accident happened during the morning rush hour on Wednesday, right in front of Sit Now Stay dog training near Pflumm Road and 107th Street.

The red car was flipped over after being t-boned by a truck. Inside, was an employee at the center. The 24-year-old was on her way to work with her service dog, Georgia, when the accident happened.

Georgia ran off down Pflumm Road after the accident.

Brianne Durham had trained Georgia as a service dog to recognize signs of anxiety and offer comfort to her owner.

“They’re absolutely infatuated, in love with each other,” she said.

It was during an emotional interview that someone came by with good news and the woman was reunited with Georgia.

Virginia Bono was one of many out searching for Georgia.

“I was just driving up and down Pflumm yelling her name and I just saw her sprint from a neighborhood,” Bono said.

A quick medical check of Georgia found that she just had some scrapes on her ear and was suffering from heat exhaustion. Which is nothing some water and a short swim couldn’t fix.

Then, there was a second reunion.

Michella Stiles said Georgia has been a blessing for her daughter Regan.

“It was a very bad accident,” she said. “Her car is demolished, but there were angel arms around her because somehow she walked away from the accident.”

She’s glad both will be home safe together now.

“I think Georgia is going to get a bubble bath, sleep on a down comforter and lots and lots of hugs and kisses and a special dinner, too,” she said.

They believe Georgia was on her way back to the dog training center when she was found crossing Pflumm Road.