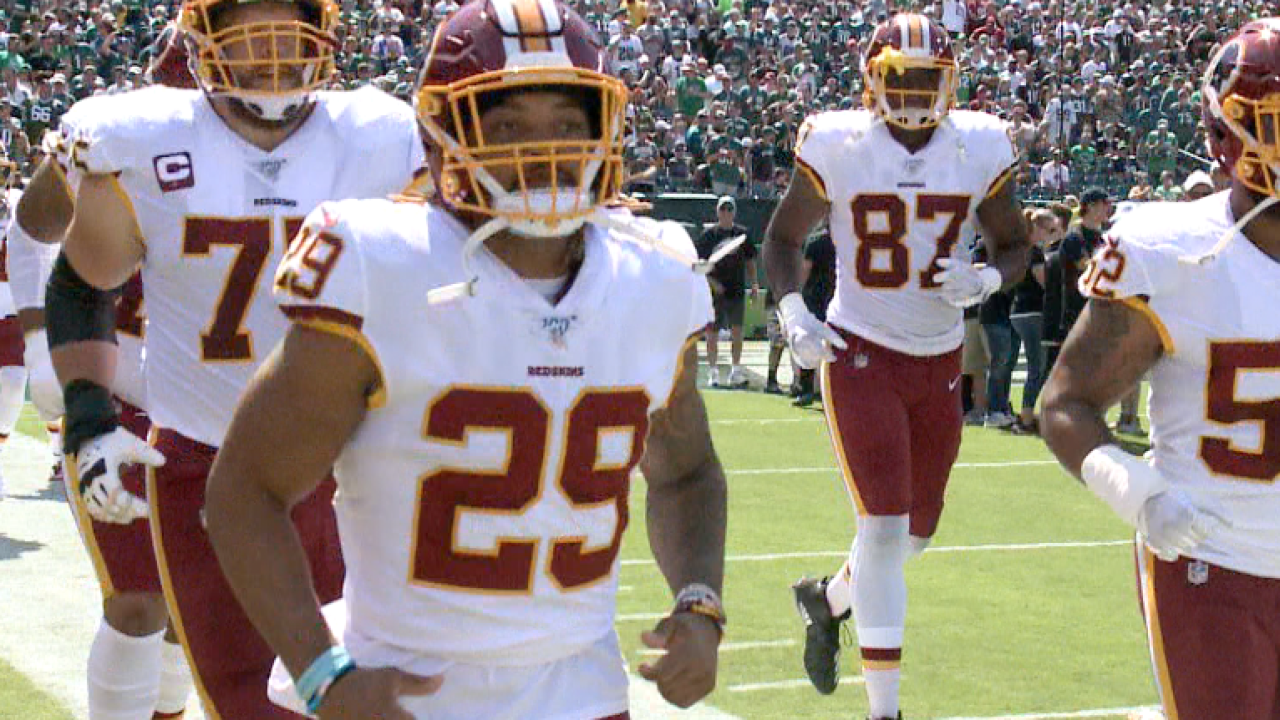 Running back Derrius Guice #29 of the Washington Redskins. (Photo by Todd Kirkland/Getty Images)

LOUDOUN COUNTY, Va. – Adrian Peterson might be the Redskins’ starting running back after all.

One day after Peterson, the future Hall of Famer, was inactive – effectively benched by the Redskins, he’s likely to return to his starting role. The reason for the change? Derrius Guice is dealing with another knee injury.

The second-year running back underwent an MRI on his right knee after experiencing soreness on the bus after Sunday’s 32-27 season-opening loss at Philadelphia.  Guice missed the entire 2018 season after tearing the ACL in his left knee.

“That happens,” Redskins head coach Jay Gruden explained Monday. “People play through injuries and then get checked out after the game. If something happens then you’ve got to get it check out.”

Guice, who was cleared to return to the game, rushed for 18 yards on 10 carries. According to Ian Rapoport of NFL Network, Guice won’t suit up in week two.

The 34 year-old Peterson is expected to return to the active roster for Sunday’s home opener vs. Dallas.

The knee currently receiving an MRI is the same knee Derrius Guice injured in college. The ACL knee was the healthier knee. https://t.co/n2pbLGOST0

From The Aftermath: The #Redskins may watch RB Derrius Guice miss more time with a knee injury, this time the other knee… which means Adrian Peterson should be back. pic.twitter.com/KR6VMQHFev