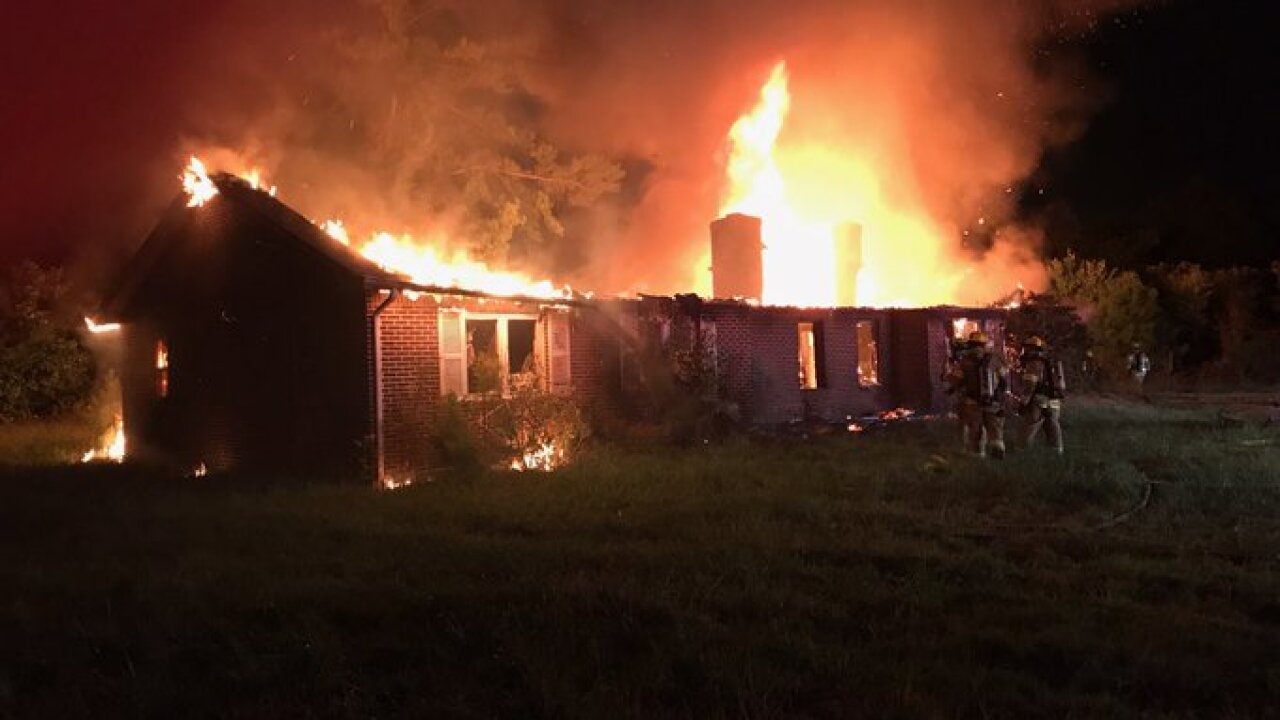 According to the Virginia Beach Police Department, firefighters responded to the end of Bowland Parkway, off of London Bridge Road, at 1:07 a.m. First arriving crews reported a heavily involved house, and firefighters made a quick interior search.

The vacant house fire was one of three fires the department responded to between 11:30 p.m. Thursday and 6:30 a.m. Friday.