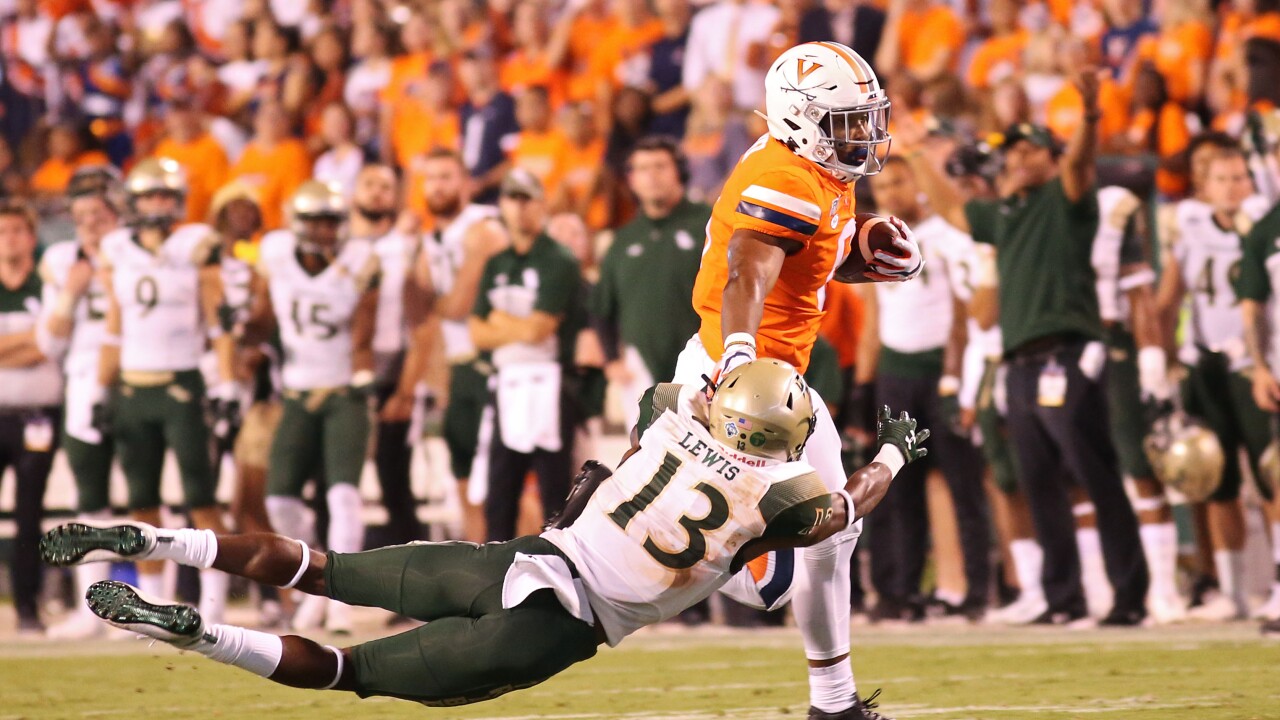 CHARLOTTESVILLE, Va. – Mike London has seen better days at UVA – many of which he engineered.

Friday night, William & Mary – led by Mike London, Virginia’s head coach from 2010 to 2015, was dismantled by UVA 52-17. Wahoos quarterback Bryce Perkins threw for two touchdowns and ran for another as UVA (2-and-0) won for the 10th time in its last 15 games.

The Tribe’s (1-and-1) lone points came after recovering a muffed punt at the Cavaliers’ 13 yard-line in the second quarter. After setting a program record by rushing for 127 yards last week vs. Lafayette, William & Mary freshman QB Hollis Mathis mustered just 10 rushing yards.

Virginia scored touchdowns on its opening four drives to begin the game, while W&M found the end zone on two of its final three possession to close the contest.