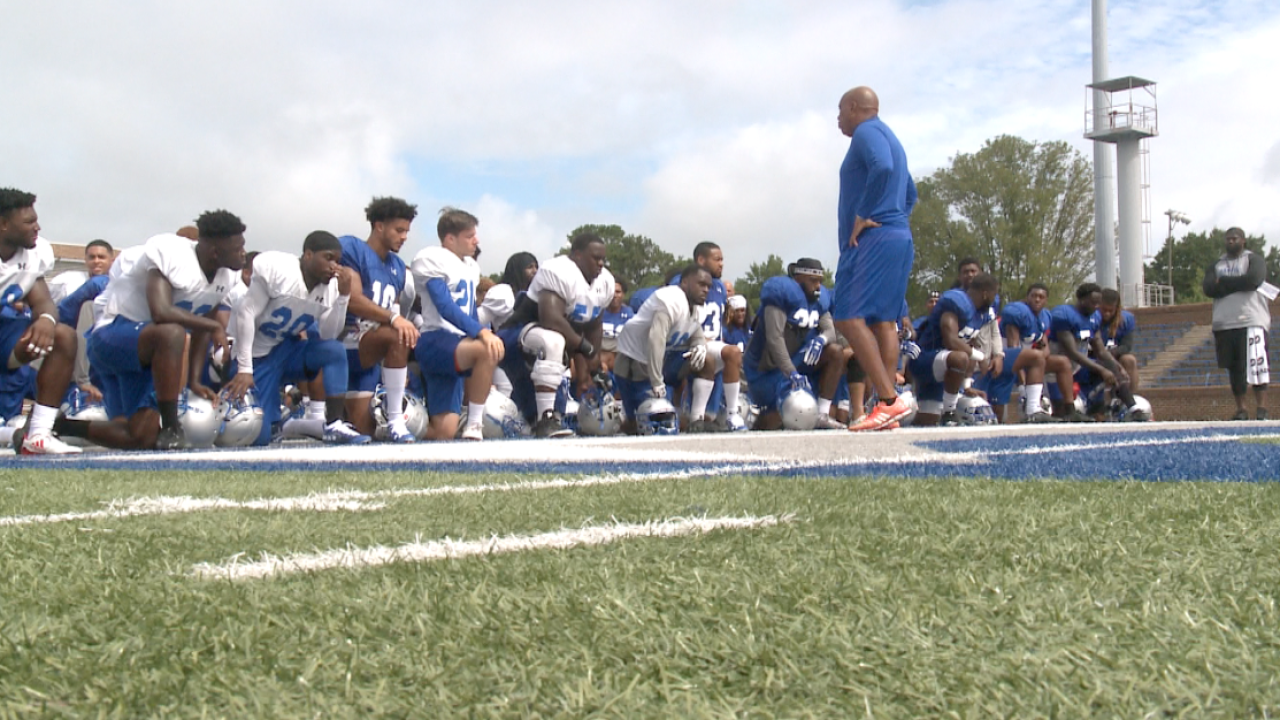 HAMPTON, Va. – The Hampton University Pirates look to follow up last weekend’s monstrous 65-7 win over Elizabeth City State with their second home win in a row.

Last week quarterback Deondrae Francois, a Florida State transfer, made his Pirates debut. On Hampton’s first series Francois connected with Jadakis Bonds for his first score in the white and blue.

Saturday will be Virginia Union University’s first game of 2019 when they travel to Armstrong Stadium. They entered the season ranked No. 10 in the first Black College Football Poll, and were the only CIAA team to be ranked in the top 15 teams.

“We are extremely excited by this ranking. To be placed in the HBCU pre-season Top 10 is definitely an honor. We’ve had great support from our administrators, fans and  alumni,” said VUU Head Football Coach Dr. Alvin Parker.  “Our team is very much looking forward to the start of the 2019 season.”

Saturday’s game between the Pirates and Panthers kicks off at 6:00 p.m. in Armstrong Stadium.