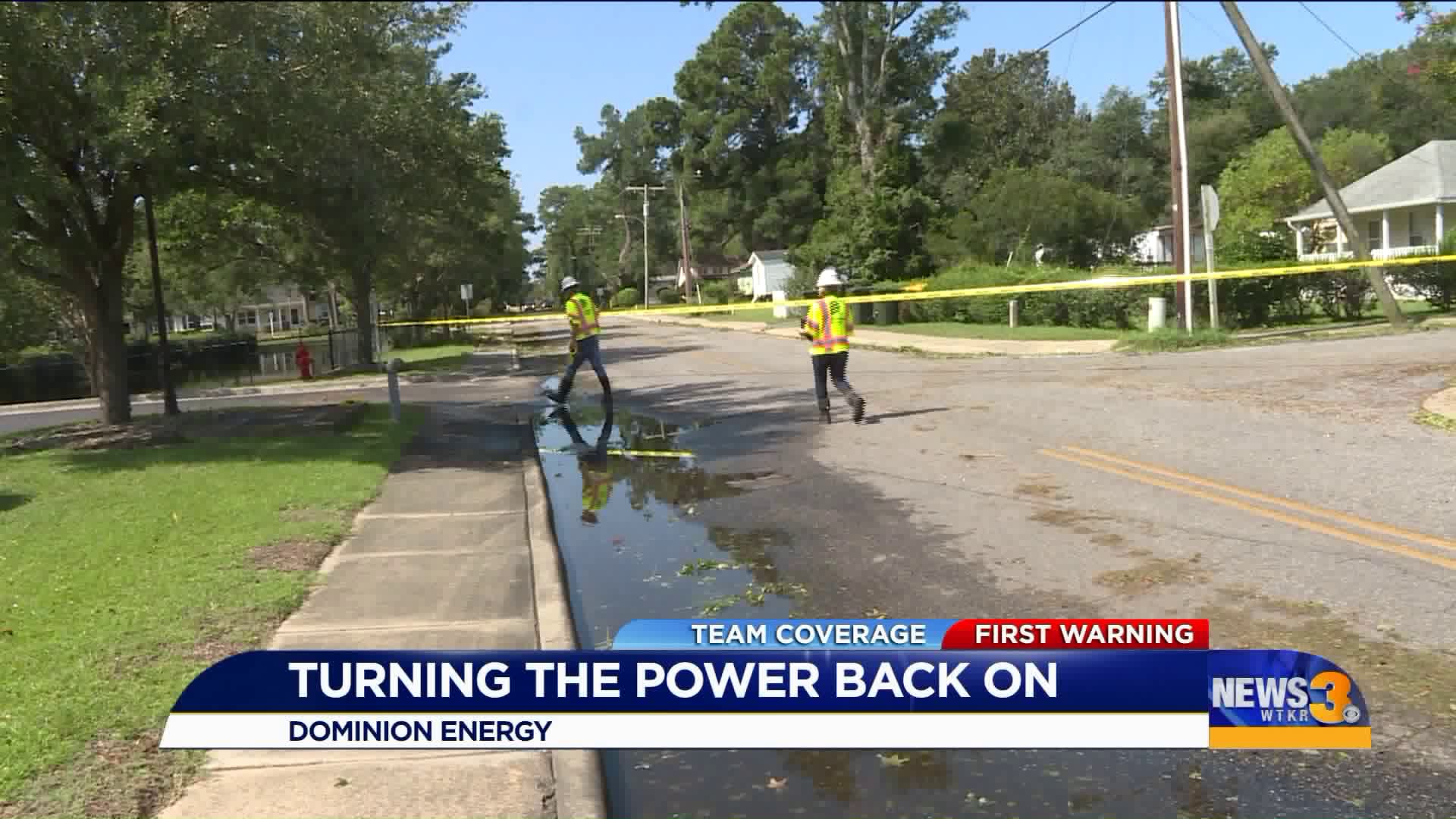 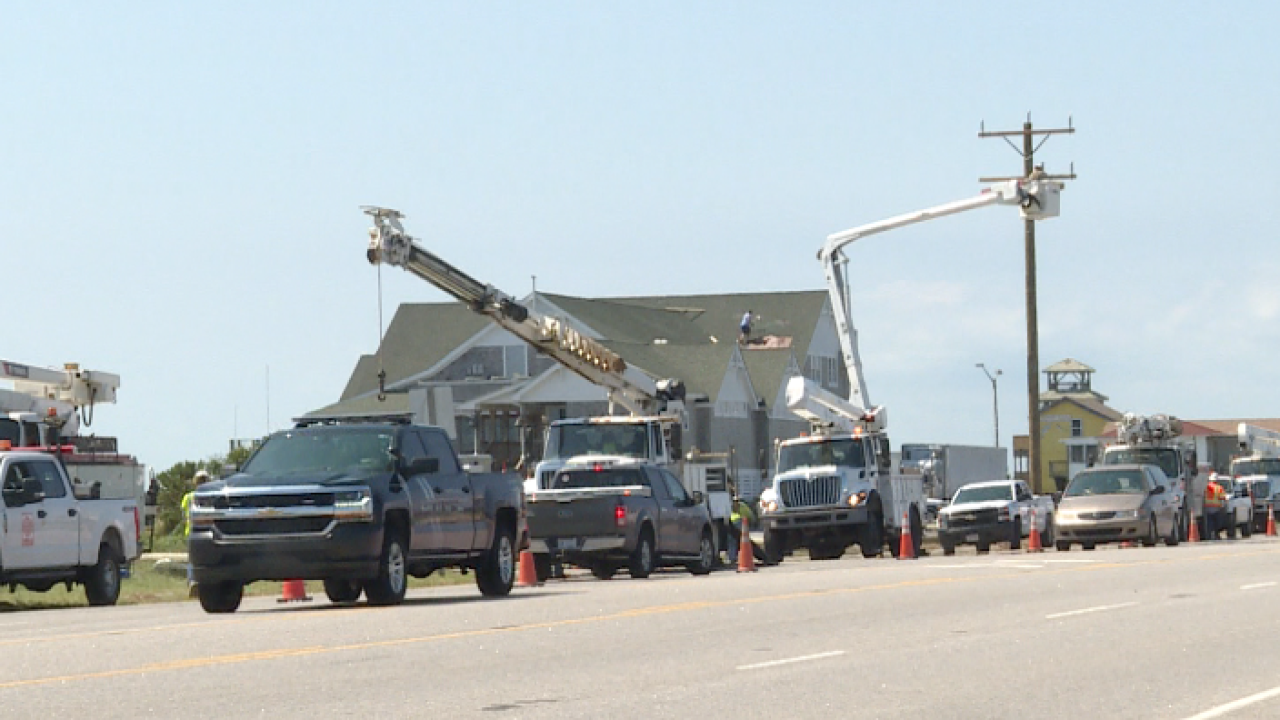 DARE Co., N.C - Thousands of people in the Outer Banks were still in the dark Saturday after Hurricane Dorian ripped through the area.

While 99 percent of those who lost power from Dorian have now had power restored, it took hundreds of Dominion Energy crews working around the clock to get the lights back on.

Since Friday afternoon they have been out getting a closer look at Hurricane Dorian’s aftermath.

During the height of the storm, they said between 50 and 60 percent of their Outer Banks customers were in the dark.

“It was a lot of downed trees, downed wires. Basically, we were just trying to get those reported back – especially the trees that had maybe fallen into the road,” Amy Stinnett, Dominion’s Customer Projects Designer, explained.

On Saturday, News 3 traveled with Stinnett and two patrollers as they assessed damage.

Our first stop was in Manteo.

“We have a primary wire down on Fernando Street,” Stinnett dispatched.

After spotting the debris left behind, Stinnentt reports it to a different crew that will make the final repair.

“We have called for a wire watcher. They’ll come down and actually sit on this until a crew can get here and make it safe,” she explained.

One of the hardest hit areas for them was in Nags Head close to the Causeway leading into Manteo.

“It’s a main feeder line,” she told News 3’s Brian Hill. “This job you’re gonna see is actually a high priority for us to get this back on, so we can get everything restored.”

Stinnett said most of the outages have been restore but they urge those without power to be patient.

“It’s not something that’s gonna be done in a day.”

If you haven’t done so already, call Dominion Energy immediately if you have an outage.