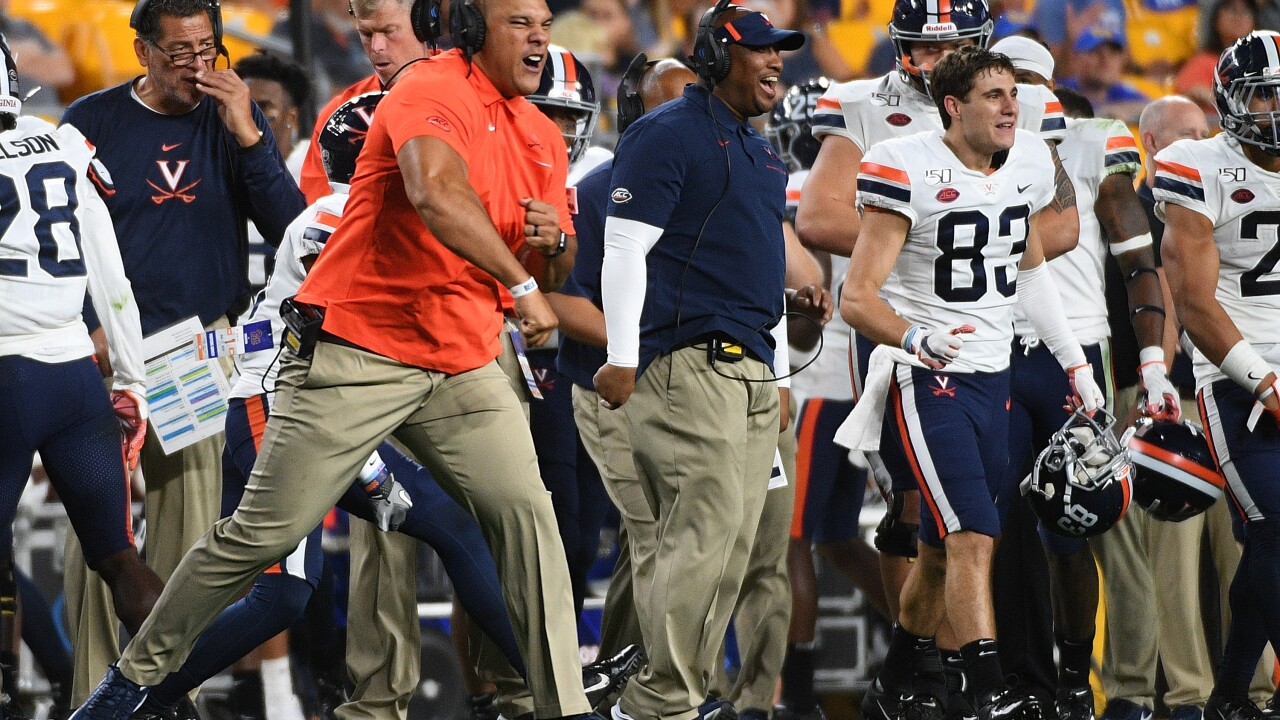 PITTSBURGH, PA – AUGUST 31: Defensive line coach Vic So’oto of the Virginia Cavaliers reacts after a defensive stop in the second half during the game against the Pittsburgh Panthers at Heinz Field on August 31, 2019 in Pittsburgh, Pennsylvania. (Photo by Justin Berl/Getty Images)

CHARLOTTESVILLE, Va. – Friday’s game at the University of Virginia’s Scott Stadium is a homecoming for many with the William & Mary program.

Tribe head coach Mike London was head coach of the Cavaliers from 2010-15, and seven members of his coaching staff have playing or coaching ties to UVA. During London’s time with UVA he had a 27-46 record.

“Going back is something you look forward to, but I’m the head coach now at William & Mary,” London said. “My job is to try to put a game plan together, go up there and be competitive.”

Tribe players will also be returning home this weekend, including offensive lineman Mark Williamson, who grew up attending games in Scott Stadium to cheer on his favorite team, the University of Virginia.

“I’ve definitely been looking forward to this game for a long time,” Williamson said. “It’s been circled on my calendar probably since the last time I was there, so this game does mean a lot to me, but I know I need to stay grounded as well as all of my teammates know that we need to stay grounded, keep our eyes on the prize here.

“Great opportunity to prove that it’s our Tribe, our state. Prove ourselves as an offense and a defense, just as well as a team.”