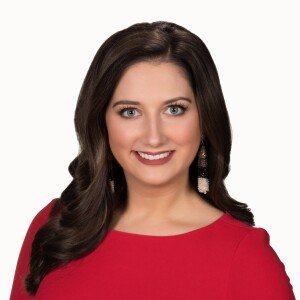 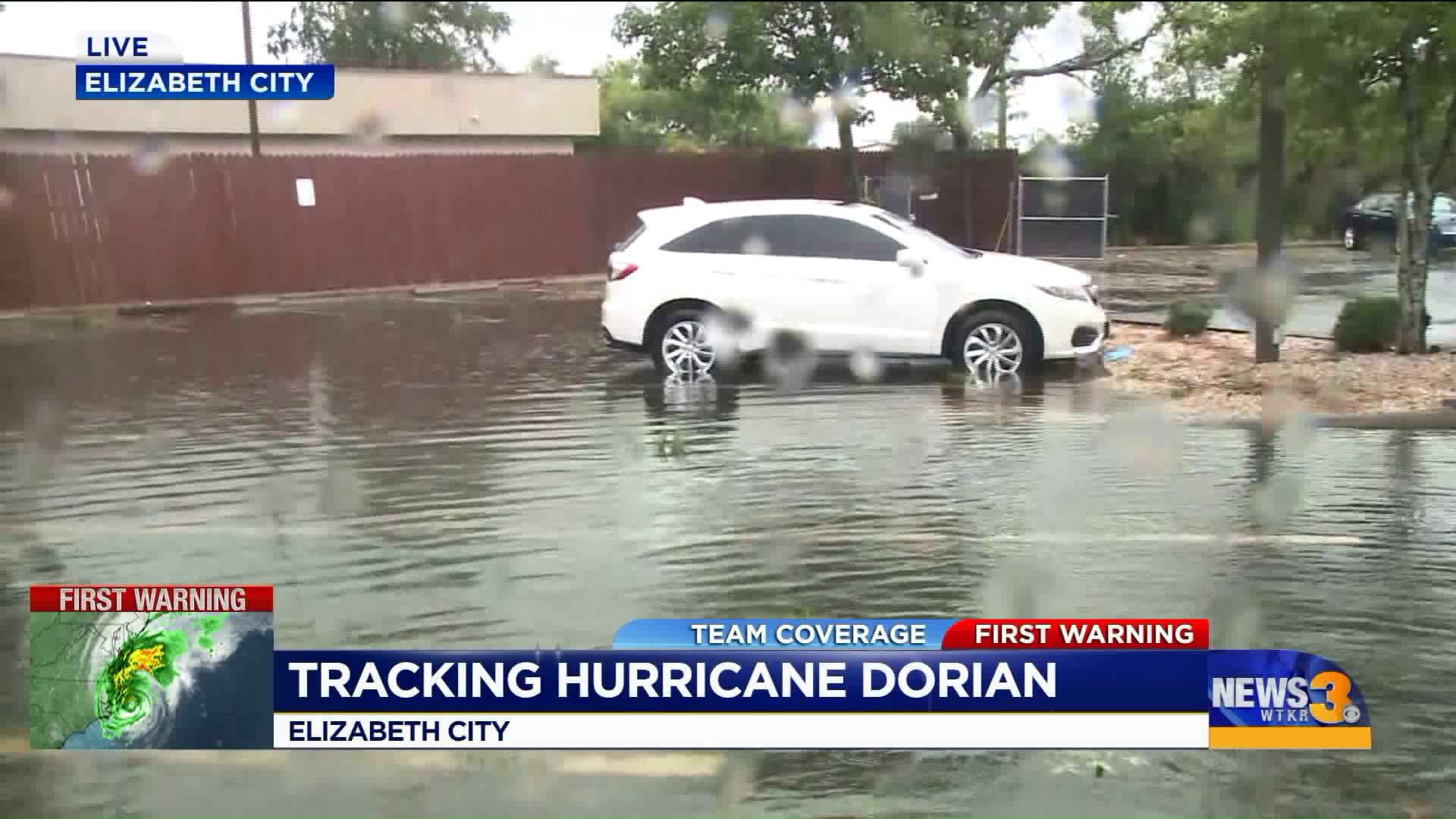 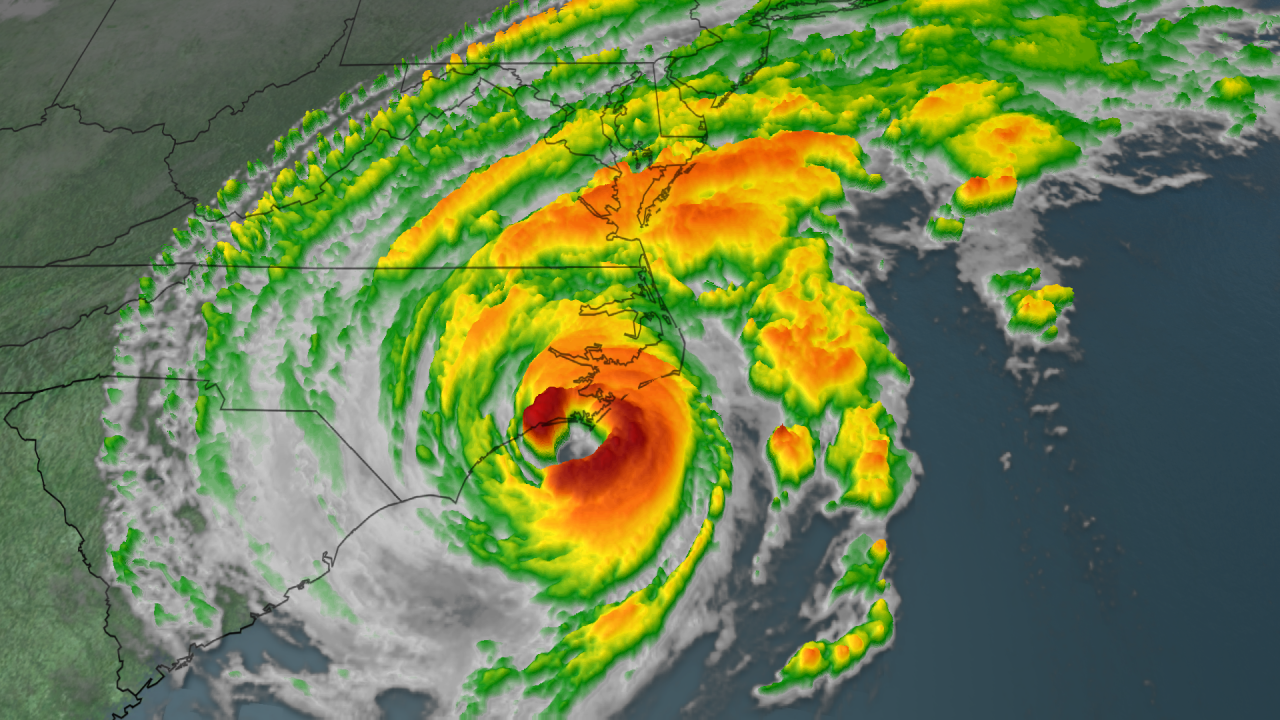 HURRICANE WARNING: For Dare, Currituck, Camden, Pasquotank, Perquimans, Hertford and Chowan counties including the Pamlico and Albemarle Sounds. This means hurricane force winds in excess of 74 mph are expected within the next 36 hours.

FLASH FLOOD WARNING: For Perquimans, Bertie, Chowan until 6:45 am.

For a complete list of watches and warnings visit: wtkr.com/weather/warnings/

Tracking Hurricane Dorian…Dorian will continue to track northeast along the North Carolina coast this afternoon. Expect the threat of damaging wind gusts, major flooding, heavy rain and possible tornadoes to continue. Widespread power outages are likely.
Expect the heaviest and most widespread rain to occur through midday. Rainfall totals will be at or around 6-10 inches for portions of the Albemarle and Outer Banks, 4-8 for Southside and inland NC, 3-5 for the Peninsula and Eastern Shore and 2-4 inches for the Middle Peninsula. Flash flooding is expected and the threat of tidal flooding will increase even after the rain ends this afternoon.

Speaking of flooding, storm surge of 2-4 feet in Hampton Roads and the Albemarle, 4-7 feet for the Outer Banks is possible. The worst of the tidal flooding will occur a little before, during and after high tide which is around 4 PM. Right now, we could see major flooding. So even though the rain will be moving out at that time, our flooding problems will be just beginning. Many flood prone areas will become inundated and impassable during that time period.

Gusty Tropical Storm force winds and Hurricane force winds will slowly decrease through the first half of the afternoon as the center of Dorian pulls away. Winds will significantly decrease overnight.

Overall, Dorian will shoot off to the northeast tonight and high pressure will build in just in time for the weekend. Expect mostly sunny to partly cloudy skies with low rain chances for the weekend. Temperatures will warm to the low and mid 80s. Expect rough surf and some minor coastal/tidal flooding to linger through the weekend.

Eye of Dorian moving east of the North Carolina coast. Dorian is centered about 50 miles NE of Cape Hatteras and moving NE at 17 mph. This general motion with an increase in forward speed is expected through Saturday night. On the forecast track, the center of Dorian will move away from the coast of North Carolina during the next several hours. The center should move to the southeast of extreme southeastern New England tonight and Saturday morning, and then across Nova Scotia late Saturday or Saturday night.

Maximum sustained winds are near 90 mph  with higher gusts. Slow weakening is expected through Saturday. After that, Dorian is forecast to become a post-tropical cyclone with hurricane-force winds by Saturday night as it approaches Nova Scotia.

1. An area of low pressure, the remnants of Gabrielle, is producing an area of showers and thunderstorms to the north of its center. Although upper-level winds are not particularly favorable for re-development of this system at this time, conditions are expected to become increasingly conducive for regeneration, and the low is likely to become a tropical storm again within the next day or so.

2. A low pressure system located just west of the Cabo Verde Islands is producing a small area of disorganized showers and thunderstorms. Little if any development of this disturbance is expected for the next couple of days, but environmental conditions are expected to become favorable for a tropical depression to form early next week while the system moves westward across the tropical Atlantic Ocean. Enhanced rainfall is possible across the Cabo Verde Islands through today as the low moves away from the area.

3. Disorganized showers and thunderstorms located several hundred miles east of the Leeward Islands are associated with a tropical wave. Development, if any, of this system will be slow to occur while it moves slowly northwestward during the next few days.