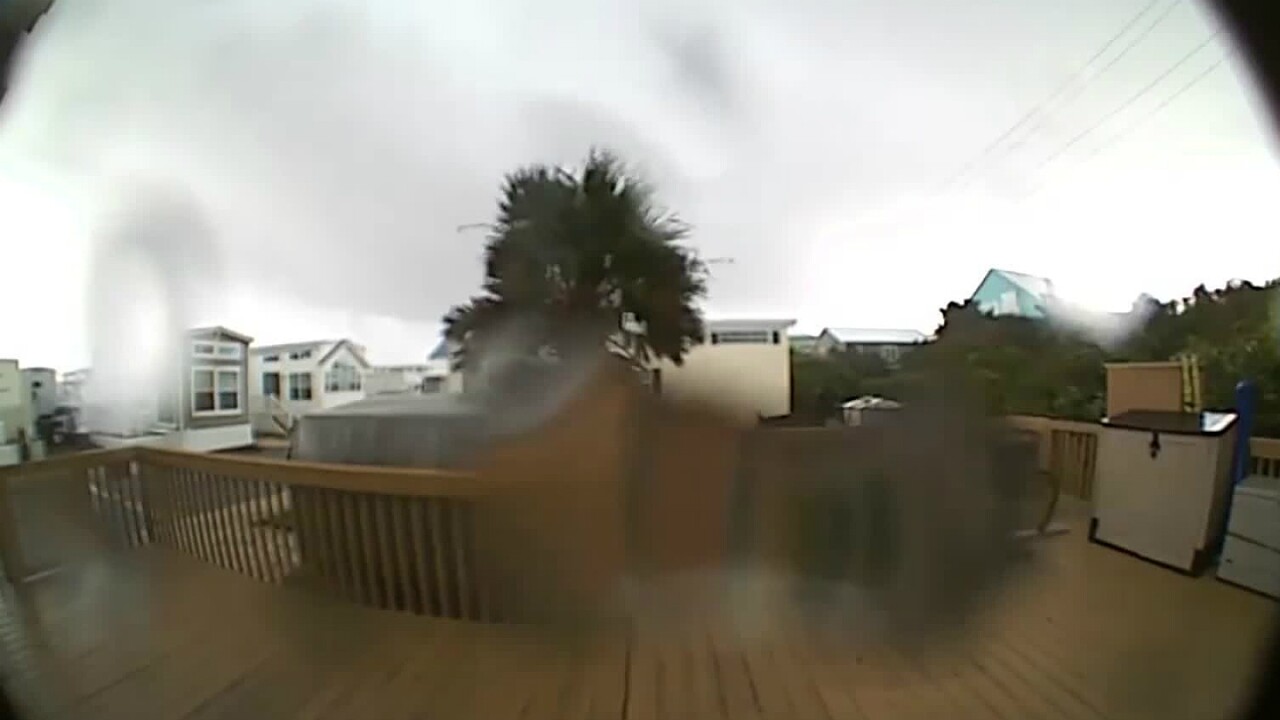 Jason Sawyer and his wife were watching a live camera feed of Hurricane Dorian lashing North Carolina’s Emerald Isle, where they have a home, when the connection went offline.

So the man decided to check his Ring doorbell camera. That’s when he saw his house being wrecked by a tornado.

“The doorbell camera too was offline and then we received reports of a tornado in the area,” Sawyer told CNN. “That’s when we checked the event history and saw the video.”

Ring footage shows rising, howling wind from the tornado, one of the 24 spawned from Hurricane Dorian in parts of the Carolinas, lifting their home before the connection cuts out.

The couple, who were home in Raeford during the passage of Hurricane Dorian, immediately knew their Emerald Isle property was destroyed.

“We were amazed and really just taken back,” Sawyer said. “It was surreal to see it happen. The sound was the most notable part and really just emphasized how powerful the tornado was.

“It should serve as a warning to anyone that thinks they can ‘ride it out’ to reconsider. Everyone was concerned with the hurricane and never considered a water spout turned tornado.”

Sawyer said one of his neighbors took photos of what’s left of the house and sent them to him.

He is waiting for the bridge to the island to reopen. He then can return, assess damages and speak with neighbors.

Tornadoes are common in the thunderstorm bands of hurricanes and tropical storms, especially in the right-front quadrant of the system. The tornadoes tend to be short-lived and can have little, if any, warning.