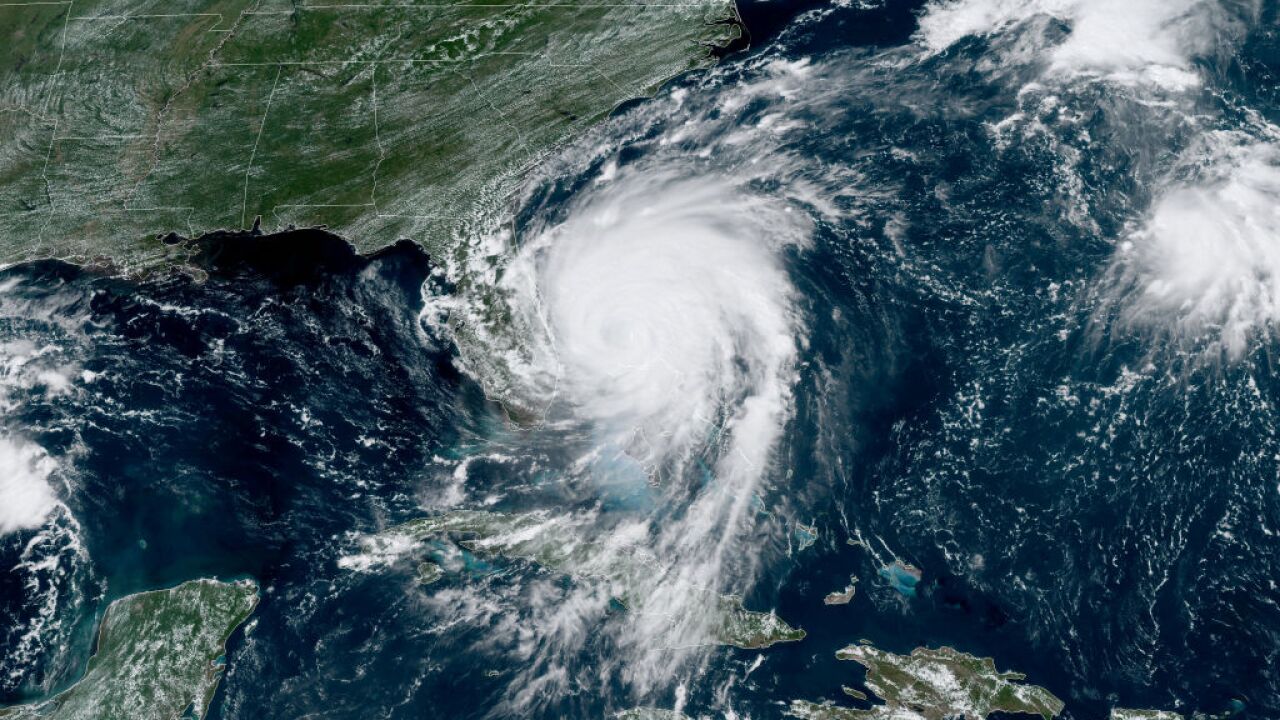 ATLANTIC OCEAN – SEPTEMBER 3: In this NOAA GOES-East satellite handout image, Hurricane Dorian, now a Cat. 2 storm, inches northwest away from the Bahamas on September 3, 2019 in the Atlantic Ocean. Dorian moved slowly past the Bahamas at times just 1 mph as it unleashed massive flooding and winds of 150 m.p.h. (Photo by NOAA via Getty Images)

RICHMOND, Va. – The Virginia National Guard announced Thursday that approximately 60 Soldiers and 20 vehicles have been staged for state emergency support in the Eastern Shore and Hampton Roads areas.

The Soldiers, who are staged with Humvees and tactical trucks for high-water transportation, will assist local and state emergency agencies if called upon.

The National Guard said in a statement that the Soldiers also have chainsaws for debris reduction, and that two rotary wing aviation rescue

“Whether we are mobilizing 60 Soldiers in two key locations for possible Hurricane Dorian response or staging 1,500 Soldiers across the commonwealth like we did last year for Hurricane Florence, the Virginia National Guard has shown it can rapidly respond with the capabilities our state agency partners request,” said Maj. Gen. Timothy P. Williams, the Adjutant General of Virginia.

“I am incredibly proud of the Soldiers who quickly responded to the call of duty and are stationed in Onancock and Hampton Roads and the joint team of Soldiers, Airmen, Virginia Defense Force personnel and state and federal civilians supporting them. It is an honor for us to be part of the multi-agency state response ready to keep our fellow Virginians safe.”