Storm surge threat in your neighborhood 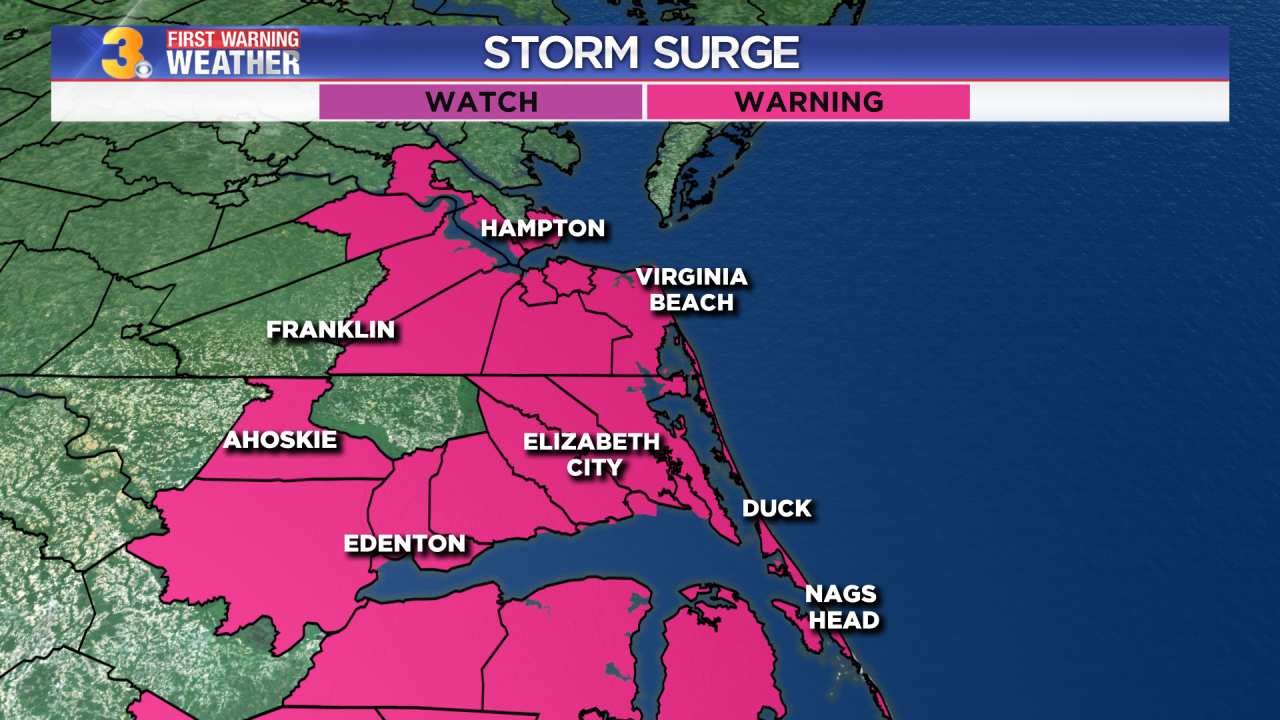 Storm Surge: an abnormal rise of water generated by a storm, over and above the predicted astronomical tide. It’s the change in the water level that is due to the presence of the storm.

A Storm Surge Warning means there is a danger of life-threatening inundation, from rising water moving inland from the coastline, somewhere within this area within the next 36 hours.

Moderate to major tidal flooding is expected. Low-lying roadways will be inundated and become impassible. Any areas along the coast will be impacted, especially along the lower Chesapeake Bay, southeast Virginia, and northeast North Carolina. Storm surge inundation could begin as early as Thursday night. The time period we’re most worried about is the tide cycle Friday afternoon and Friday night. 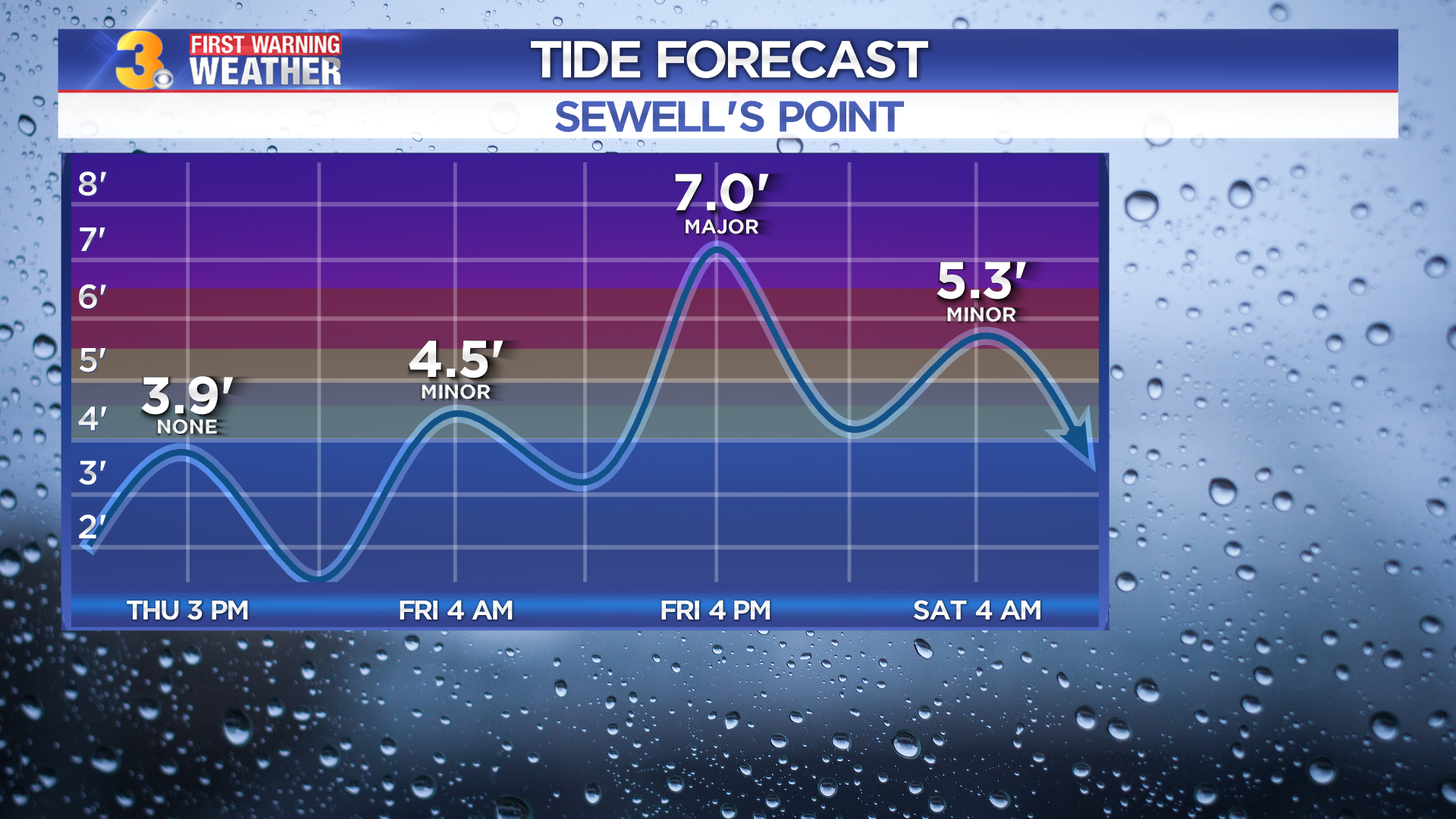