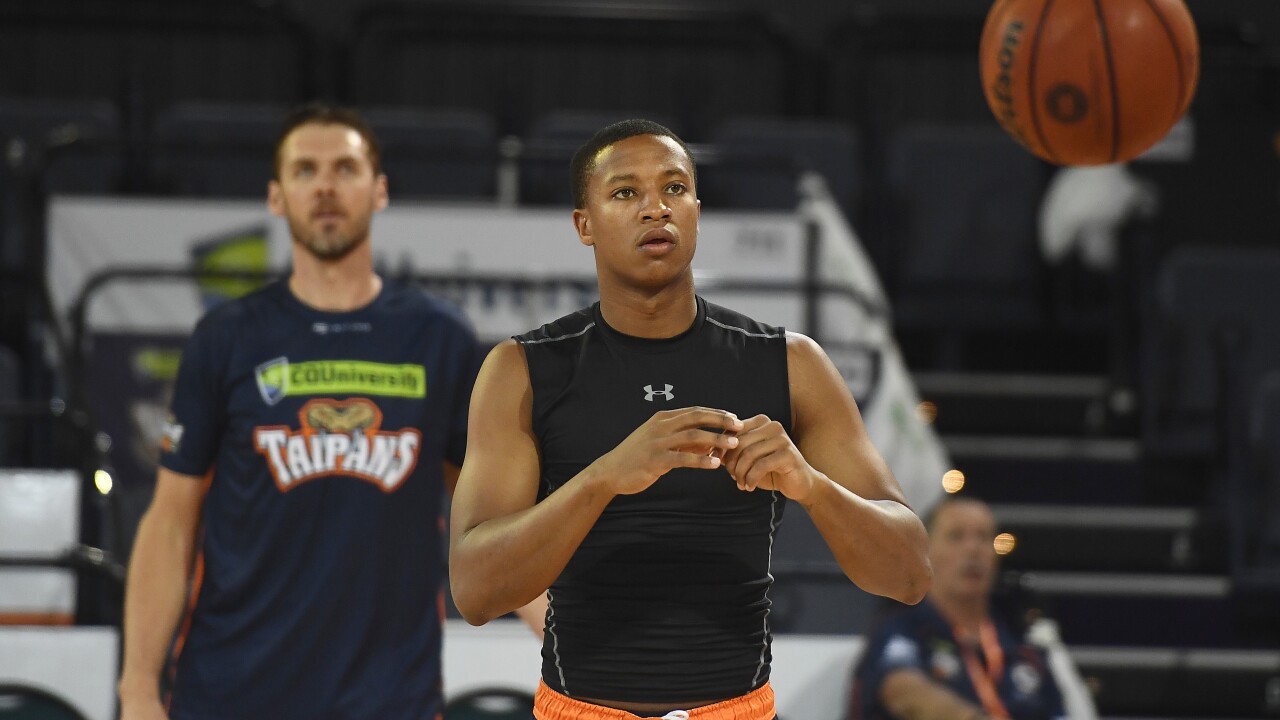 Devon Hall of the Taipans. (Photo by Ian Hitchcock/Getty Images)

Devon Hall of the Taipans during warm up. (Photo by Anthony Au-Yeung/Getty Images)

OKLAHOMA CITY, Okla. (Thunder Media Relations) – The Oklahoma City Thunder has signed guard Devon Hall to a Two-Way Contract, it was announced today by Executive Vice President and General Manager Sam Presti. Per team policy, terms of the agreement were not released.

Hall (6-5, 215) appeared in 10 games (three starts) with the Oklahoma City Blue (NBA G-League) during the 2018-19 season, averaging 7.3 points, 1.4 rebounds and 1.5 assists in 21.1 minutes per contest while shooting 42.2 percent from three-point range. In the same season, prior to joining the Blue, the Virginia Beach Native (Cape Henry Collegiate) played for Cairns Taipans of the National Basketball League of Australia, appearing in 28 games (19 starts) and averaging 9.2 points, 4.4 rebounds and 2.5 assists in 28.9 minutes.

Hall was originally selected by Oklahoma City with 53rd overall pick in the 2018 NBA Draft after playing four seasons at the University of Virginia.