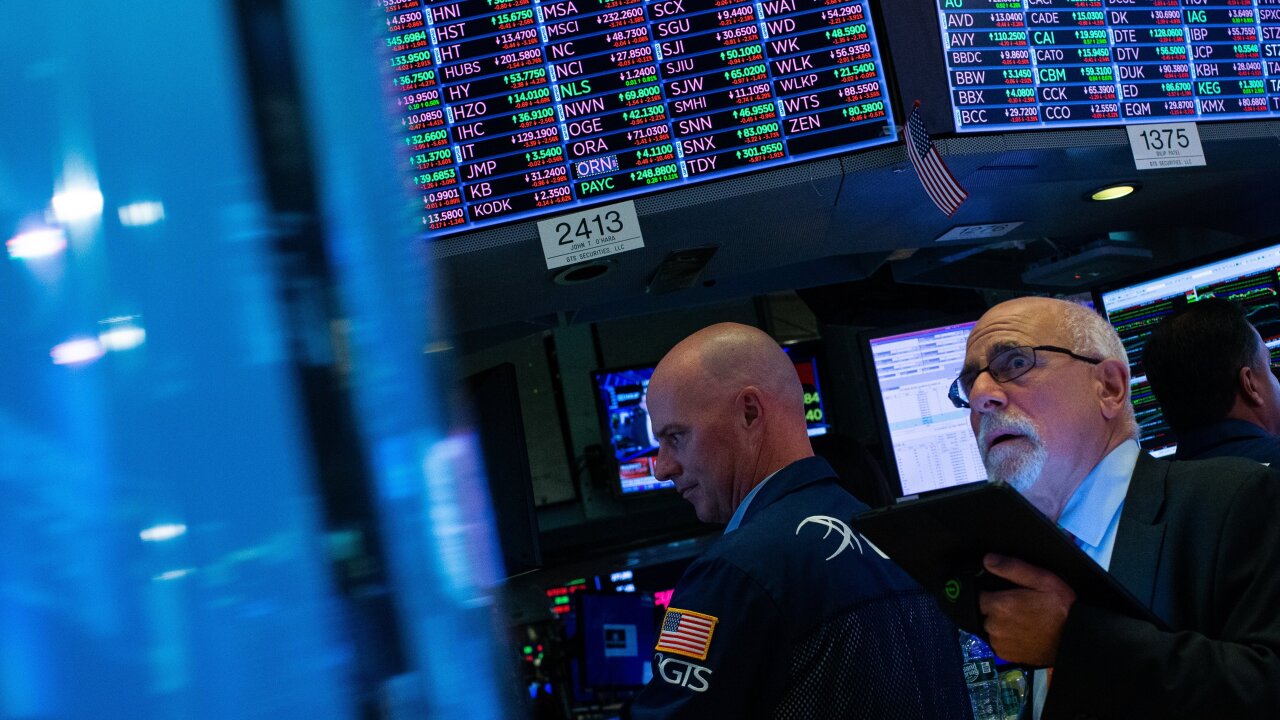 The Dow and the broader stock market are headed lower. Investors’ sentiment soured after US tariffs on Chinese imports came into effect over the weekend. Fresh concerns about Brexit are also keeping global markets lower.

The Dow and the broader stock market headed shaprly lower on Tuesday. Investors’ sentiment soured after US tariffs on Chinese imports came into effect over the weekend, and concerns about Brexit and manufacturing also kept global markets lower.

US stocks opened lower across the board, with the Dow sharply down, shedding more than 400 points. The S&P 500 and Nasdaq Composite both traded 1.1% lower, respectively. Stocks extended their losses after worse-than-expected manufacturing data.

The Institute of Supply Management’s manufacturing index for August came in at 49.1 — its lowest level since January 2016, and worse than the 51 number expected. A level below 50 indicates that the sector contracted. August marked the first time in three years that the US manufacturing sector shrank.

US manufacturing has been hurting because of the trade war and a global economic slowdown. So far, however, the US consumer has kept the economy roaring.

European bourses were lower across the board as the future of Brexit is growing more uncertain and a general election could be looming. It would be the third UK election in four years.

On Sunday, the United States imposed a 15% tariff on some $110 billion worth of Chinese imports, while Beijing retaliated with 5% to 10% levies on about $75 billion of American imports.

China meanwhile filed a complaint against the United States with the World Trade Organization, according to multiple news reports.

This latest round of US tariffs also hit Chinese-made consumer products, including apparel and electronics. The United States delayed he implementation of about half of these consumer goods tariffs until December 15, aiming not to disrupt holiday shopping too much.

One way or another, American consumers’ worries about the trade war are beginning to crop up in economic data and will be a closely watching part of the data going forward.