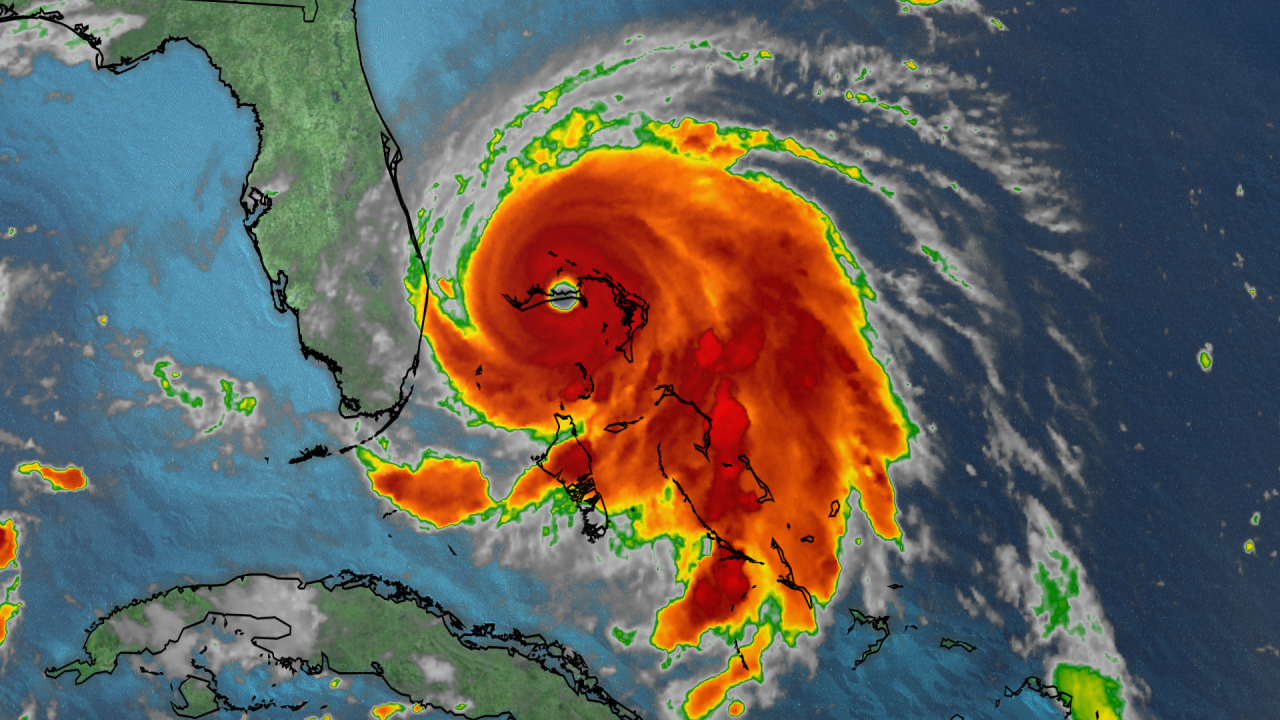 We will see a mix of clouds today with more clouds in the morning and more sunshine in the afternoon. An isolated shower or storm is possible today but today will not be a washout. Highs will return to the mid 80s, near normal for this time of year.

The first day of school for southeastern Virginia will be nice. Temperatures will start near 70 in the morning and return to the mid 80s in the afternoon. We will see partly cloudy skies with slim rain chances.

We will warm to the upper 80s on Wednesday before a cold front moves in. Expect sunshine in the morning with clouds building for the afternoon. Scattered showers and storms will move in late in the afternoon to evening.

***Potential impacts from Dorian will be felt on Thursday and Friday. We are still days out so forecasts will be updated and fine-tuned.***

A cold front will move in from the northwest and stall on Thursday. At the same time, hurricane Dorian will be moving up the East Coast. Expect the biggest impacts on Thursday and Friday, with some rough surf and tidal flooding sticking around into the weekend. Right now, we could see 2-4 inches of rainfall and up to 6+ inches along the Carolina coast. Based on the current forecast track, wind gusts to 50+ mph are not out of the question late Thursday to early Friday.

Dorian remains a category 5 hurricane over Grand Bahama Island. Dorian is centered about 120 miles east of West Palm Beach, Florida and moving west at 1 mph. The hurricane will move dangerously close to the Florida east coast tonight through Wednesday evening. Dorian will continue moving up the East Coast Thursday and Friday.

Maximum sustained winds are near 165 mph with higher gusts. Although gradual weakening is forecast, Dorian is expected to remain a powerful hurricane during the next couple of days.

We are tracking four additional areas for potential tropical development…

A low pressure system located about 300 miles west of the Cabo Verde Islands continues to show signs of organization. A tropical depression is expected to form during the next day or so while the system moves generally NW across the eastern tropical Atlantic Ocean.

A broad area of low pressure located over the south-central Gulf of Mexico is producing a wide area of showers and thunderstorms. This system has become better organized since yesterday, and a tropical depression could form during the next few days while the low moves slowly west across the south-central and southwestern Gulf of Mexico toward the coast of Mexico.

A trough of low pressure is located several hundred miles SSE of Bermuda. Gradual development of

this system is possible during the next few days while the disturbance moves slowly north or NNW.

A tropical wave is forecast to emerge over the far eastern tropical Atlantic between Africa and the Cabo Verde Islands in a few days. Some gradual development of this disturbance will be possible late

this week or over the weekend while it moves west to WNW.