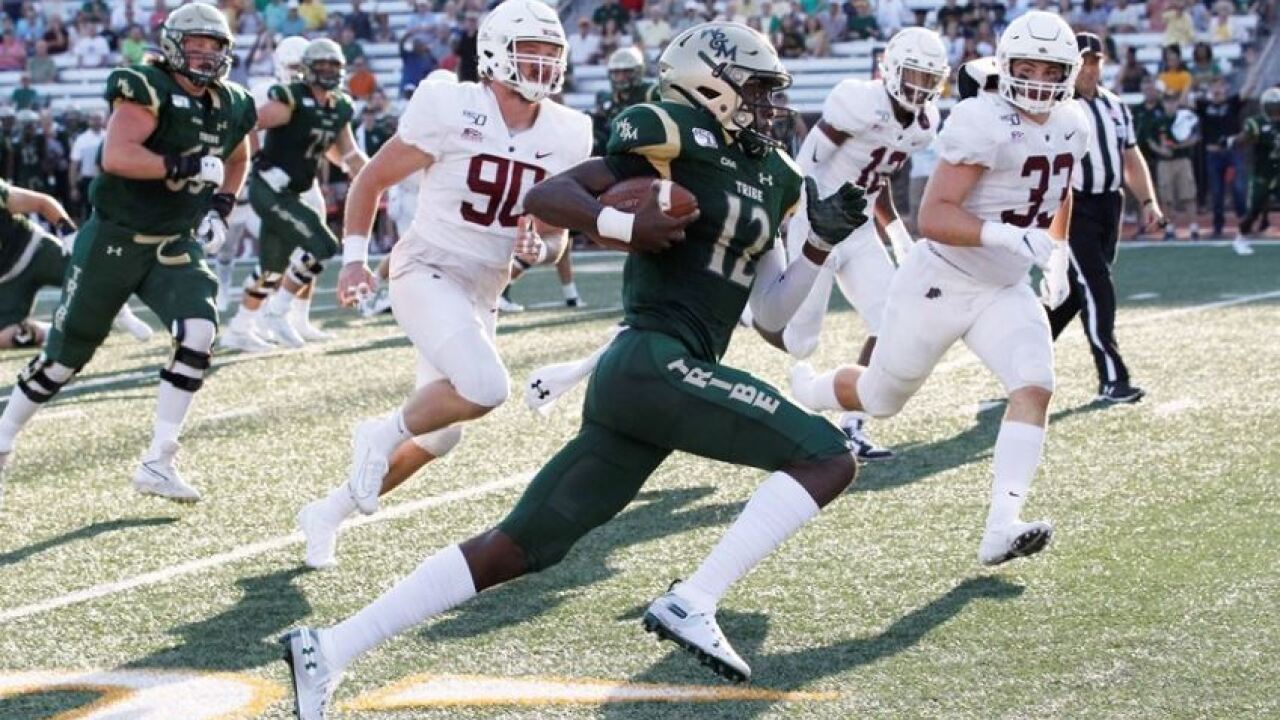 Mathis led the Tribe with a game-high 127 rushing yards on 16 carries with a touchdown. The impressive rushing total marks the best effort by a Tribe quarterback in school history.

The Pittsburgh, Pa., native also completed 6 of 13 passes for 66 yards, while he recorded a 40-yard punt that pinned Lafayette at its own 8-yard line.

Mathis became the first true freshman quarterback to start a season opener in the program’s history when he took the field with three of W&M’s other quarterbacks for the Tribe’s opening offensive snap of Saturday’s game.

The Tribe will return to action when it plays at Virginia on Friday at 8 p.m. The game will be televised on the ACC Network.