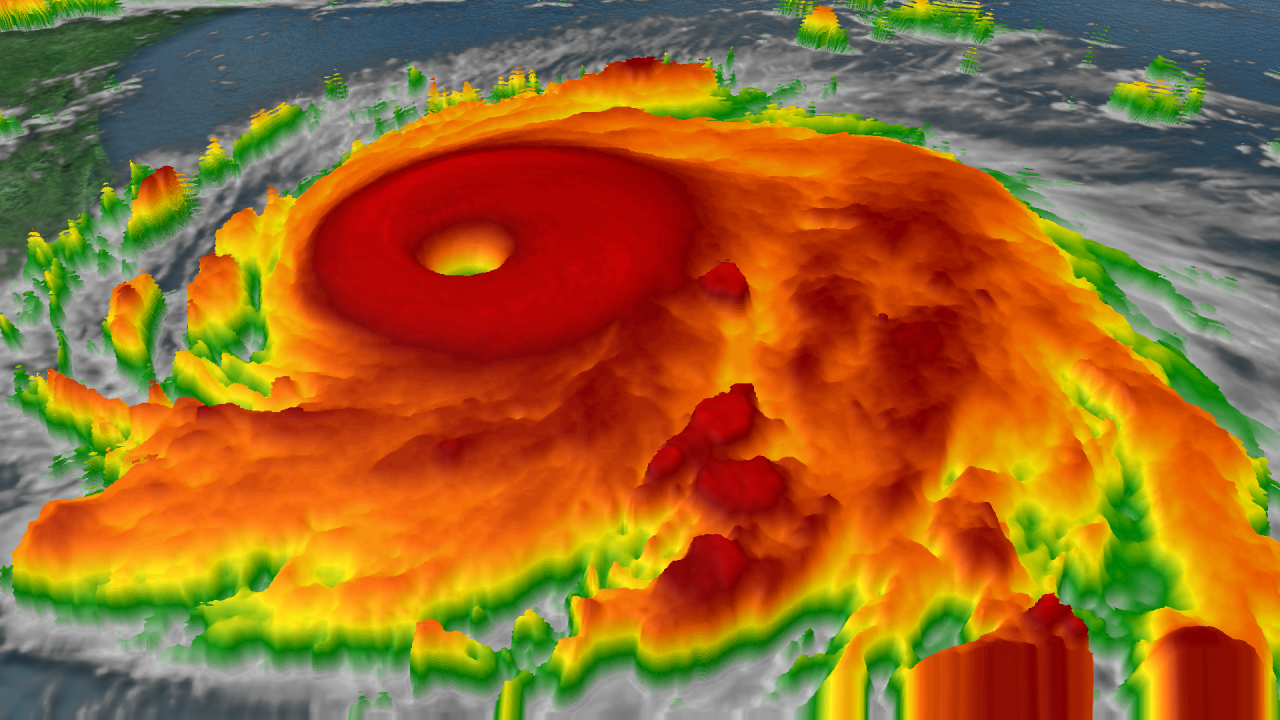 Partly cloudy overnight with lows in the upper 60s to near 70.

Labor Day will feature more clouds, especially along the coast. Just keeping a 20-25 percent chance for a shower or storm as a cold front swings through just to the north. Temperatures will warm to the low and mid 80s. Swells from Dorian are already reaching us here in coastal Virginia and the OBX. Red flags will be flying at area beaches through the week due to a high risk of rip currents. The surf will get rougher as Dorian approaches.

Back to school for kids in Virginia on Tuesday! Temperatures will be in the 60s to near 70 as they head out to the bus. Skies will be mostly sunny with highs in the mid 80s. Keeping a slight 10 percent chance for a shower from a sea breeze, otherwise expect dry conditions as high pressure builds in.

A cold front will move in and stall on Thursday. We will also have Dorian approaching as a category 1 hurricane. As of now, Dorian looks like it will combine with the front, and become extratropical by Friday morning. Extratropical just means that it will lose it’s tropical characteristics when it interacts with the front. This will continue to weaken Dorian, but as it does the size of Dorian may get bigger. This is all due to the conservation of angular momentum. All of this won’t really help us because the storm can still be equally or even more dangerous. This could bring us damaging winds and flooding rainfall, especially along the coast and north and west of the center of the storm. Expect to be impacted Thursday through Friday, with some rough surf and tidal flooding sticking around into the weekend. Flooding, Rough surf, dangerous rip currents and tidal flooding will all be issues we will have to watch out for. Right now, we could see 2-4 inches and up to 6+ inches along the Carolina coast. Wind gusts 40-50 mph are not out of the question late Thursday and Friday. Of course there will be changes with the track through the next couple of days, so stay with us for constant updates. Now would be a good time to make sure you have your supplies and plans in place! We are declaring Thursday as a First Warning Action Day. This is just to give you a heads up that we have the potential for disruptive weather. As a reminder, don’t focus on the category of the hurricane. The category only takes into effect the wind speed and damage due to winds. It doesn’t take into consideration the storm surge, flooding rains and tidal flooding. Pay more attention to the impacts from the storm itself.

Dorian is moving toward the west near 6 mph as a powerful category 5 hurricane. A slower westward to WNW motion is forecast during the next day or so, followed by a gradual turn toward the NW. On this track, the core of extremely dangerous Hurricane Dorian will continue to pound Great Abaco and Grand Bahama islands overnight and through much of Monday. The hurricane will move dangerously close to the Florida east coast late Monday through Tuesday night. Maximum sustained winds are near 180 mph with higher gusts.  Slow weakening is forecast, but fluctuations in intensity could occur couple of days. Regardless, Dorian is expected to remain a powerful hurricane during the next few days. Hurricane-force winds extend outward up to 45 miles from the center and tropical-storm-force winds extend outward up to 140 miles.

**We are also watching three other disturbances in the Atlantic**

An area of low pressure located about 100 miles west-southwest of the Cabo Verde Islands is producing a large area of showers and thunderstorms. This system is gradually becoming better organized, and environmental conditions appear conducive for additional development during the next several days. A tropical depression is likely to form by the middle of the week while the system moves generally northwestward across the eastern tropical Atlantic Ocean. Heavy rainfall is possible over portions of the southern Cabo Verde Islands during the next day or two, and interests on those islands should monitor the progress of this system

A broad area of low pressure is located over the south-central Gulf of Mexico. This disturbance continues to produce widespread disorganized showers and a few thunderstorms. Some gradual development of this system is possible during the next few days while it moves slowly westward across the southern and southwestern Gulf of Mexico toward the coast of Mexico

A trough of low pressure is located several hundred miles south-southeast of Bermuda. Although the associated shower and thunderstorm activity is showing some signs of organization, the system does not currently have a closed surface circulation. Some gradual development of this disturbance is possible during the next few days while it moves slowly northward or north-northwestward.