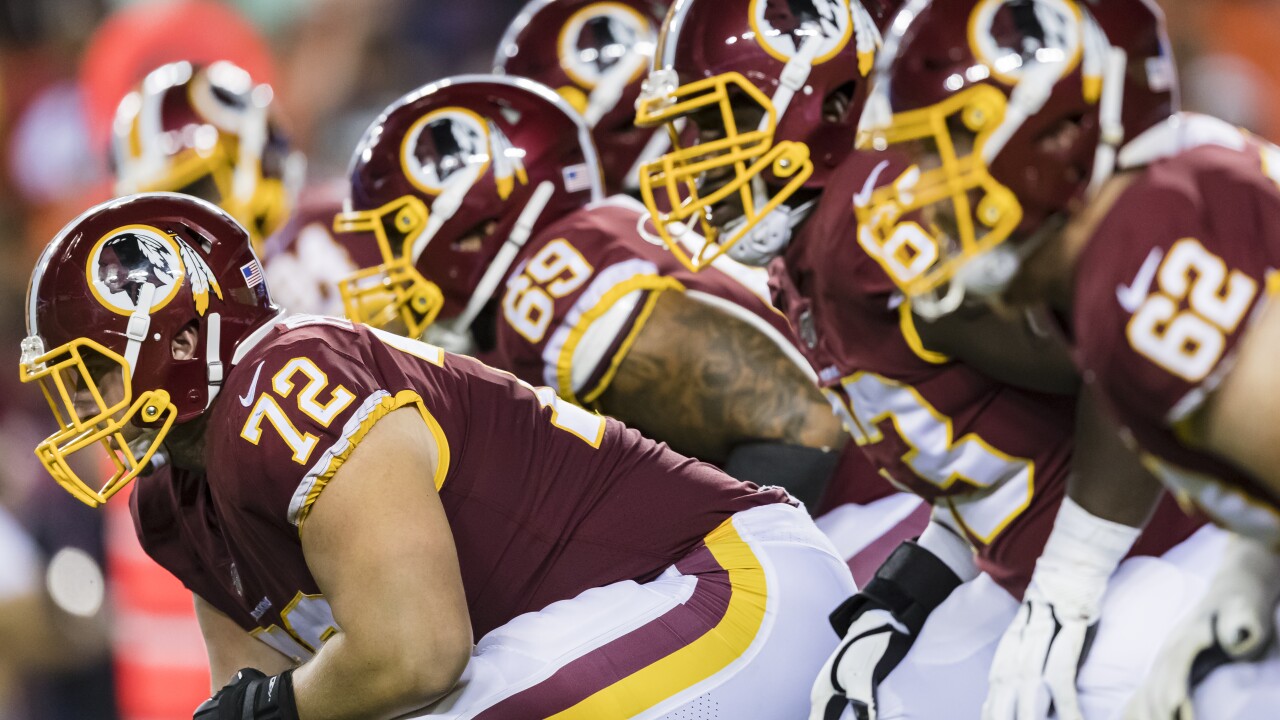 LANDOVER, MD – AUGUST 29: A view of the offensive line of the Washington Redskins. (Photo by Scott Taetsch/Getty Images)

A view of the offensive line of the Washington Redskins. (Photo by Scott Taetsch/Getty Images)

LOUDOUN COUNTY, Va. – After the Washington Redskins finalized their initial 53-man roster on Saturday, they used Sunday to add players to the practice squad and claim players off the waiver wire.

Their new addition to the running back group will feel right at home Week 1, when the team faces the Philadelphia Eagles at Lincoln Financial Field.

Washington claimed former Eagles running back Wendell Smallwood, a fifth-round pick in the 2016 draft. To make room for the new addition, the Redskins waived running back Byron Marshall.

The Redskins add the following players to the practice squad:

Linebacker Jordan Brailford and running back Shaun Wilson were placed on the Reserve/Injured list.

The Redskins open their season in Philadelphia on September 8th, when they face the Eagles in a 1:00 p.m. matchup.