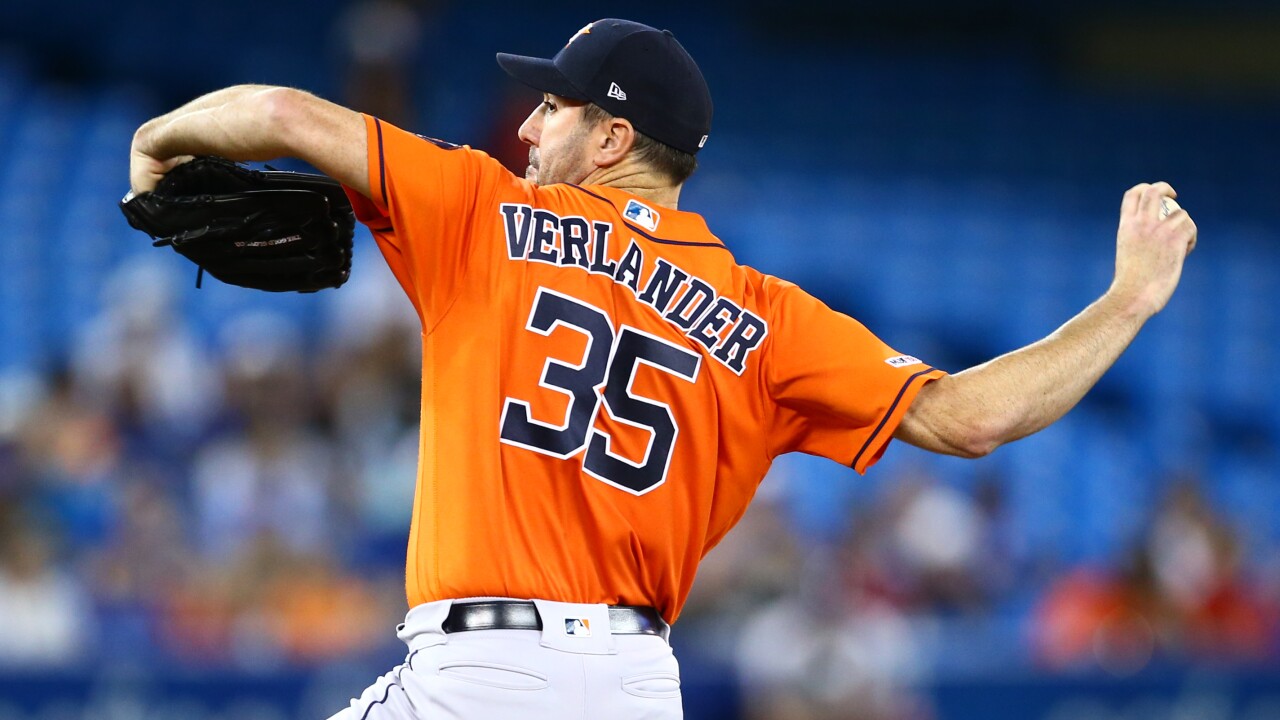 TORONTO, ON – SEPTEMBER 01: Justin Verlander #35 of the Houston Astros delivers a pitch in the fifth inning during a MLB game against the Toronto Blue Jays. (Photo by Vaughn Ridley/Getty Images)

The right hander throws a no-hitter in Toronto against the Blue Jays, becoming just the sixth player in MLB history to throw three or more no-hitters in a career.

Verlander struck out 14 and walked one over the course of 120 pitches thrown.

Today’s no-hitter is Verlander’s second one at Toronto’s Rogers Centre, making him the first pitcher in MLB history to throw two no-hitters as a visitor in the same ballpark.