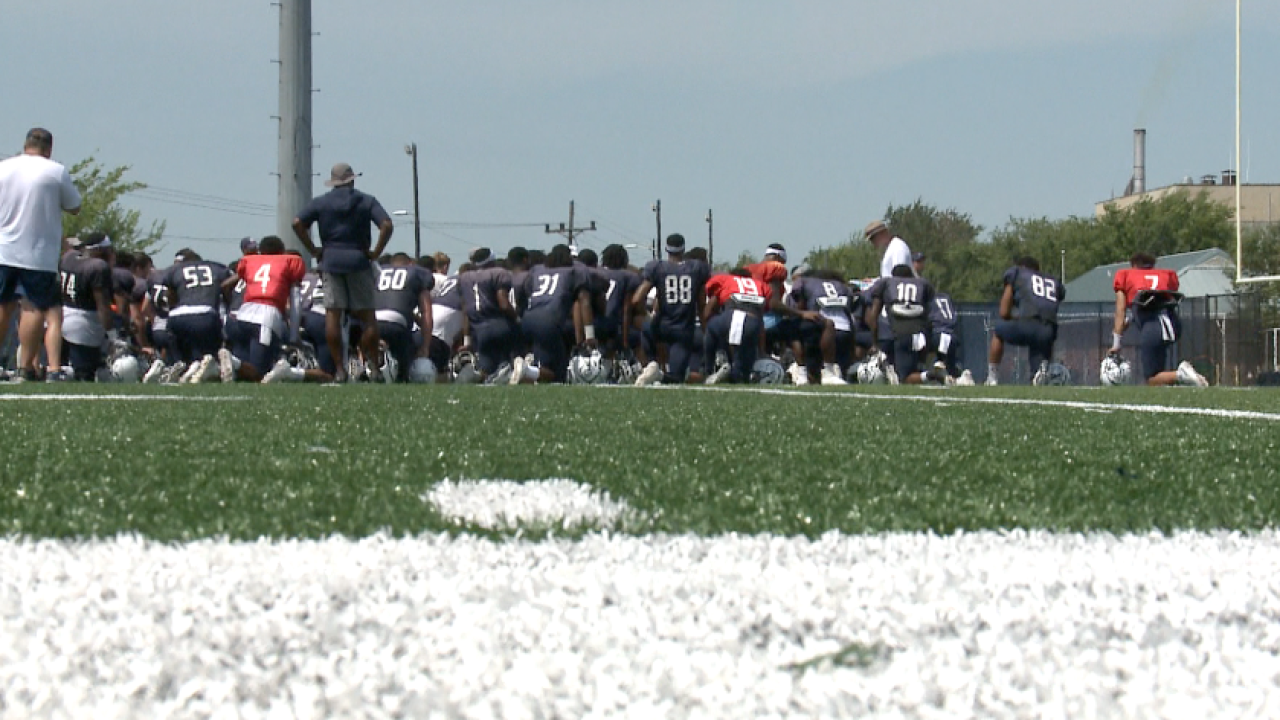 This season ODU looks to meet a standard that they’ve fallen short of in recent years.

“Each year we want to be in a bowl game,” head coach Bobby Wilder said. “Two years ago we had an opportunity going into the last game. We didn’t get the job done. A lot of things happened last year, the amount of injuries we had, particularly on the defensive line.”

The Monarchs look to play up to their standard with a team that looks completely different than last season’s. While there are 64 returning players, there are a whopping 46 newcomers on the team.

“We’re gonna be new, there’s gonna be some players that are gonna be nervous, there’s a lot of nerves,” said Wilder, who hopes to avoid a third straight losing season. “As you guys know, in college football there are no scrimmages. It’s not like the NFL where you have preseason scrimmages to get warmed up. So, what we’ve gotta be able to do is just try to stay focused on good fundamental football, protecting the football and then doing the things that help you win games.”

ODU is 7-and-3 all-time in regular-season openers. Kickoff from S.B. Ballard Stadium is set for 7:00 p.m.