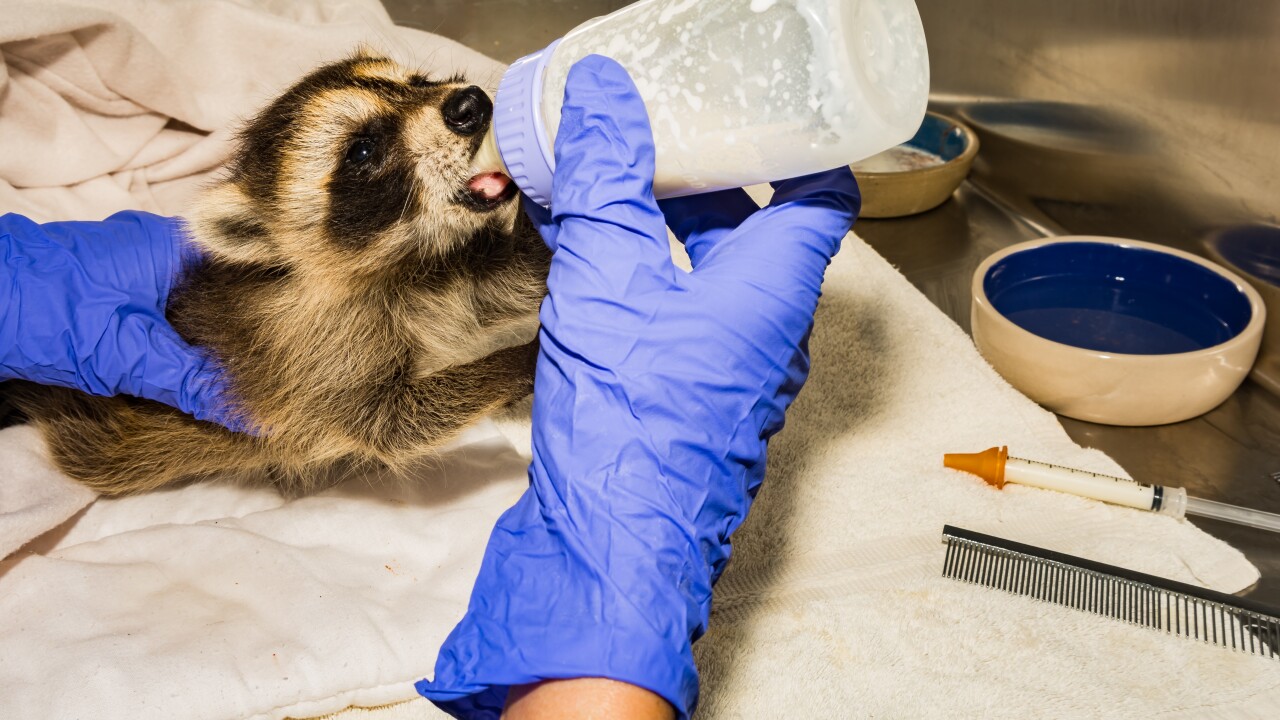 A baby Raccoon being fed at an animal rehab facility.

A Florida wildlife refuge is seeking foster homes for about 400 animals as Hurricane Dorian inches closer. Some of the animals that don’t get a place to shelter will be sent back into the wild, CNN affiliate WFOR reported.

The nonprofit South Florida Wildlife Center is in Fort Lauderdale, which is in the cone area that might be affected by the hurricane. The center treats injured and orphaned animals such as owls, squirrels, ducks and opossums with a goal of rehabilitating and releasing them into the wild.

“Everybody has their hands full. We had 411 animals on the property when I came in this morning,” Dr. Renata Schneider told the station Friday.

The center has started releasing animals that were in good shape, she said, adding that animal instincts will keep them safer in the wild during a hurricane than they would be in a cage.

Those who are not will be placed in a foster home to ride out the storm, the station reported.

Hurricanes are a big cause for concern among both wild animals and pets. Hurricane Harvey in Texas two years ago separated pets from their owners as flood waters got too high. And wild animals were displaced from their environments because of the severe weather.

The Charleston Animal Society is preparing for the possibility that the animals in the hurricane’s path will be in need once again. Employees went from South Carolina to Florida on Friday to pick up 60 to 100 animals and shelter them from Dorian, CNN affiliate WCBD said.